This is the night we have waited for since the confetti fell on another New England Super Bowl victory. Opening night. Finally, football is really, truly, completely, back. What better way to start a season than with two historic franchises. Two bitter rivals. Two teams battling for supremacy in the NFC North. This is what we live for. Bears. Packers. It doesn’t get better than this, boys and girls. It’s time to break this son of a bitch down and find a winner. Let’s do it. 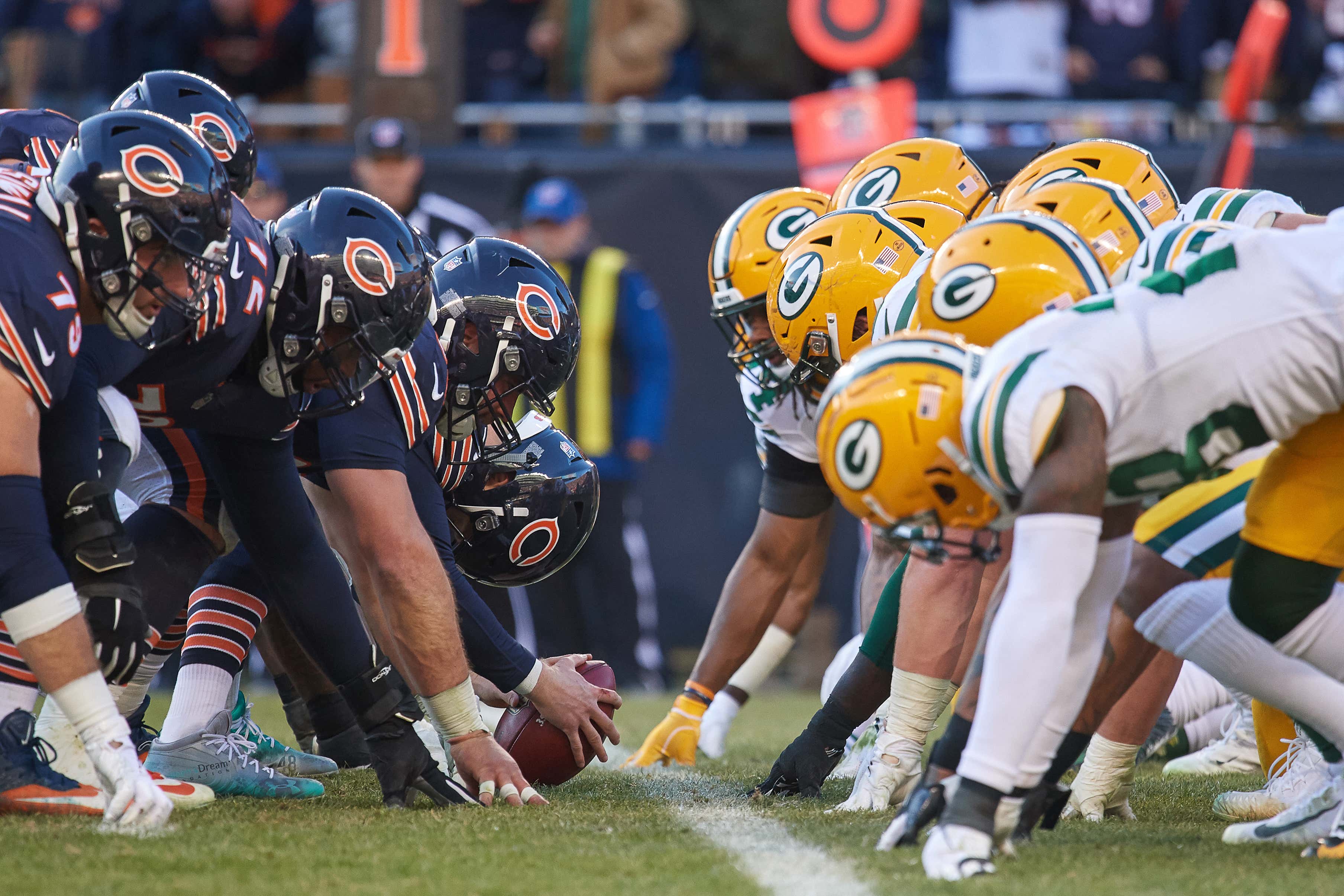 The Bears open the season on the heels of an incredible regular season campaign last year. They went 12-4, won the division and played amazing defense, forcing thirty (30!) turnovers last year. After an offseason which saw Jordan Howard jettisoned to Philadelphia and David Montgomery drafted to fill the void, the Bears are back looking to defend their NFC North crown. So much of this season will hinge on the development of Quarterback Mitch Trubisky. Trubisky was effective if not spectacular last year. If he can make further progress this season and get even better, the Bears are going to be damn near impossible to beat. Their defense is a huge part of that equation, but just keep in mind those turnovers are unlikely to be repeated. There will likely be some regression on the defensive side of the ball, though they will still be a top unit.

Green Bay bring in a new head coach for the first time in Aaron Rodgers’ career in first time head man Matt LaFleur. Rodgers comes into the season healthy and with a nice complement of weapons offensively. Davante Adams is as good a wide receiver as there is in the NFL, but they are deep at the position as well. Marquez Valdes-Scantling and Geronimo Allison provide reliable targets at the wide out position, and Jimmy Graham and Mercedes Lewis are solid pass catching options at tight end. The real difference maker offensively could be Aaron Jones at running back. In twelve games last year he went for over 700 yards and will be expected to more with more opportunity this season. The Packers are also hoping for development from a relatively inexperienced defensive unit.

Ultimately this is likely to be a close game. That’s what the Packers and Bears do, they play close games. Both teams are going to want to run the ball, but again, I think this game comes down to Rodgers and the Bears defense. In a close game, on opening night, in a rivalry game, it’s incredibly hard to pick against Rodgers. So, I won’t. I think the Packers come out tonight and get the win outright against the Bears. Even if you’re on the fence about the pick, the fact that I get a healthy #12 in a huge game like this and +150 on the money line??? I have to take that value.

Let’s sit back, crack open a couple bottles of Pink Whitney, enjoy some football, and cash this ticket baby!