I normally don’t use a ton of foul language but for this matchup I can’t help myself. Fuck the Packers, fuck Aaron Rodgers, fuck Peter Bukowski, fuck Pete Prisco,  fuck every one of the “owners” (Except my good friend Pat and Larry the Goldfish), and fuck the entire city of Green Bay. The Packers had a nice run of luck with an assist from the referees, but that era is over. We are now entering the era of the Chicago Bears dominating the NFL.

All of the so called experts thinking the Bears will regress are idiots. The Bears improved their team where they needed to most. The RBs are better, the kicker is better, and especially the fans are better. This team has the makings of another dynasty that can rival that of the 1985 Chicago Bears. Get ready Bears fans Mitch is going to bring us to the promise land.

The Packers hold the slight edge here at 97-95-6 but this will for sure be equal by season’s end. Imagine what the record would be if the referees didn’t have a thing for the Packers and a thing against the Bears.

Either way this is the matchup of two teams going in the exact opposite direction. With A-Rodg 36 and injury prone the Pack might have a long run of being at the bottom of the league. Meanwhile the Bears are on their way up to the top of the league and it looks like they’re going to be there for a while.

It’s too early in the season for proper Bear weather but it really doesn’t matter. This team can play in any weather. Hell, the ’85 Bears played week 1 of the season on a 92 degree Chicago afternoon.

I get why the Bears are only giving 3 points. We don’t know what the Packers new offense looks like, we don’t know how good the Bears D will be without Vic, blah blah blah. It’s all bullshit. The Bears are at home with the greatest fans in the world cheering for them and on top of that they have a much more talented roster head to toe. Take a loan out on your car title, take a payday loan, take a home equity loan and put it all on the Bears giving the 3 and the over*^.

Bears D/ST They’re the best in the league and in my expert opinion they are only going to get better. Wouldn’t be shocked if they scored twice tonight.

Eddy Piniero The last time the Bears won the Super Bowl their kicker was a rookie. With the amount of points this team is going to put up this season you can expect Eddy to be a regular at the top of the kicker rankings.

David Montgomery Another rookie but one that is going to dominate the league from day 1. This is likely our best RB since Forte and he possibly might be as good as Payton.

Aaron Rodgers The guy is old and washed up, he can’t get along with his coaches, his family or his teammates. It’s just a recipe for failure. Decent career but it’s over now. I wouldn’t even draft him.

Aaron Jones The Bears D should be one of the best run defenses in NFL history. I’m not sure I would even start Walter against this D.

Devante Adams He’ll probably get some garbage time stats but I wouldn’t expect much more than 6 grabs for maybe 60 yards.

Offense: They have a new coach that led the 2018 Tenessee Titans to the #27 scoring offense in football last year. Throw in an aging, injury prone, has been QB an offensive line that is only good because the refs let them hold, and an untalented backfield and you’re likely looking at the #27 ranked scoring offense once again.

Defense: They sucked last year so they went out and drafted defensive players and signed defensive free agents. Guess what? They are still going to suck this year. There is a reason those other teams didn’t bring back those players. They were’t worth the money for the ordinary performance you get on the field. Amos was a system Safety and your rookie LB is always going to be hurt and crying.

Offense: With Trubisky in the system for the 2nd year he should be able to take his game to a championship level. Add in new weapons like Montgomery, C-Pat, Davis, and Ridley and Mitch’s ascent to elite QB status should be pretty easy. Let’s also not forget that Head Coach Matt Nagy is one of the top offensive minds in football. This O is about to show the world.

The Packers family is full of traders. Most notably:

Adrian Amos – traded on the Defense. HaHa is better anyway.

Danny Vitale – traded on Bears fans. We’re better without you.

Luke Butkus – traded on his Uncle Dick. What the fuck Luke?! 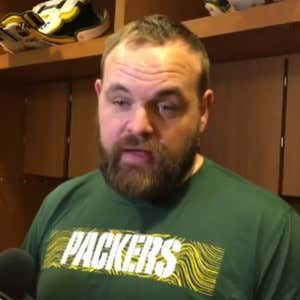 Coming Up Next Week: The Bears visit another trader, Vic Fangio, where after sucking down a little extra oxygen we will go 2-0 on the season.

*I am absolutely not respoinsible for any gambling losses you may incur from taking my suggestions.