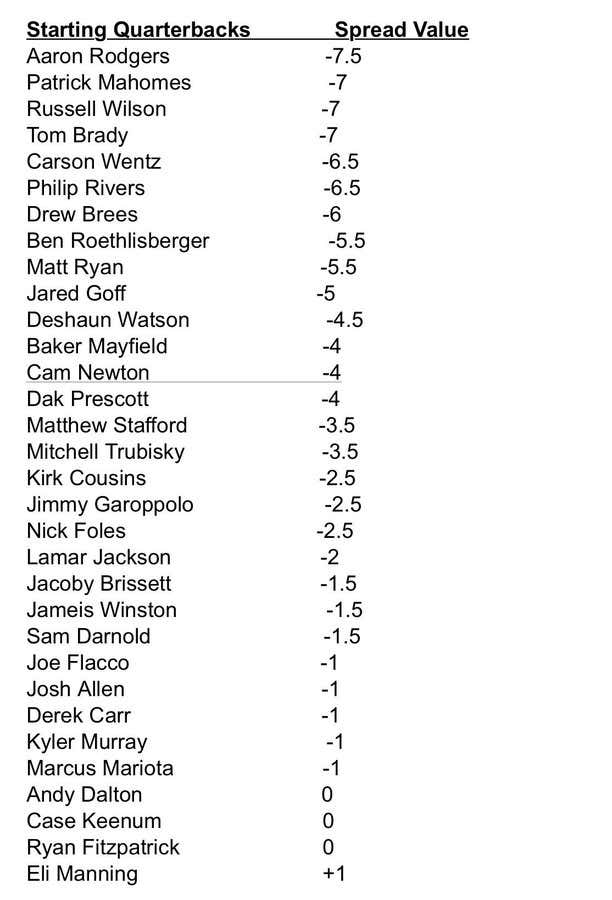 So this stat has been circulating around Twitter with the typical reaction from the tweeting hyenas after a disparaging Eli Manning stat comes out. A bunch of giggles, pot shots, and unflattering pictures of the two-time Super Bowl MVP’s face taken at inopportune times. To be honest, I’m used to it by now. Eli is just the awww shucks, relatable, common man quarterback save for the quarter of a billion dollars earned from the cock rocket right arm that could once throw a ball over mountains and beautiful wife that loves him for who he is as well as the beautiful children he fathers. Sure at first glance that list look like yet another lowlight in the last few years of hell for Elisha Nelson Manning and his faithful fans. But as any analytical mind will tell you, there are more to the numbers than you see at the surface. You can say that Eli Manning makes the Giants 1 point worse by being in the lineup. But I like to think of it as the Giants being 1 point better when Eli is not in the lineup, or more specifically when his backup that goes by the name Danny Dimes is in the lineup.

Suddenly Eli being +1 seems low to me regardless of what you think about him. Look at that pocket presence, soft touch, and fearlessness to go long. And we haven’t even seen Danny take those 4.67 wheels out of the garage for a spin yet either. So while the rest of the idiots continue to point and laugh at Eli because it’s been the fun thing to do for more than a decade, the rest of us can acknowledge the real reason for that +1 is a stud backup. And as those idiots giggle like school girls, we will while silently bide our time waiting for Daniel Jones to become the starter so we can hammer the GMen Money Lines, Overs, and like 8 million other wagers on the new Barstool Bets website where you can enter contests, track your bets, and face off against the gambling degenerates here at Barstool.

P.S. I’ll be honest, I don’t know if that part about Daniel Jones effecting Eli’s spread number is true. But the numbers on that list definitely check out since Ryan Fitzpatrick is on it as a 0 since Fitzmagic is a -7 QB while Ryan Fitzpatrick Former Harvard Nerd is a +7 QB, thus making him the epitome of an absolute 0 spread QB.