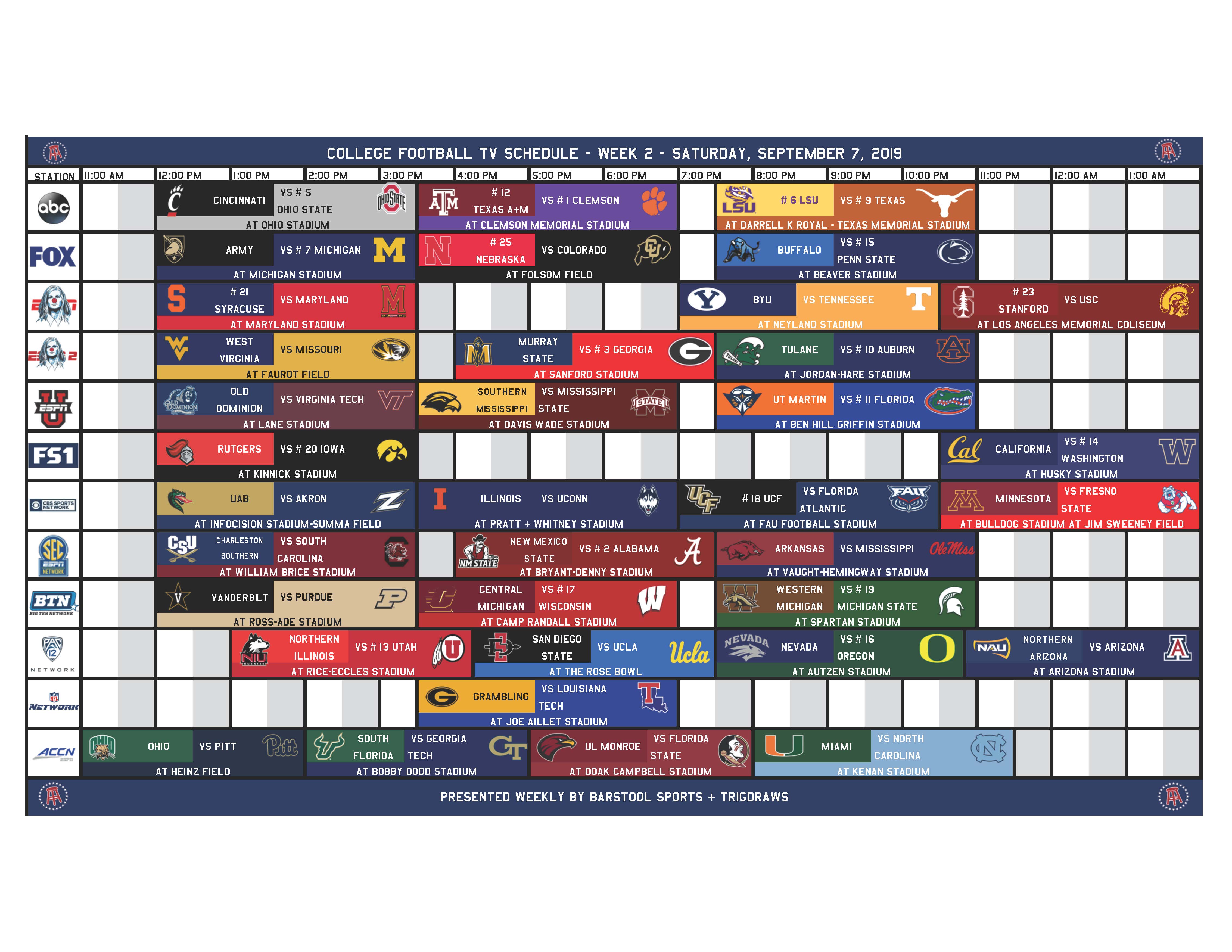 Betting Process: For week 1-4, I create my own lines using my preseason projections which are a combination of 2018 results, 2019 returning production, recruiting rankings, and coaching staff rankings (HC, OC, and DC). I then compare them to the vegas lines and anything that is off by 5+ points, I bet. It’s a new approach, that I’ve found success in while backtesting in the offseason. I bet throughout the week and post them on Twitter if you want to keep along. I’ll always do this blog on Friday, but the lines will sometimes differ. My goal is to get the best lines possible on games I bet, aka CLV (closing line value).

Clemson – Texas A&M has the potential to be fun, but this is the main event of the weekend for me.

So many questions for both sides. Will the revamped LSU offense continue to make strides or will Joe Burrow be exposed against a non-G5 pass defense? Can Ehlinger lead Texas to victory with his arm?

I think Texas shows up and keeps this game close. I could see them winning, but I could easily see a 31-28 victory for LSU.

Jimbo is 4-5 against Dabo since Dabo took over at Clemson. The games he has lost, the average margin of defeat has been 7.4 points. Jimbo doesn’t necessarily have Dabo’s “number” but he does know how to play him close, even in defeat.

Yes, it’s a different team for Jimbo, but this A&M team kept it mighty close against Clemson last year, 28-26. They won’t be intimidated by the national champs nor by death valley.

Kellen Mond is one of the most underrated QBs in the country. Last year, he ranked 28th in QBR and even though it was against Texas State to open the season, you could see he made improvement in throwing the ball.

Clemson has the talent to beat anyone in the country, but Texas A&M is right up there with him. Jimbo has been recruiting very well and Kevin Sumlin left loads of talent. In 247Sports team talent composite (ranking the best teams based on recruiting rankings of players on the current team), Clemson ranks 9th and A&M ranks 12th.

This line indicates that Pittsburgh would be around a pick-em/underdog on the road against Ohio. Sorry, I’m not buying that. Pitt may have not looked great against Virginia last week, but they are still led by a good coaching staff and have ACC talent.

This is game 2 under new OC Mark Whipple and they won’t be going up against a top-20 defense like they were against Virginia. Also, Mark Whipple used to be the head coach of UMass and put up 42 & 50 points against them in 2017/2018.

Having this game at 11 AM is another advantage for Pitt. It’s going to be an early morning for Ohio and being on the road isn’t going to help.

Pick: Pittsburgh -6 (got this earlier in the week, line dropped against my favor).

This is your “Joe public trying to be a sharp” game of the week. Every bettor I know LOVES Army this week. Look what they did against Oklahoma last year!

News flash: Michigan’s defense is not Oklahoma’s defense. They held Middle Tennessee to 2.4 yards per rush last week and I could see that happening again on Saturday. Middle Tennessee didn’t pose much of an issue for Michigan and I wouldn’t be shocked if they’ve been working on defending the triple-option for the entire offseason.

Michigan’s new-look offense scores fast. I could see them going up 14-0/21-0 on Army in the first quarter. This one is going to be a blowout and all of your smart bettor friends are going to be out of a little bit of money.

Texas Tech is going to be a work in progress all season long. I believe in Matt Wells, but it may take him 2-3 years to accomplish anything significant.

On the other hand, UTEP is in year 2 of Dana Dimel. He won’t be leaving Lubbock with a W, but I think they keep it within the 21-28 range. They have an offense that is finally explosive, racking up 7 plays over 20-yards in week 1.

Give me the Miners.

I love this game. There is nothing I like more than a team off an embarrassing loss. I could be completely wrong and this Tennessee team could’ve already quit on the season, but I imagine the Vols can’t wait to come out and play again.

BYU is nothing special. I see them as an average team. Tennessee still ranks 43rd in SP+ and 38th in ESPN’s FPI. I think they come out with a chip on their shoulder and take it to BYU at home. This season can still be saved. If they go 2-1 into Florida, who knows what can happen.

Syracuse is ranked 21st. Maryland is unranked. I got this game at +2.5 earlier in the week, but still like it at its current number.

I’m not sold on Syracuse this year. Tommy Devito looked shaky against Liberty, a team that ranks 121st in ESPN’s FPI.

Both of these teams are very comparable. I rank them in the 40-50 range. Not great, but good. Give me Maryland in Mike Locksley’s first true home game.

Sorry, I just can’t not bet New Mexico State here. Nick Saban has never covered a game where Alabama is favored over 50 points.

New Mexico State has the ability to put up 14 and cover a 51-14 game. I could look like an idiot when this game is 35-0 after the first quarter, though.