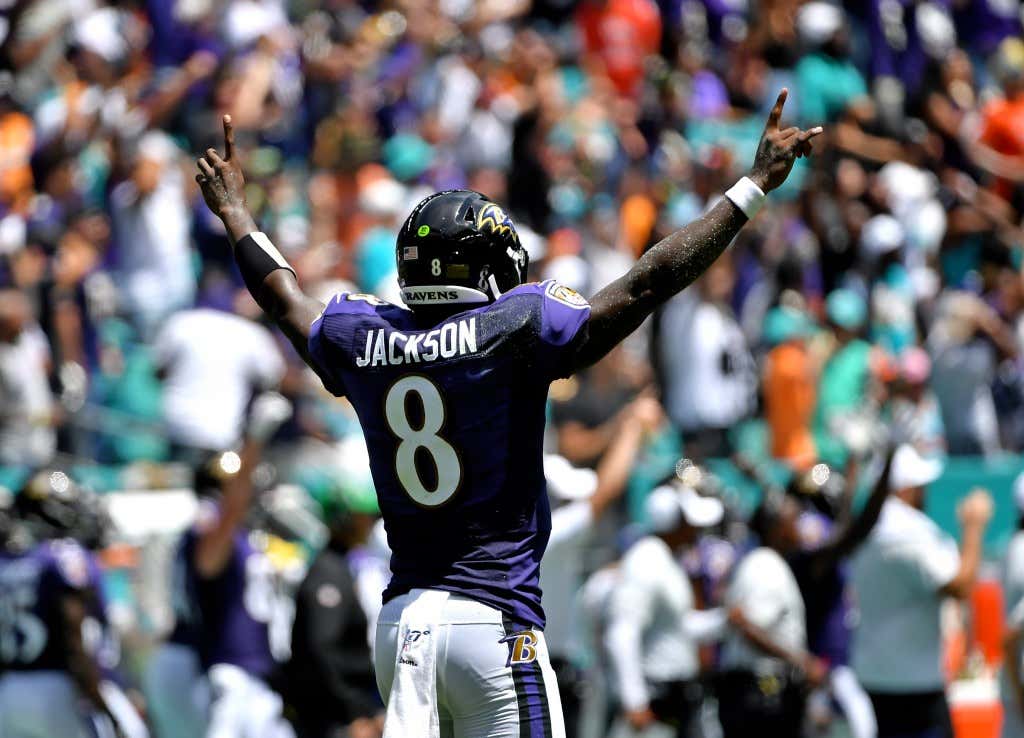 I tried to tell ya. I triiiiied to tell ya. Lamar Jackson was better last year than you thought at throwing the football. He was only going to get better. But 17/20 for 324 and 5 tuddies??? Ridiculous. 158.3 passer rating? Uh. Yuh. That’s what they would call perfect.  The kid was slinging the rock all over the yard today. Dime after dime after dime. My only complaint was that he only picked up 6 yards on the ground. You kidding me dude? What a slacker. Leads many to start wondering. Is Lamar Jackson too one-dimensional?

All jokes aside, the other great thing today was seeing the way he gelled with the young talent around him. Could not have asked for a better start to the season than him dropping a couple of bombs to Hollywood Brown. We saw so little of the kid in the preseason, and he’s already shown why he was worth a 1st round pick. Most receiving yards by anyone in their Ravens debut, rookie or not. Better than Steve Smith, better than Anquan Boldin, better than anyone to ever suit up the purple and black. Gotta be terrifying to be an AFC North defensive coordinator and watch today’s tape. Gotta be terrifying to lose by 30 at home to the Titans too, but we don’t need to get too deep into that.

Dream start to the season, just like last year’s 47-3 opening day blowout. Our trek to the AFC North title is running at full steam right from the getgo. HELL of a start everybody.