Week 1 of the NFL season has come and gone, taking Week 1 of fantasy football with it. Barstool’s fantasy league had some interesting and thrilling results in the first week of the season, setting the stage for a great year. Let’s take a look at how the Week 1 matchups shook out. 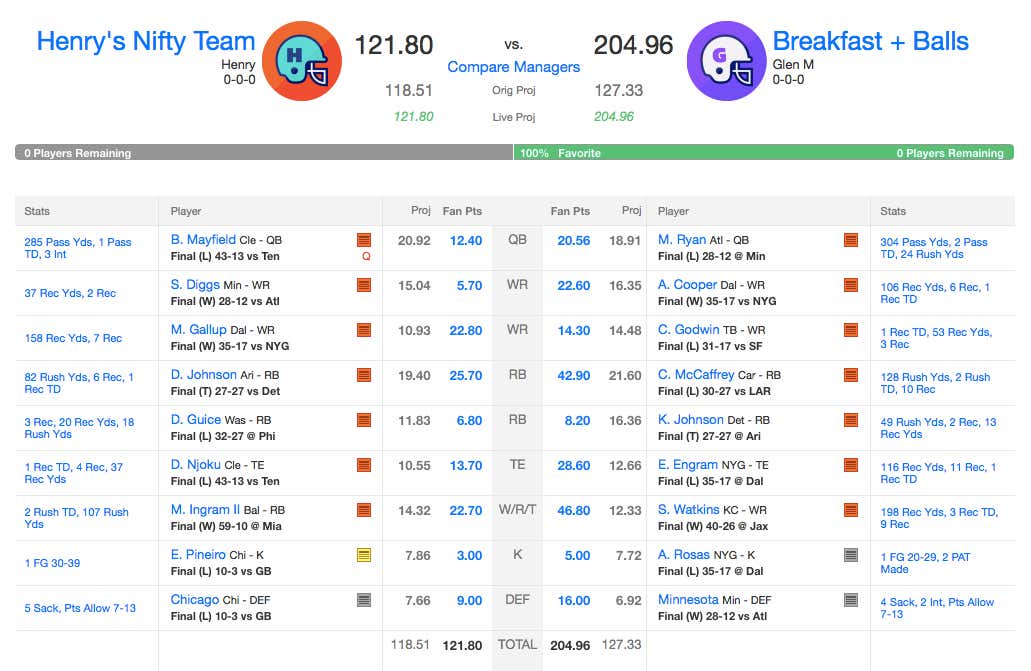 I don’t want to give away my Team of the Week, but Glenny and the Breakfast boys might not have a week the rest of the season with three performances — McCaffrey, Watkins and Engram — totaling 118.30 points. Not much Hank could do about that one.

Henry got solid performances from Duke Johnson and Mark Ingram in what would have normally been a pretty close matchup, were it not for Watkins and McCaffrey running wild. Just the way the ball bounces sometimes. 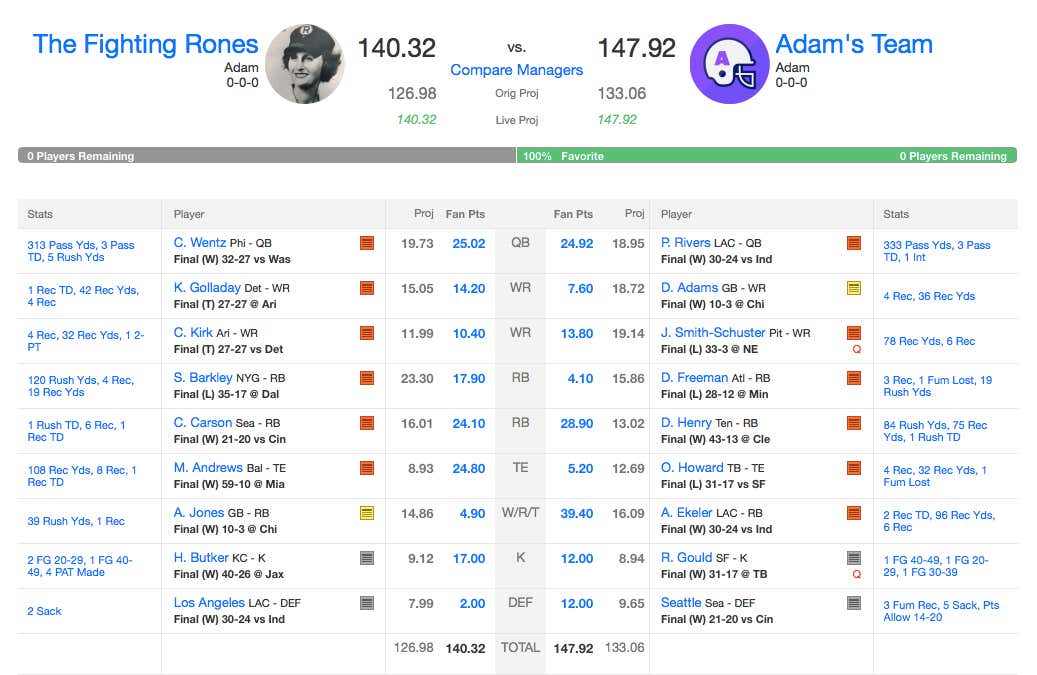 Rone’s team looks like it will be just fine going forward, he just got unlucky with  abad week from Aaron Jones and the Rams defense. 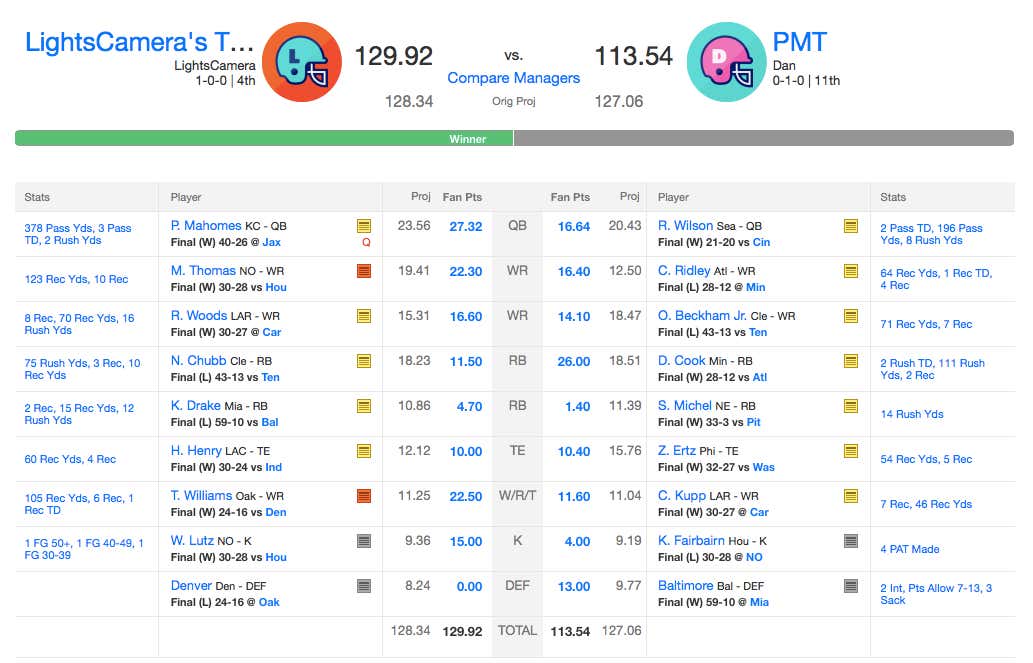 Even with their defense putting up a goose egg — great for an actual defense, not so much in fantasy — LCB had enough offensive firepower to come away with the W. Mahomes, Thomas and Chubb will be a three-headed monster this season, but it was Tyrell Williams who provided the spark on Monday Night for Jeff and KenJac this week. 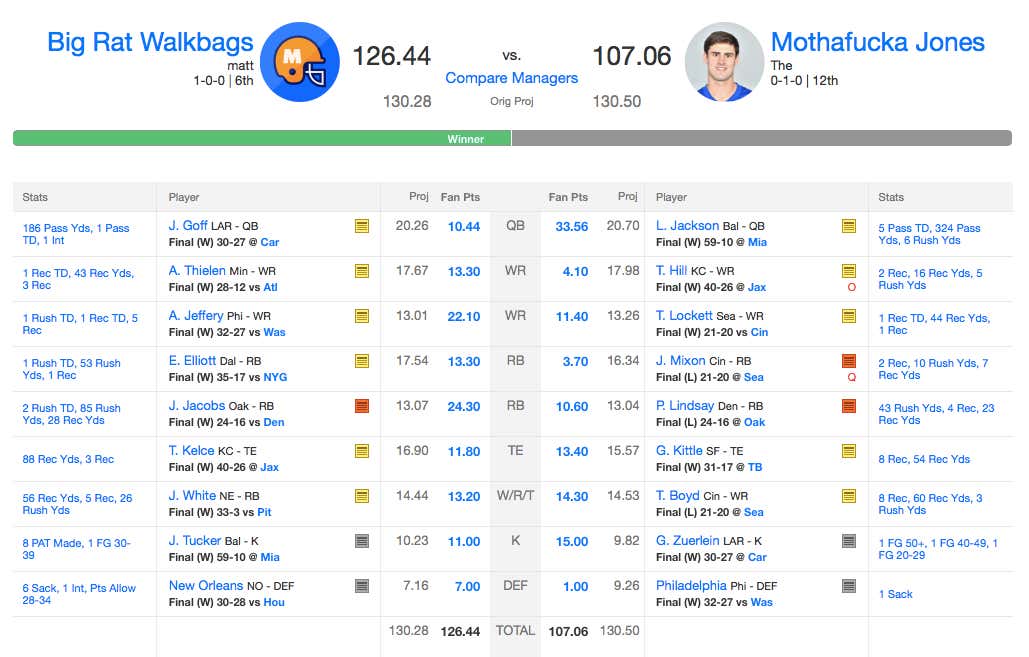 As commissioner, I do not have any favorites. That said, it’s hard to feel bad for a guy who spent his first two picks on Tyreek Hill and Joe Mixon getting a combined 7.80 points from those two and losing the season opener which will result in him eating birdseed on today’s FFF livestream.

Again, I would never want that to happen. But some might. 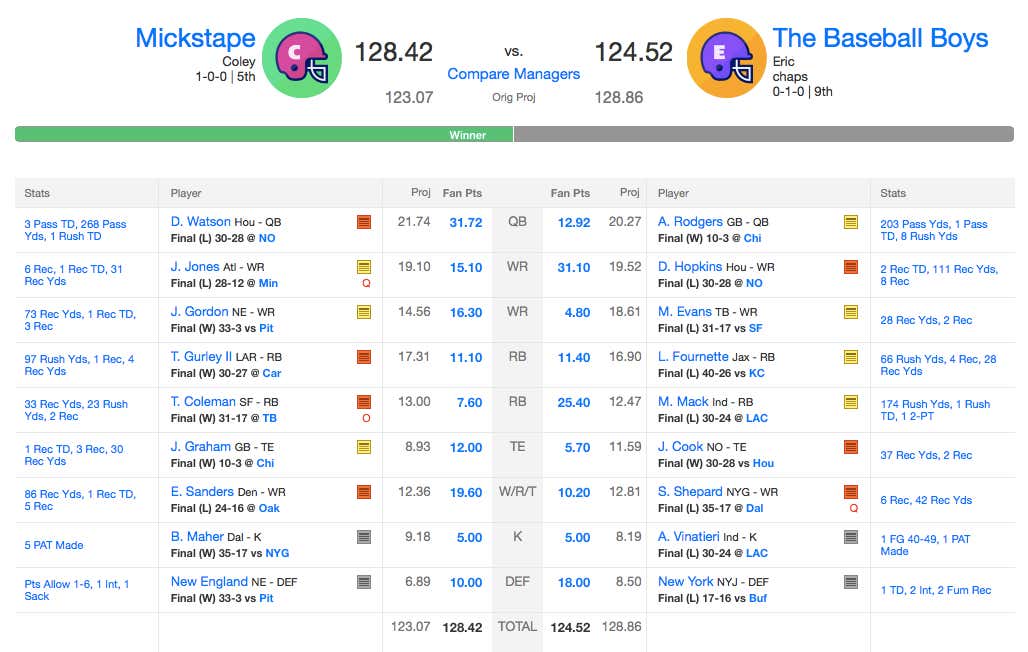 A tight matchup was predicted here, but the score ended up being almost the exact inverse of the prediction. Mickstape got a great performance from Deshaun Watson to put them over the top, but The Baseball Boys are going to be kicking themselves over leaving T.J. Hockenson (25.10 points) on the bench — starting Hockenson over Jared Cook would have given Hubbs and Co. the win. 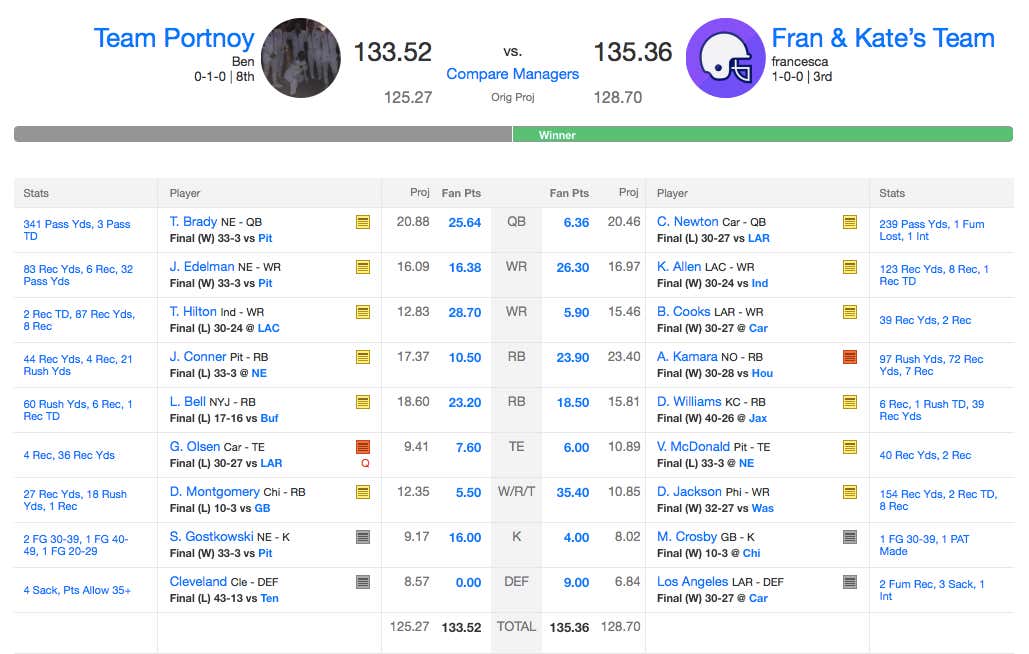 How about DeSean Jackson? Philly’s prodigal son returned and had a superb debut which put the Philly girls over the top in Week 1. Team Portnoy put together a performance which should get a win in most weeks, they just happened to go against Jackson in a career game. Both of these teams look really solid heading into the rest of the year.

Team of the Week: Breakfast Plus Balls

Suckbag of the Week: Clem 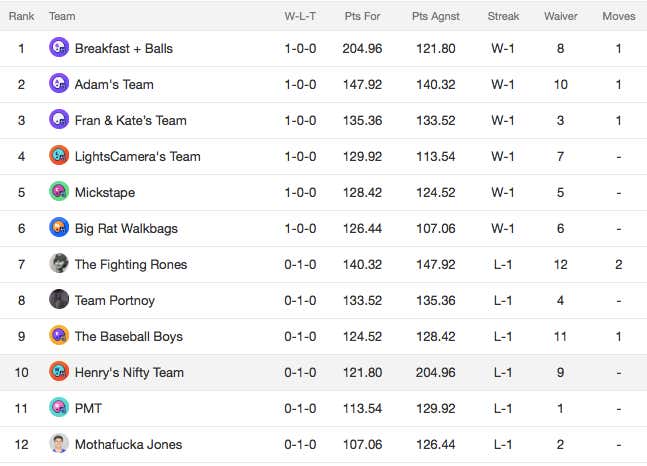 We’ll see everyone in Week 2.