It’s Thursday night and that means one thing, baby. Well, actually, it means two things. First we are at the precipice of the weekend, which is cause for celebration in and of itself. Second, and most importantly is this now begins five straight days of football. We kick it off with a divisional matchup from the NFC South, where two teams try to avoid starting 0-2 and having to hear that awful, annoying stat, about how 0-2 teams don’t make the playoffs. 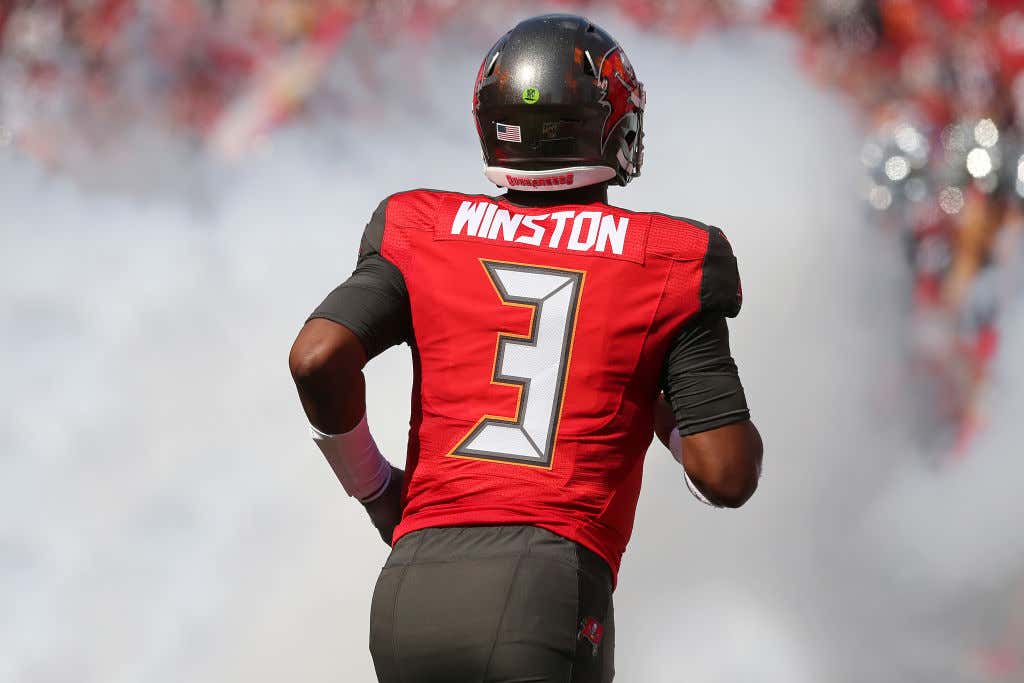 Listen, I want to find a way to like Tampa Bay here, I really do. Everyone and their mother is on Carolina tonight and the line has steamed up to 7 already. Having said all that, I just can’t do it. The Bucs look like they have no running game, no defense, and James Winston, who is a walking turnover waiting to happen. I like the weapons the Bucs have at WR/TE with Mike Evans, Chris Godwin and O.J. Howard, but that’s about it. Winston will occasionally connect for big scores, but as we saw at home against San Francisco in Week One, sometimes those scoring connections are going to go the other way.

Carolina, on the other hand, gave the Rams a game before they ultimately fell to the defending NFC Champions. Cam Newton looks healthy, Christian McCaffrey looks like an absolute beast and their defense can get stops. Also, they are incredibly well coached and they have the benefit of continuity. I know Stephen Cheah will want to attribute the Bucs performance to poor officiating or the flu going around, but the reality is that the Bucs probably stink. I don’t enjoy laying a touchdown in a divisional game, but Carolina should take care of business here, and at least I’m getting +100 to do it.

Let’s get ready for five straight days of football and cash this ticket, baby!