Author’s Note –  Hi. It’s carl. This blog comes to you from my personal NFL sharp, Dope Ropes. I’ve been tailing his NFL Sunday morning blog for years and it’s literally one of my favorite places on the entire internet. I’m going to give you some of his content on Sunday mornings. If you like him, cool. If not, he can fuck himself. 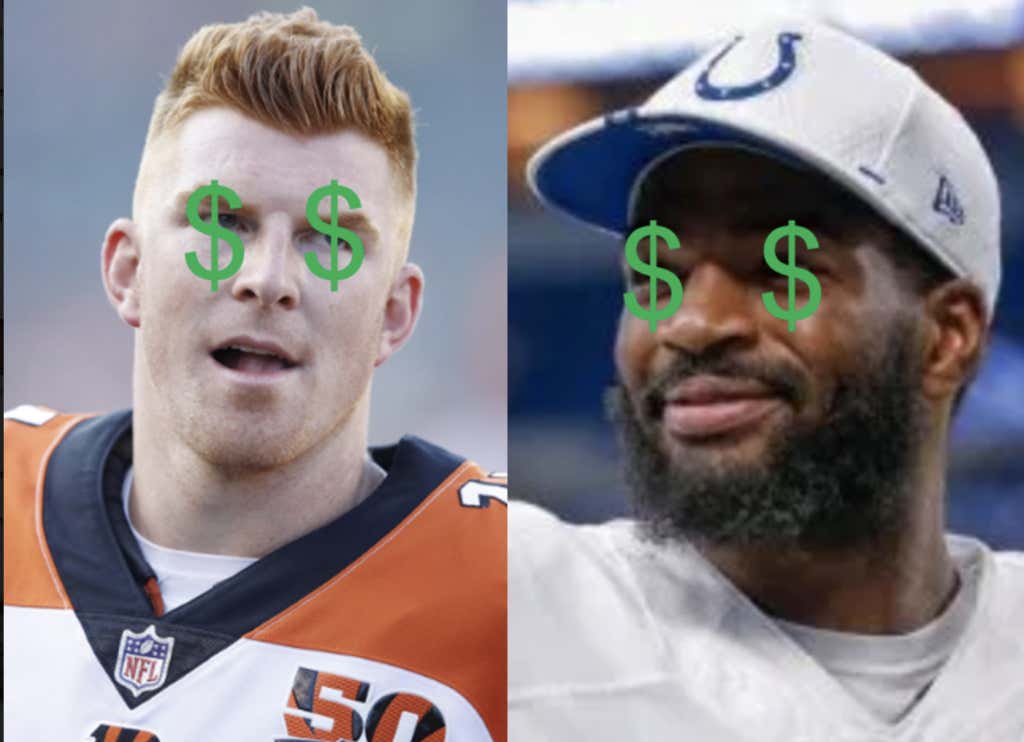 Cool intro Carl. Especially the part of fucking myself.

By way of introduction I spent last weekend in and out of a 72-hour blackout in the Wisconsin Dells with a group of buddies from home. It marked the 11th straight year this group of guys went to the same shitty resort on the same weekend of the year to blind ourselves with alcohol poisoning. I’m 31 years old and my second kid will be here November.

Other important facts about me: I win money on Sundays and if you’ve followed me over the last 5 years, so have you. Let’s stop fucking around and get to the picks.

Nobody thought much of the Titans coming into the season, but a 30-point drubbing of the max-hype Browns was a great way to get on everyone’s radar.  I’m not buying it. If you’re +3 in turnover differential and your opponent commits the most penalties in a game since the Truman administration, you sure-as-shit better win that game.  The sad thing is that the Browns still had the game in-hand after swimming through flags in the first half. But THEN the Browns starting left tackle Greg Robinson got ejected, his back-up got injured (Kendall Lamm… who gives a shit), Baker started taking sacks behind the patchwork O-line resulting in a wrist injury, and THEN Baker started throwing picks all over the place.

This was a Browns loss, not a Titans win.

And don’t let the 43-point performance fool you – Marcus Mariota is not good.  Ryan Tannehill may still replace him this year. If you take away the 75-yard screen pass to Derrick Henry last week (which Mariota spiked at Henry’s shoelaces), we’re looking at a 13-for-23, 173-yard passing day.  And fuck it, don’t take that pass away…. still not an impressive day.  And turning to the Titans D, let’s chill on the “Mike Vrabel is a defensive genius” thing.  If you followed me last year, we faded the Titans D in the second half of the year when they stopped facing cupcake offenses, and we made money.  Vrabel is an average coach for an average team.

On the other side, this Colts team is good.  Let’s remember, if Andrew Luck didn’t decide to backpack through Europe on a trip that is the envy of any college bro trying to find himself, the Indianapolis Colts would be primed for a Super Bowl run (losing to the Chiefs or Pats in the playoffs, obviously).  They have a downgrade at QB, but all other pieces are rock solid: a stout O-line, a great offensive mind at head coach, and one of the most underrated defenses in the league with absolute FREAKS like Darius Leonard and Malik Hooker. If it weren’t for Adam Vinatieri’s kicking woes and a dropped TD from Eric Ebron last week, the Colts would have put the Chargers away easily.  This is a well-constructed team with a shared vision to win without Luck, and they’re going to prove it over the next few weeks. Let’s pounce on this opportunity before Colts stock rises and Titans stock drops (currently 71% of bets are on the Titans).

This one’s much easier on the brain. As teams looked to fill head coaching positions coming into this season, several candidates were horribly overvalued because of their association with Sean McVay (ahem, Matt LaFleur), but Bengals head coach Zac Taylor is NOT one of them.  This guy knows the quarterback position and shows a deep understanding of the modern NFL offense. Last week, with A.J. Green out, a hobbled Joe Mixon, and an O-line that still sucks, the Bengals went into Seattle and racked up nearly 400 passing yards and 6.1 yards-per-play.  Taylor is running a system that says, “we know our O-line and defense are atrocious, so let’s fire the fuckin’ pigskin.” They’re going up-tempo, spreading the field, and getting the ball out of Dalton’s pale hands quickly so he doesn’t get his ginger dome ripped off. Similar to how the Browns offense hit stride after Hue Jackson got canned last year, this Bengals offense is ready to get out of Marvin Lewis’ boring-ass shadow and make shit happen.

With 83% of bets on the game Under, I’m buying this stock low while the Bengals “struggle” through two high-profile injuries.  This is about the system and offensive mindset, not the personnel.

Pick: First Half Under 21

We know Brady’s the GOAT and Bortles is the BOAT, but we seem to always give Rodgers the title of the “most talented” QB in the NFL.  Let me ask this: where does “working with your head coach” fit into the talent equation? It seems pretty fuckin important when it comes to scoring points and winning games, but that’s just me.  I’d just like to think that you could win more than 5 playoff games in the past 8 years with the “most talented” QB in the league, but I’m just sayin’… just sayin’.

After feuding with Mike McCarthy for the past few years, Rodgers finally got what he wanted in a new head coach.  And guess what? Rodgers hates him. I think we’re due for at least a couple weeks of poor offensive outputs from the Packers while Rodgers treats LaFleur like a doormat (LaFleur-mat?) and shrugs off anything the young man has to say.  We may have a Lebron James/David Blatt situation forming, and I’m sitting in the front row.

Switching to the Vikings, look no further than their head coach, who had his fingerprints all over the “38 rush attempts vs. 10 pass attempts” game plan to soundly beat the Falcons last week.  Mike Zimmer lives for that shit. He just keeps amassing RB talent and firing offensive coordinators who even consider a forward pass. A 3-0 victory with zero passing attempts is his wet dream, and with OC Kevin Stefanski under his thumb, Zim’s britches are soiled.

If you’re going to subject yourself to a game of ball control and field position, you might as well make money off of it.  With memories of Cousins slinging to Diggs/Thielen last year and the looming threat that Rodgers can go off at any moment, we’re seeing 74% of the bets coming through on the Over.  Live in the present – Rodgers is in full pout mode and Zimmer is taking the air out of the ball. As always when looking at an Under, take the 1st Half Under to mitigate against end-of-game desperation.

Let’s knock down some great tasting, less filling Miller Lites while we line our pockets once again.