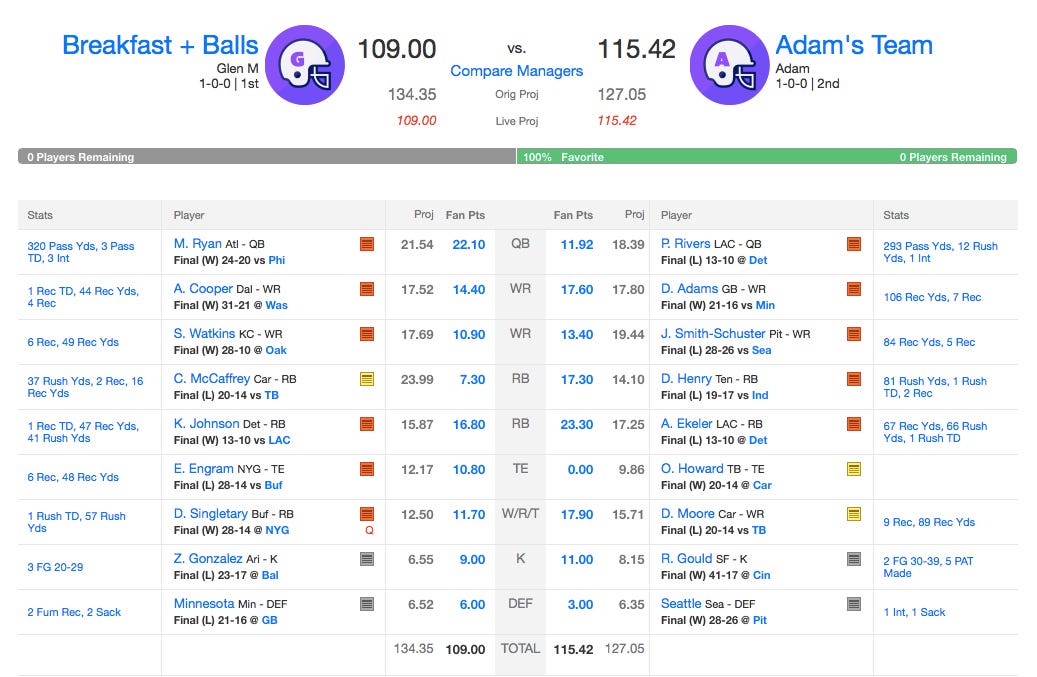 Christian McCaffrey went from 42.90 points in Week 1 to just 7.30 this week, spelling doom for Breakfast Plus Balls. O.J. Howard put up a goose egg for Smitty, but solid performances from everyone else in the starting lineup led to a win to move to 2-0. A couple moves could have given Breakfast Plus Balls the winning edge, including starting Dak Prescott (28.66 points) over Matt Ryan or Chris Godwin (26.10) at either WR spot or FLEX. 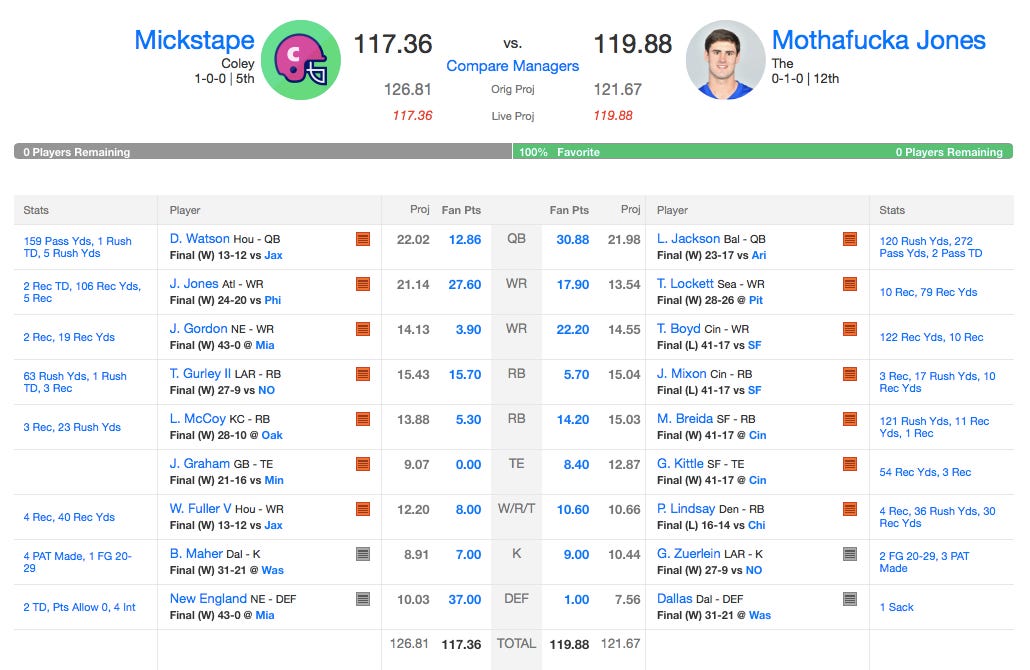 Lamar Jackson looks through two weeks to be the steal of the draft by Clem, putting up MVP-like numbers again in Week 2 with 392 total yards and two touchdowns. It was a tough week for Mickstape, who got a combined 3.90 points from Josh Gordon and Jimmy Graham in a matchup decided by just 2.52 points. 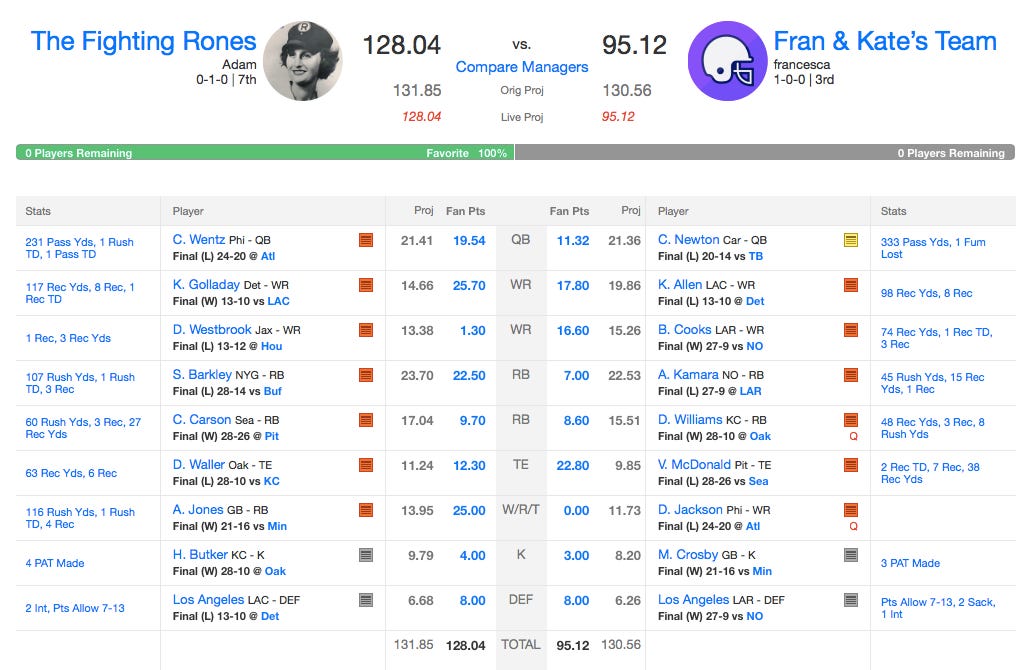 Aaron Jones was the difference for Rone this week. Saquon Barkley did his thing and Kenny Golladay added a great performance, but Jones's 25 points were the difference-maker to give Rone the runaway victory. 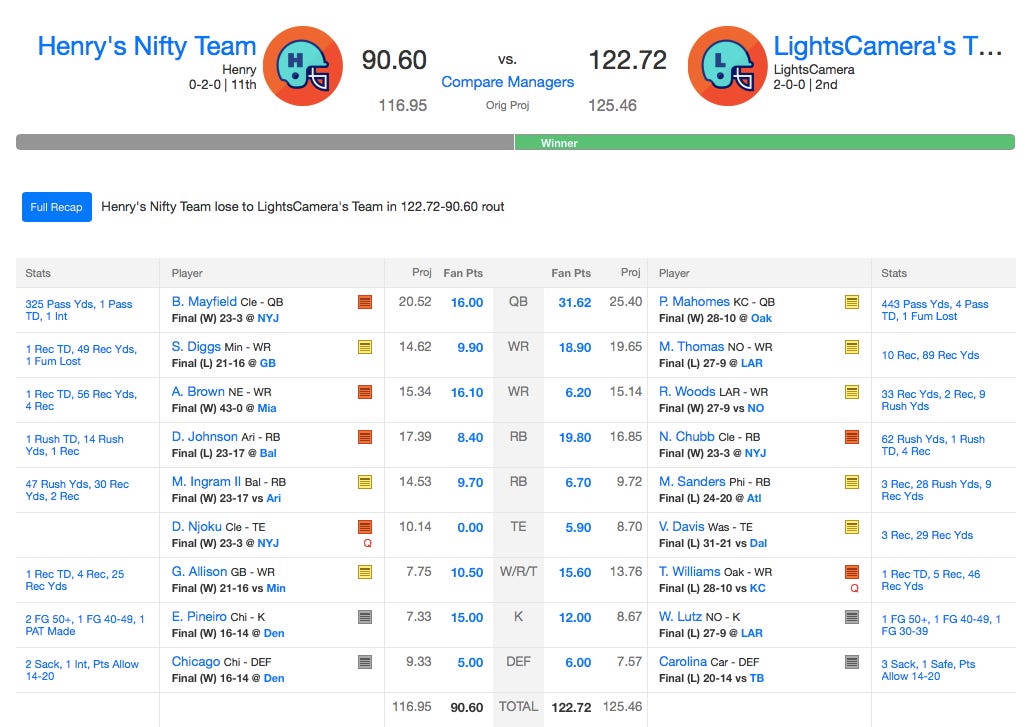 Turns out that Patrick Mahomes fella might be quite the ballplayer. LCB rode the 2018 MVP and solid performances from Nick Chubb and Michael Thomas to move to 2-0 and keep Hank out of the win column. 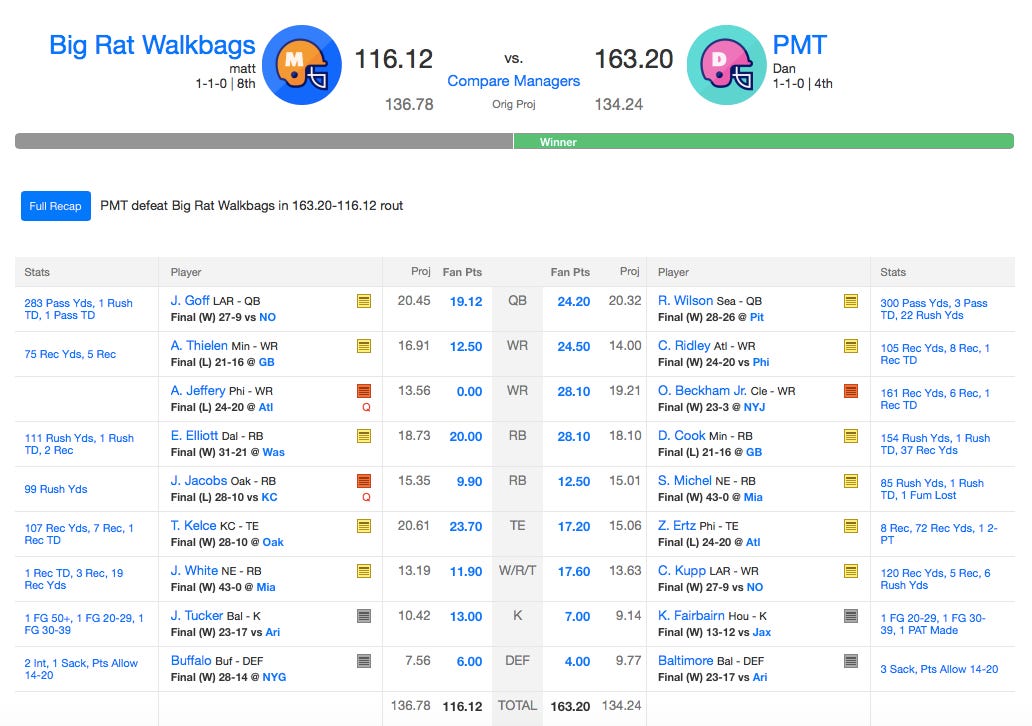 This was projected to be a close matchup, but the performances of Wilson, Ridley< Beckham and Cook gave PMT the runaway victory to stave off an 0-2 record. Just one of those weeks where everything goes right. 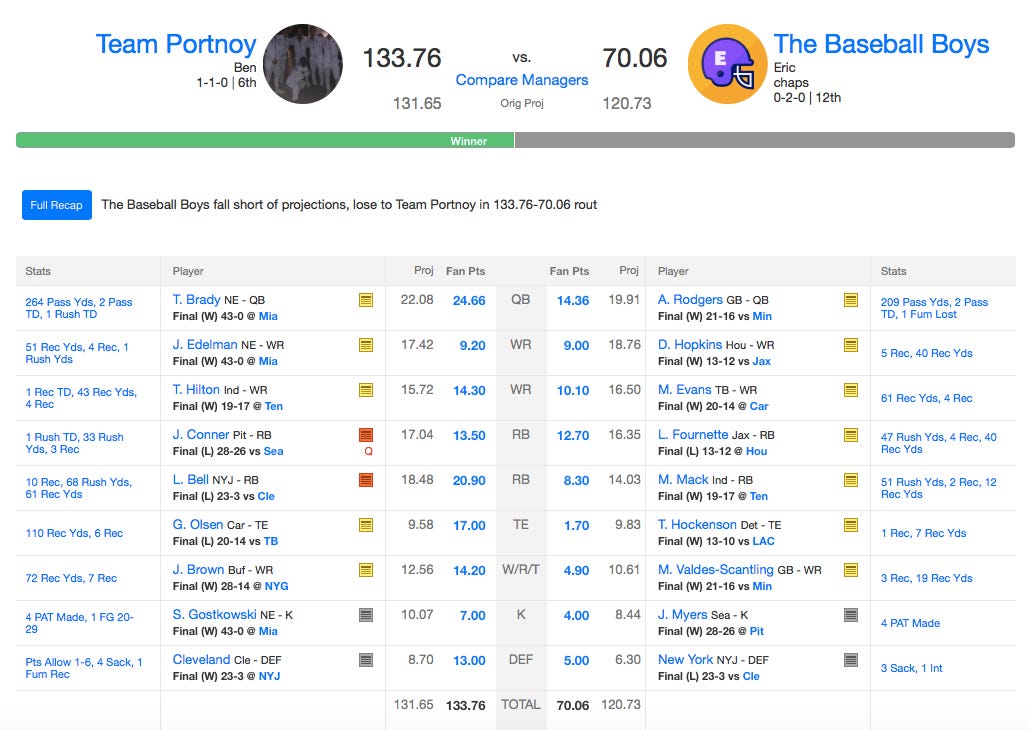 A 64-point loss to drop to 0-2 will almost certainly earn The Baseball Boys this week's Suckbag of the Week honors. DeAndre Hopkins and T.J. Hockenson certainly didn't do them any favors, but my goodness. It's only two weeks, but Hubbs, Carrabis and Chaps better figure things out quickly or they could find themselves in the driver's seat for a 7 p.m. to 7 a.m. radio shift.

Suckbag of the Week: The Baseball Boys 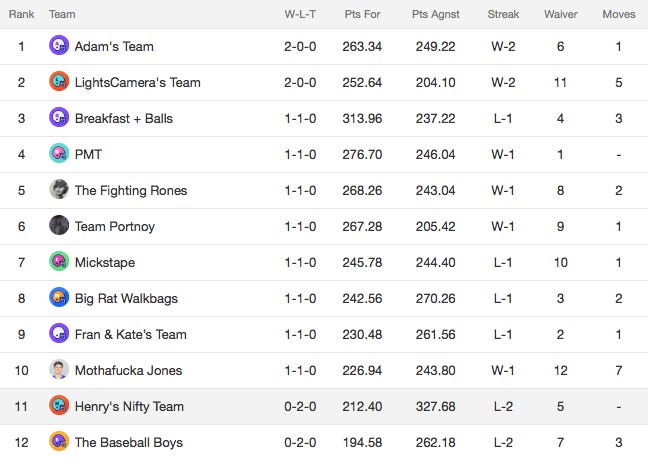