I may not be excited, but that doesn’t mean I’m not going to bet this game. My weekend has been successful thus far, going 11-6-1 heading into tonight’s game. I’ll admit it. This game scares the shit out of me. I feel like this line should be Cleveland -12.5, and it’s basically half that. It’s times like these you just close your eyes, throw the dice, and pray. 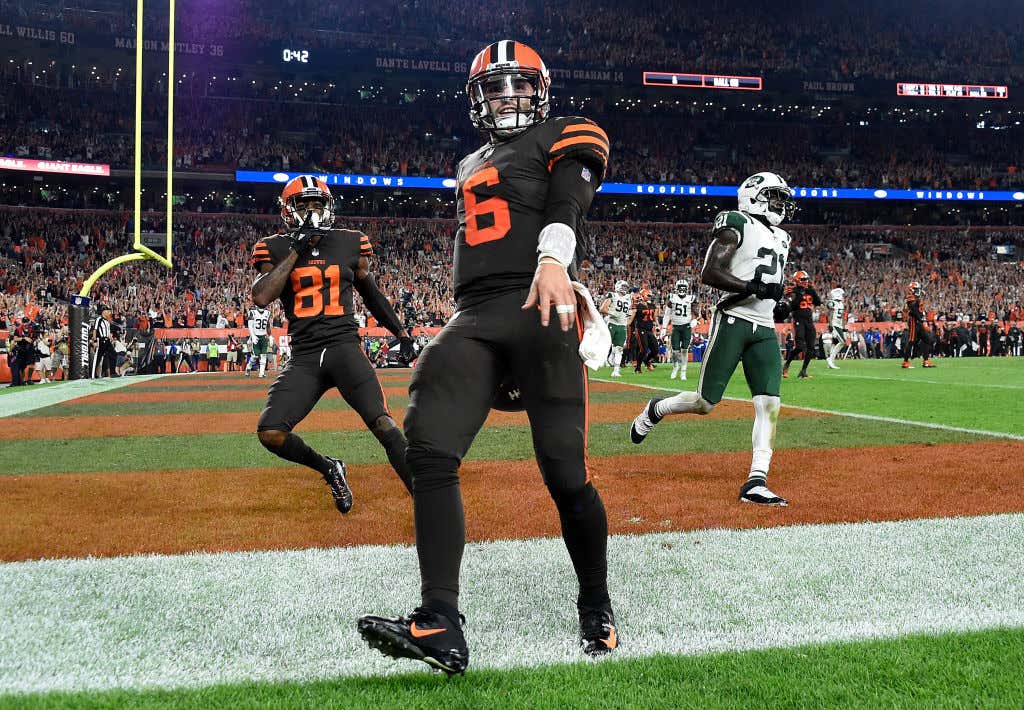 I have tried people. I really did. I sat here all morning and tried my damndest to come up with a way for the Jets to keep this game close. I just don’t see it. Everything is against them. Cleveland got throttled in Week one by Tennessee and they are desperate to wash that bad taste out of their mouth. The Browns Chris Smith, tragically lost his girlfriend in an auto accident this past week, and his teammates will likely try to pick him up with a win tonight as he will be on the field. Additionally, the Browns are just better. Offense, defense and special teams. They are better.

The Jets are without Sam Darnold (mono), Quincy Enunwa (neck injury), Quinnen Williams (ankle) and CJ Mosley (groin). Those are four of their most important players. The Jets offense consists solely of Le’Veon Bell at this point and Cleveland knows it. The Browns pass rush should be able to get to Trevor Siemian and the Jets defense will have a tough time slowing down the Cleveland offense we all expected to see last week.

I know there’s “contrarians” out there saying “Everyone is on Cleveland, you have the take the Jets.” I generally get that logic, but in this circumstance, I think it’s silly to apply it to a matchup where it just doesn’t fit. These look and feel like two teams going in opposite directions. I just can’t find a way the Jets keep this tight. To that end, I did something stupid. I took the Browns three different ways. I went -6.5, -9.5 and -12.5. Yeah there’s some nice plus money there, but it’s also the Browns, so its likely I get screwed here. I won’t advise you to make the same mistake I did, but I am still on Cleveland.