Author’s Note – Hi. It’s carl. This blog comes to you from my personal NFL sharp, Dope Ropes. I’ve been tailing his NFL Sunday morning blog for years and it’s literally one of my favorite places on the entire internet. I’m going to give you some of his content on Sunday mornings. If you like him, cool. If not, he can fuck himself.

So far he’s 1-2 and per usual his plays look UGLY aka just how we like it Sunday morning. 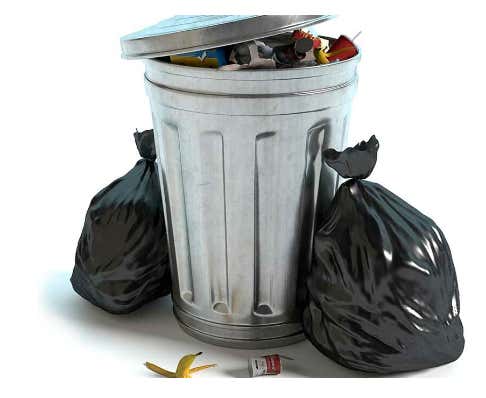 I gotta say, I love when people don’t like my picks.  It lets me know that I’m doing something right.  I could give you picks that align with 80% of the public, you can say “great picks, man!”, and we can all circle jerk as we lose money.  Not for me.  I’ll let my 5-year record speak for itself and we’ll keep it moving.

The majority of people are taking the Over here with the simple rationale of “Patrick Mahomes and Lamar Jackson are fuckin dope.”  I want to dig a little deeper than that, but I’m ultimately placing the same bet, so I’m no better a man.  If I was seeing 70% or more of the bets falling on the Over, I might think twice about falling into “sucker” territory.  But with only 60% of the bets going on the Over, that tells me that there are enough factors placing doubt on this becoming a shootout, which is helping to keep this at a reasonable total.  Here are some common views of people betting the Under and mitigating inflation of the total.

The Ravens have played a wretched slate of opposing defenses (Dolphins and Cardinals), making their offense look better than it is

Here’s where I disagree with all of that.

Yes, Baltimore has faced terrible defenses (KC isn’t much better), but I don’t think that’s the reason for their success.  Last year, Lamar Jackson inherited a roster that was built around Joe Flacco, who has the opposite skillset of Lamar and is viewed as a terrible quarterback by everyone not named John Elway.  This year, the Ravens moved away from possession receivers (Crabtree, Snead) and loaded the roster with fucking BURNERS (Brown, Boykin, Hill out of the backfield).  With defenses needing to respect the speed of Lamar and his skill position players, it creates separation that simplifies his options, and Lamar is taking advantage with great accuracy on downfield passing (not dink-and-dunk) behind an O-line that’s keeping him clean.  THIS is the offensive personnel that Lamar needed, and it has catapulted him into top-tier passing numbers to start this season.  With 7 TDs through two games, I like his odds to eclipse his insultingly-low 16.5 pass TD total coming into this season.

Taking a cursory dive into the Baltimore’s defensive numbers, it would appear that the Ravens have retained their status as a Top-10 defense.  I’m not so sure.  Now approaching a MUCH bigger test than the nothing-burger Dolphins and the first road start for Kyler Murray, I’m afraid (not really) that this Ravens D will be going the opposite direction of the offense, especially with some noteworthy losses (CB Tavon Young on IR, Jimmy Smith ruled out this week, C.J. Mosley lost to Jets in offseason).  This is NOT the Baltimore D of last year, and Mahomes is about to expose it.

I made this comparison last year, but Mahomes continues to be the Steph Curry of the NFL.  He plays the game with childlike wonder, and the gravity of the moment seems to never alter that mindset.  He’s as loose in a blowout as he is in the last minute of a one-possession game.  He tries shit that youth coaches would scorn, but he has such depth of repetition that he consistently succeeds on passes that no other QBs would even attempt.  It’s second nature to him.  Haters keep screaming “regression” on his “wreckless” style of play, but no – he’s just that fucking good.  He is the exception – regression is not a thing with his level of talent.

I know it’s two hours before kickoff, but Mahomes has already thrown 3 TDs in this game.  I don’t care about him missing skill position players.  It doesn’t matter.  In Andy Reid’s system, just plug and play with any athletes you’ve got (Thompson/Hardman/Robinson) and good shit will happen.  KC will go up on Baltimore early, and this will turn into a track meet.  Start Mahomes out with 3 tuddies, and we’ll go from there.

Frank Gore is my guy – the Craig Biggio of the NFL.  You can hate on him for being “boring” and “old as fuck,” but I have a deep appreciation for a dude who has so consistently contributed at a high level for thousands of years.  Currently ranked 4th all-time among rushing leaders, he’s coming for Barry Sanders’ ass.

He will go down as one of the greatest interior rushers of all-time.  He has elite vision and split-second decision-making that would’ve launched Trent Richardson into the Hall of Fame: 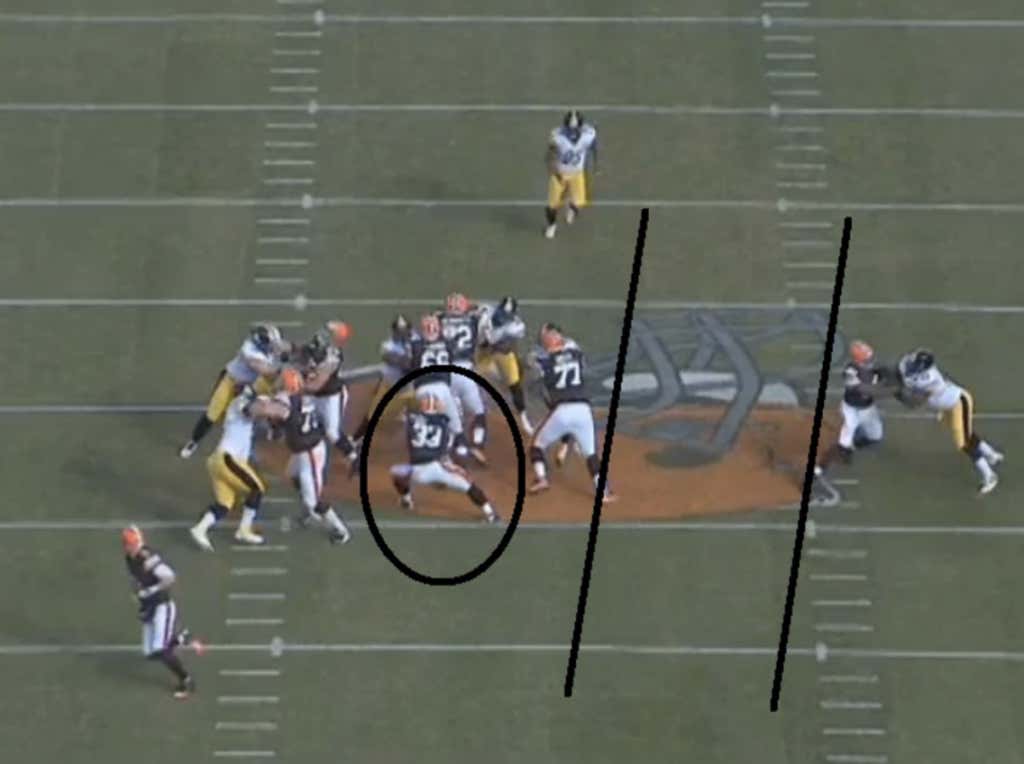 The thing about vision is that it doesn’t age.  You can be slow but nab 5 yards/carry if you see the field like Frank Gore does.  Against a Bengals defense that has allowed FOUR top-16 fantasy running backs in TWO weeks, gimme Gore all day to rack up the yardage.

Between Bill O’Brien and Anthony Lynn, this game asks the question, “who wants to fuck up more?”  With that said, I’ll be looking at the total instead of a side.

We’ll keep this breakdown short.  Both defenses are strong against the run but weak against the pass.  Both offenses have good QBs and bad O-lines.  Each team may feebly attempt to establish the run game early to protect their QBs, but the promise of success through the air will be undeniable.  This translates to clock stoppage, strip sacks, interceptions, and explosive pass plays – mayhem that puts points on the board.

The Chargers pass D got beat up by two run-first offenses in the Colts and Lions to start the year, so I don’t wanna think about what this Texans offense can do to them.  The LAC D lost safety Derwin James to IR coming into the season, and they just lost another safety in Adrian Phillips to a broken arm last week.  Which reminds me…

Pick #4:  Will Fuller Over 60 receiving yards

Fuller’s gonna torch this secondary and hit the Over in two catches.

Both QBs will be seeing pressure, but they’re pros who can step up and deliver strikes.  Gimme the Over everywhere.

In a game full of offensive superstars, the Under doesn’t feel right, but it is.

The Browns offense isn’t bad, it’s just sloppy, and it takes time to fix “sloppy.”  Plenty of jokes have been made about Freddy Kitchens’ physical appearance, and I must admit that he looks like he recently emerged from a Cancun Spring Break that began in 1995, but the man knows how to run an NFL offense in 2019 (more than I can say for many of his peers).  But as a head coach, he’s been more of a cool uncle than the strict father that this team needs.

Last week, facing an injury-ridden Jets D and a Luke-Falk-led Jets offense in a game that was served up on a platter, the Browns offense couldn’t gain traction committing another slew of penalties (9 for 85 yards).  Kitchens had every reason to run up the score against noted psychopath Gregg Williams, who voiced his belief of being the rightful heir to the Browns head-coaching throne, but the Browns put forth another underwhelming offensive performance that was only salvaged by OBJ taking a simple seam route to the house.  Baker’s adjusting to a new OC, the O-line can’t keep him upright, and he just can’t find rhythm.  He’s sailing throws and everything looks out of sync.  They’ll get it right, but it’s gonna take a few weeks.

Turning to the Rams, it’s a pretty classic case of a QB outsourcing his brain to the head coach.  When Goff breaks the huddle, he doesn’t even try to evaluate the defense.  It’s all up to McVay, and he has Goff trained.  Goff’s like Red from Shawshank, asking for permission to piss – can’t squeeze a drop without say-so.  When everything goes exactly as planned, Goff can carve you up.  But if the opposing defense disrupts timing or gets pressure, Goff malfunctions.  Facing a Top-5 blitzing defense in the Browns led by Steve Wilks (who somehow blitzes more than Gregg Williams did), I anticipate that McVay will want to lean on the run game early and afford Goff some time to get comfortable.

This is going to be a tentative “feel you out” start to a game that screams “OVER!” on paper.  Let’s take advantage and go low.