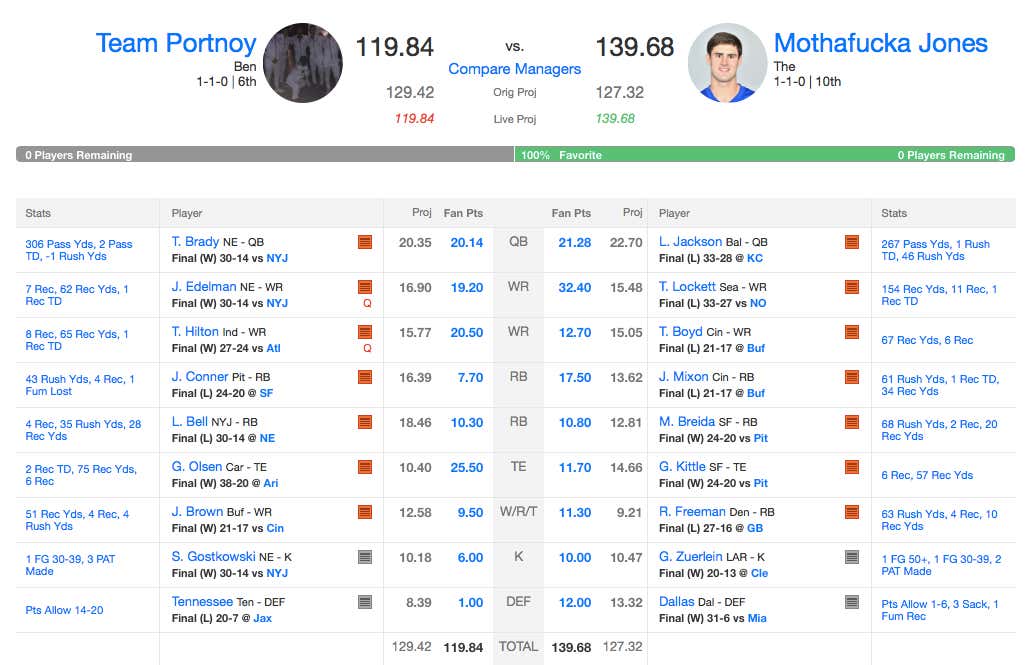 For the second consecutive week, Clem received a 30-point performance from one player, this time thanks to Tyler Lockett’s 11 receptions for 154 yards and a touchdown. T.Y. Hilton and a throwback performance from Greg Olsen were big for Team Portnoy, but James Conner and Le’Veon Bell weren’t enough to get it done in the running back spots. 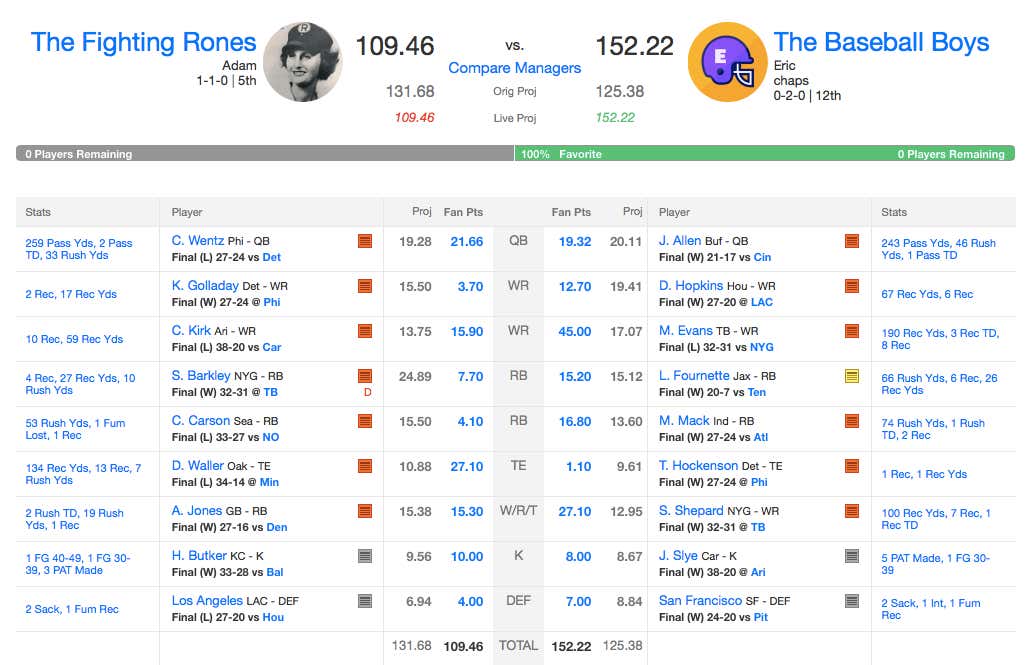 Having Mike Evans finally paid off for Hubbs and Chaps, as his 45 points got The Baseball Boys in the win column for the first time this season. Kenny Golladay, Saquon Barkley and Chris Carson accounted for just 15.80 combined points for Rone, which was his undoing in Week 3. 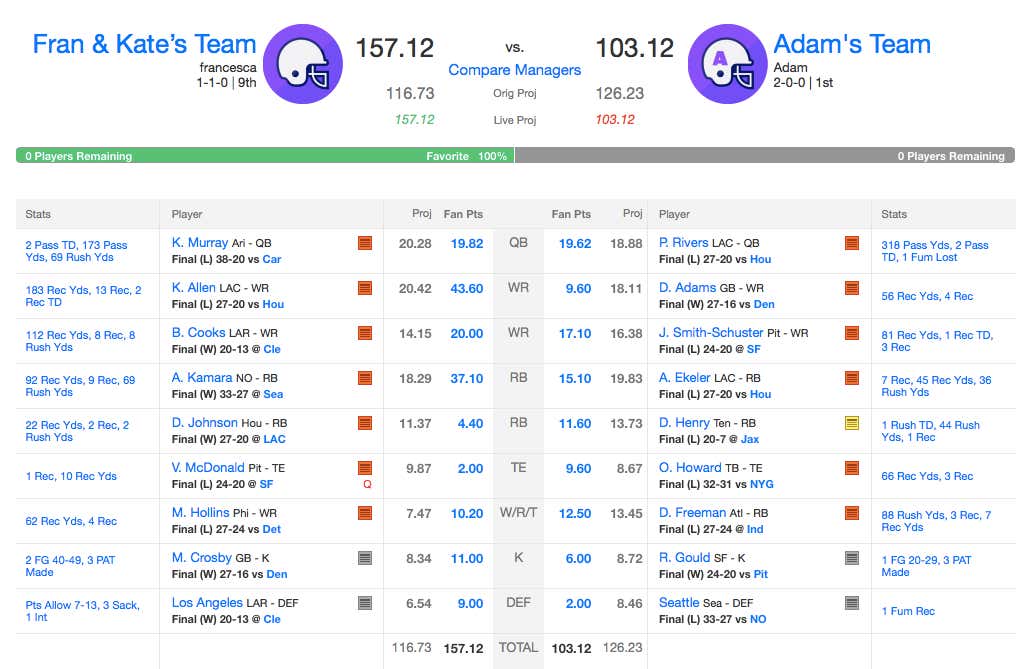 This matchup was pretty simple. Fran and Kate had Keenan Allen and Alvin Kamara, who combined for 80.70 points and Smitty did not. Kudos to Football Fran and Kate for handing Smitty his first loss of the year. 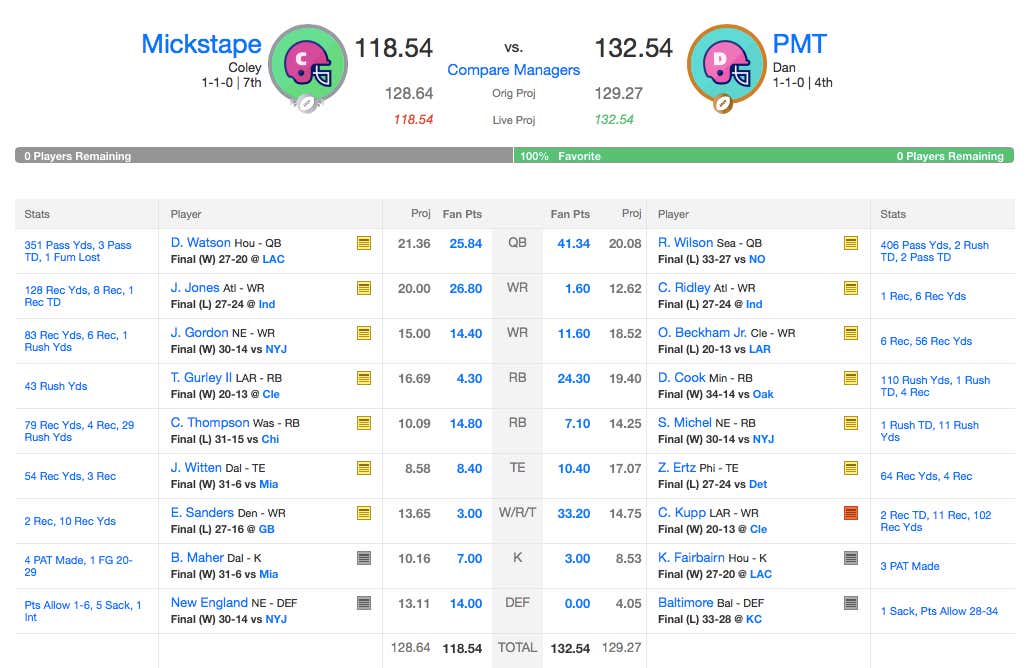 Russell Wilson and Dalvin Cook led PMT to its second consecutive victory after a Team of the Week controversy in Week 2. It takes a resilient group to continue moving forward and pick up a second straight win over a solid Mickstape squad after seemingly being snubbed last week. That’s the kind of grit you’d expect from a couple of football guys’ guys. I would not be surprised if PMT receives the coveted TotW award this week. 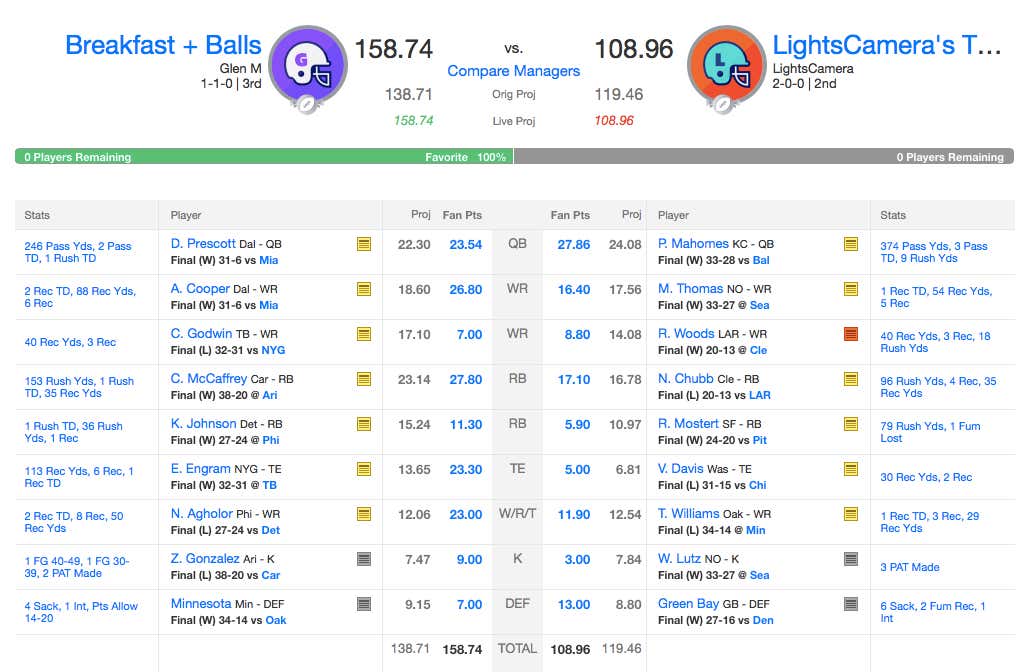 Great bounce-back off a loss for Glenny and the Breakfast gang, defeating previously unbeaten LCB. Breakfast Plus Balls received 23 or more points from five different players, while LCB only put up as many points with Patrick Mahomes. It’s early, but you have to view Breakfast Plus Balls as a threat to win this league right now. 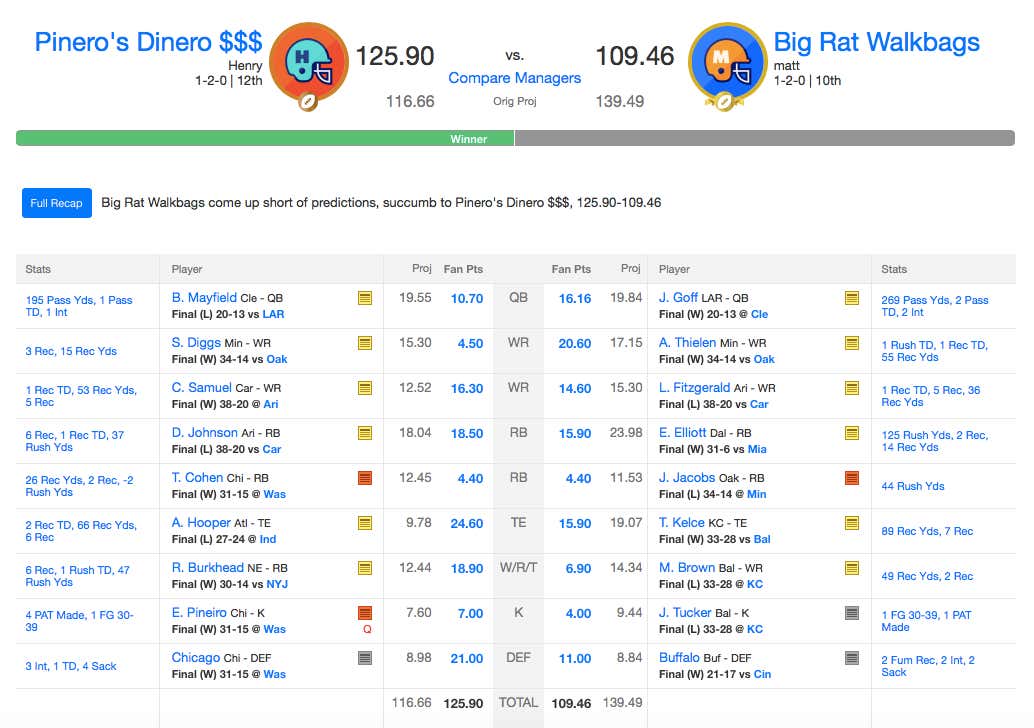 Austin Hooper and Rex Burkhead had good days, but it was the Bears defense on Monday night which really put Hank over the top, getting 12 points more than its projection in what could have really been a nail-biter. Hank gets in the win column for the first time this year while a promising Big Rat Walkbags squad falls to 1-2.

Team of the Week: Pardon My Take 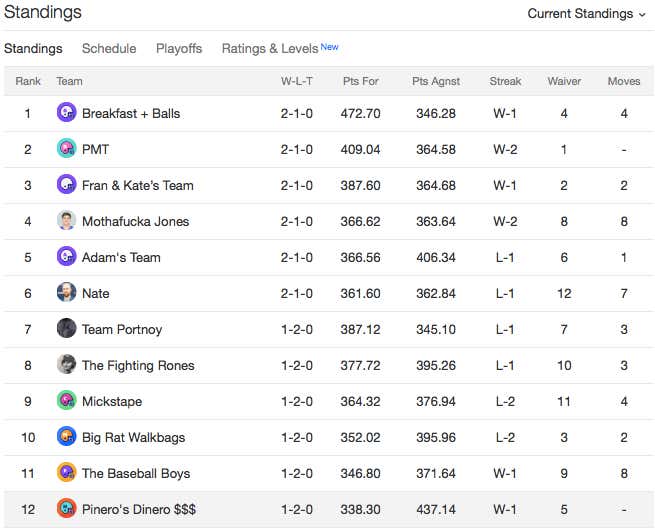