Well, that was an up and down weekend. We went an abysmal 4-8 on the college slate, but bounced back with a sweet 4-0 on Sunday to pull even for the weekend. Now we have Monday Night Football with the Bears visiting the Redskins. Quietly the Redskins have been more competitive than we thought they would be, while the Bears offense has certainly had their share of struggles. Tonight is an important game for both teams, to say the least. 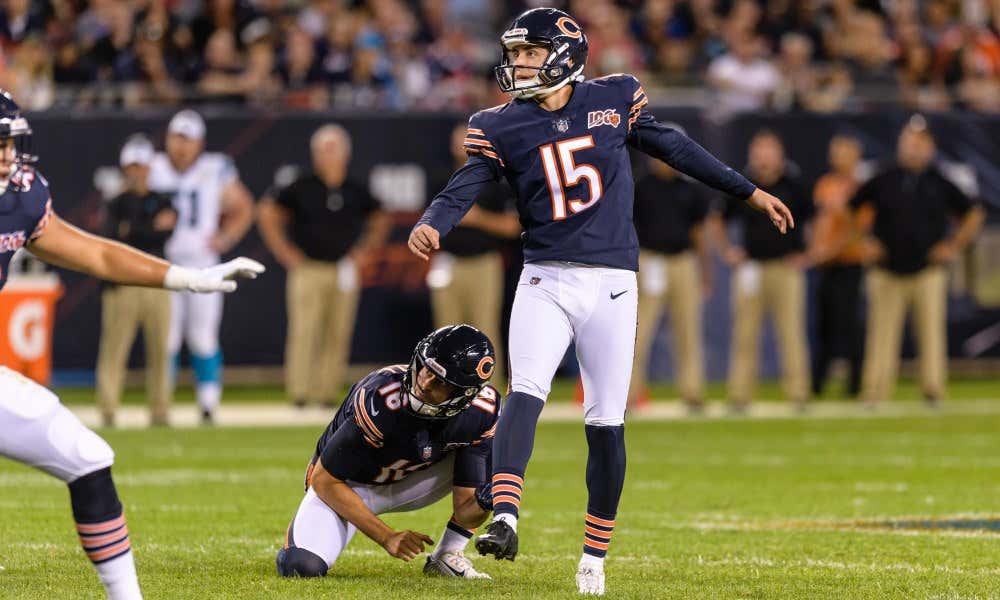 Let me preface this by saying I also bet the Bears -4, but that line is no longer available, and I don’t love 5.5 on either side of this one. The Bears defense is as advertised and still exceptionally disruptive to opposing offenses. The offense, on the other hand, has struggled mightily. Bears fans are rightfully questioning whether Mitch Trubisky is their guy at QB moving forward. It seems like the wizardry Matt Nagy had in year one has disappeared and the Bears offense is pedestrian at best.

The Redskins offense has been serviceable behind Case Keenum and potential break-out receiver Terry McLaurin. The running game has stunk, but Keenum has kept them in games so far. Also, their schedule did them no favors in the first two weeks, having to play the Eagles, Cowboys and now the Bears. If the Skins drop to 0-3, the season is a disaster already. The defense has suffered from awful scheming and play calling.

I don’t know if Washington can pull everything together to get a win against one of the best defenses in football. Having said that, I do think they have enough here to put some points on the board. The problem is, their defense is playing as if they are the panacea for what ails the Bears offense. This is the night for Chicago to put the pieces together and click offensively. I think as good as their defense is, this game will feature some scoring on both sides. The total here feels artificially low, so I’m going to play the over. Again, I have the Bears -4, but do not love them -5.5, so the play at this point is on the total.

Alright, let’s get above .500 for the weekend and start this week on a positive note by cashing some tickets!