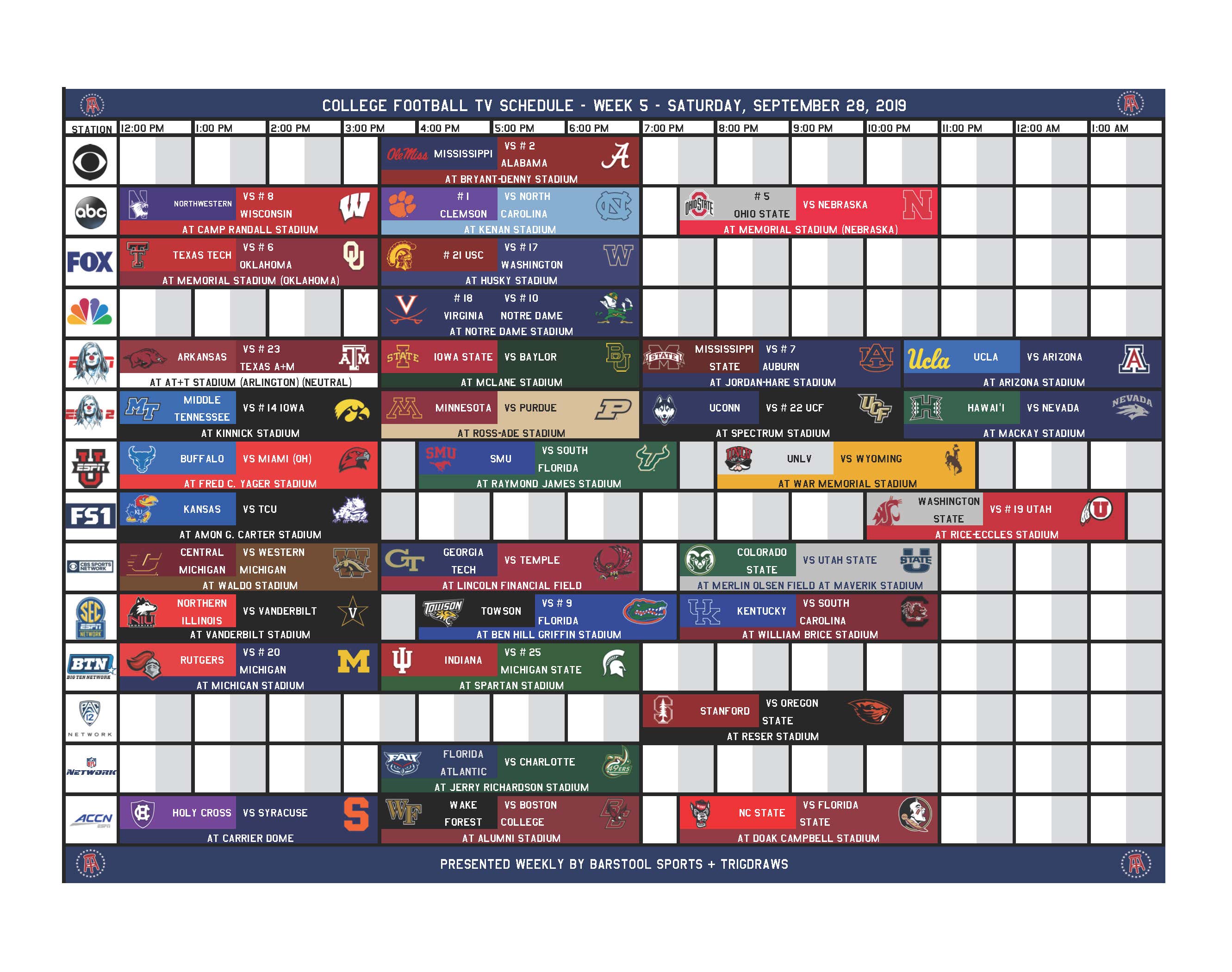 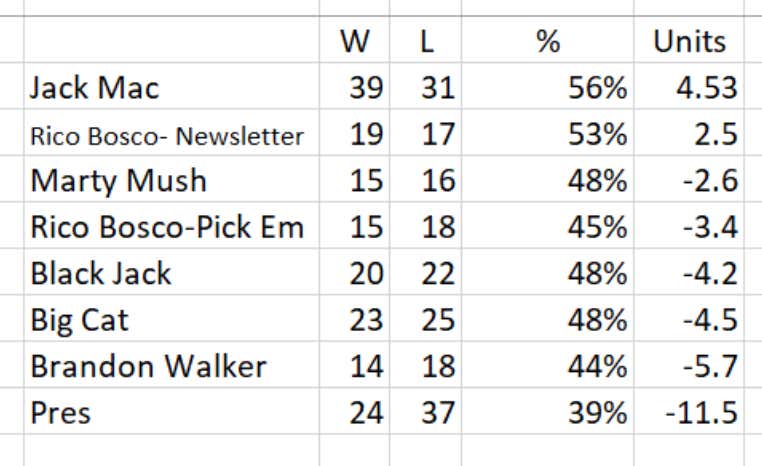 Betting Process: For week 1-4, I create my own lines using my preseason projections which are a combination of 2018 results, 2019 returning production, recruiting rankings, and coaching staff rankings (HC, OC, and DC). I then compare them to the vegas lines and anything that is off by 5+ points, I bet. It’s a new approach, that I’ve found success in while backtesting in the offseason. We are in week 5 now, so I am starting to incorporate data from the 2019 season. I still have preseason projections within my projections, but this is a change from how I bet week 1-4.

I bet throughout the week and post them on Twitter if you want to keep along. We had a winner last night.

The Pac-12 is very simple. If one team is getting hot, expect them to lose to a team that is coming off a bad loss. It was Washington in week 2. USC & Colorado in week 3. Utah and Arizona State in week 4. The Pac-12 eats it’s own. It’s what they do.

Tonight, we have ASU @ California. In my mind, it’s clear, Arizona State is the better team. Sure, California has started better, but I have serious concerns over California’s offense, which ranks 72nd in FEI.

We’ve seen ASU go on the road and come out the other side with a victory in East Lansing. It’ll be easier in Berkley tonight.

Is Mississippi State playing in a week? Yes? Okay, I’m most likely betting them then.

I’m so far from sold on Auburn and specifically Bo Nix. Last week, the Auburn offense was outgained by 100 yards at Kyle Field against A&M. Bo Nix only threw for 100 yards!!!!

This week they are going up against a Mississippi State team that I still believe is a top 15 team. 10 points is WAY too much. State still ranks 14th in FEI and 14th in SP+. I would love for Tommy Stevens to play at QB, but if he doesn’t, I have no issue riding Garrett Shrader, who looks like he runs a Mississippi State blog that gets 470 clicks a month. 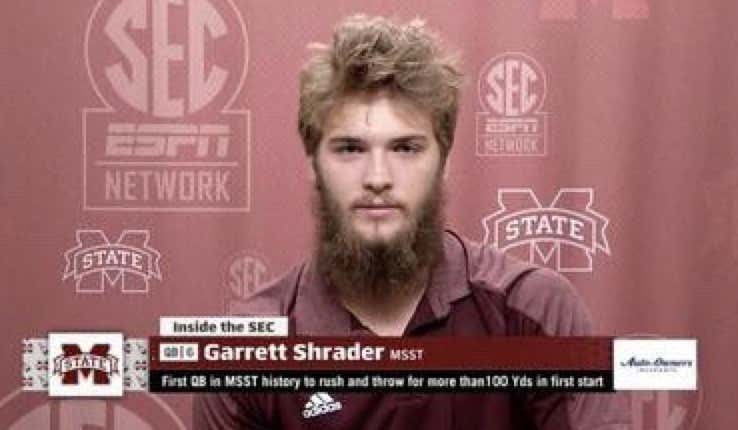 Nothing  I love more than a situation like this. Rivalry game (kind, sorta). One team coming off one of the worst losses in program history. Everyone is regarding them as one of the worst teams in the nation. I heard Brandon Walker this week say they wouldn’t be favored against Rutgers! RUTGERS!

This same thing happened last year. Arkansas was coming off a loss to North Texas, 44-17. They had Texas A&M in Jerry’s World. Final score? 24-17.

Give me the points with Arkansas. I know it’s gross, but nothing gets me going like gross, ugly plays against the spread.

Let down city for Wisconsin and Northwestern is coming in with a lot to prove. This game is off just a point from the Arkansas – Texas A&M matchup and they are very similar games from a gambling perspective. The underdogs are being undervalued due to their early season blunders. That’s fair, but the market tends to overreact a bit.

I just don’t think Northwestern is bad enough to be a 24-point underdog to Wisconsin. 17? That makes sense. 24? Nope. They still have a defense that ranks 26th in the nation according to FEI. That will be enough to keep them in this game.

I’m a bit confused by this line.

Maybe Vegas knows something I don’t, but Buffalo should not be a 3 point favorite on the road here. Especially coming off a big win against Temple. Letdown city in Miami, Ohio this weekend for Buffalo and I love getting 3 points with the Redhawks.

Another home underdog getting 3 points? Are the oddsmakers trying to turn me on?

I LOVE this game.

FEI is most likely overvaluing the Baylor Bears, but that doesn’t scare me away from taking the points here. I think this is finally the game that Baylor announces themselves as a factor in the Big 12 race for the rest of the season. QB Charlie Brewer has a big game and Matt Rhule leads the Baylor Bears to victory.

Boston College got back on track last week against Rutgers. Now, they come home to take on Wake Forest. This season is far from lost for BC. They are 1-0 in ACC play and if they pull off the upset against Wake Forest, they’ll be at the top of their division. Yeah, they have no chance to beat Clemson late in the season, but they’ll still be in position to find themselves in a great bowl game.

Give me the Eagles plus the points.

P.s. Throw back to one of the greatest games ever. 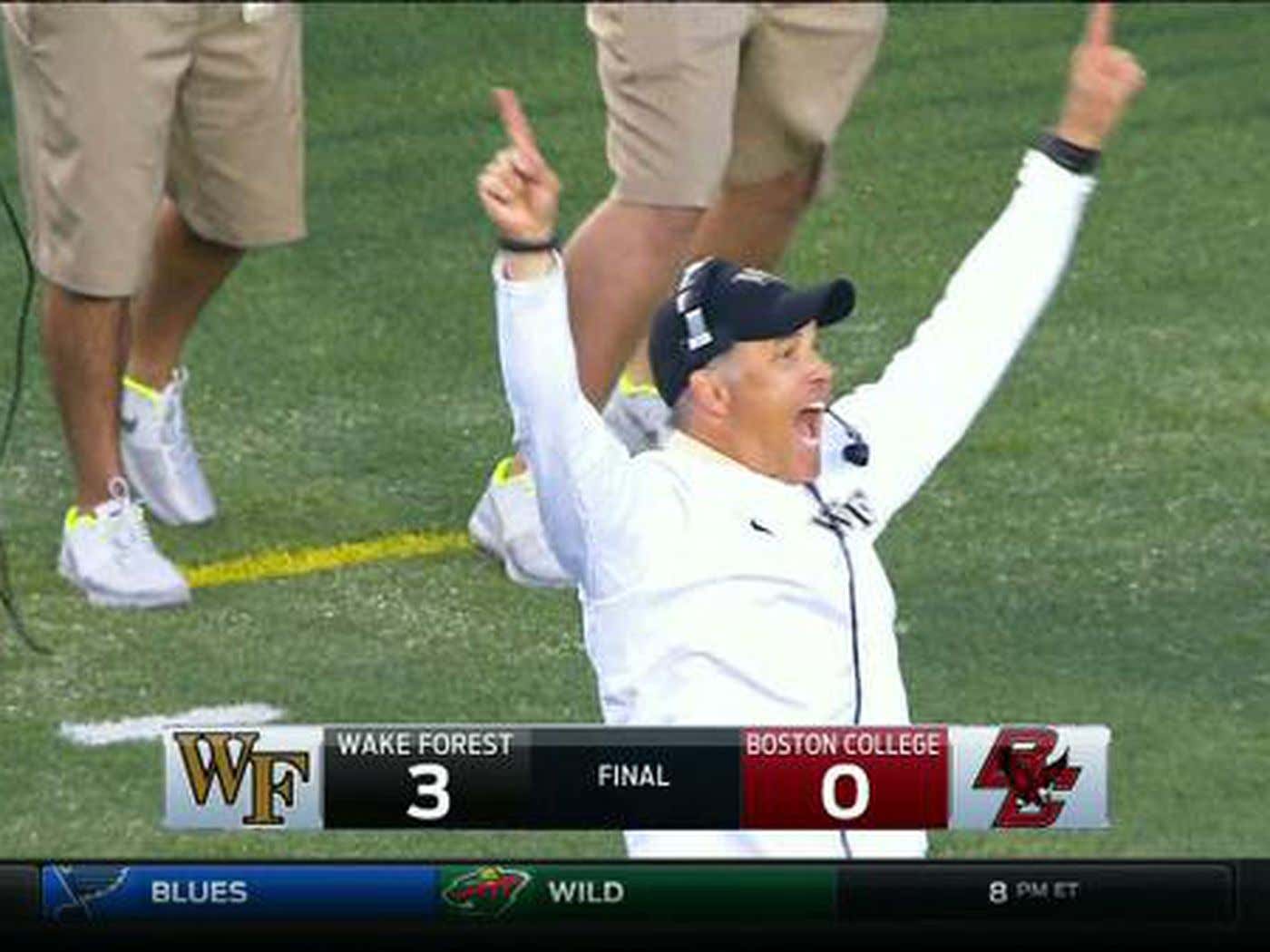 That’ll give us the cover.

Imagine not taking UConn in the Civil ConFLiCT? Couldn’t be me.

I have inside sources saying UConn wants to send a message to the entire AAC with a great performance in this game. They have the number 44 hung up all-around their football facility. They feel disrespected. They are going to take a trip down to Orlando and SHOCK the world.***

Great spot for Middle Tennessee here. Next week, Iowa has Michigan. Michigan may not be a divisional rival, but this is definitely a look ahead situation for the Hawkeyes.

Middle Tennessee State has covered at Michigan earlier in the year, showing us they aren’t afraid to go into a big stadium and compete. QB Asher O’Hara has the 42nd best QBR in the country and has accounted for 980 yards of offense through the first 3 games of his season. I expect a big game from the dual-threat.

I just really don’t think this Coastal Carolina team is that good. They rank 91st in SP+ and 97th in FEI. They now go on the road against a dominant Appalachian State team.

Coastal Carolina has failed to beat App State in it’s history. They wouldn’t have covered in 4/5 of them with this 15.5 point spread.

If Sawyer Smith doesn’t play in this game, Kentucky will be on their 3rd string QB. South Carolina isn’t going to end with 10 wins, but they are still a very good team. I can’t say they same about Kentucky. I have serious concerns about this Kentucky team. They may struggle to get bowl eligible. I’d expect them to end with 6 wins, but this isn’t going to be one of them.

Colorado State suffered a big loss after Collin Hill went down with a torn ACL. Patrick O’Brien stepped up to perfection on Saturday night against Toledo, though. He threw for over 400 yards and just 1 interception. He may be better than Collin Hill. Utah State is a good team, but 24 is too many points.