Author’s Note – Hi. It’s Carl. This blog comes to you from my personal NFL sharp, Dope Ropes. I’ve been tailing his NFL Sunday morning blog for years and it’s literally one of my favorite places on the entire internet. This is his 3rd blog for us and so far I’ve gotten really positive feedback, mostly because he’s two things: (1) a brilliant NFL guy and (2) a fucking HILARIOUS blogger.

If you guys like his NFL gambling content let me know. I want to give him a shot to earn your respect and this is how it works. Personally I like his stuff but ultimately it comes down to you. 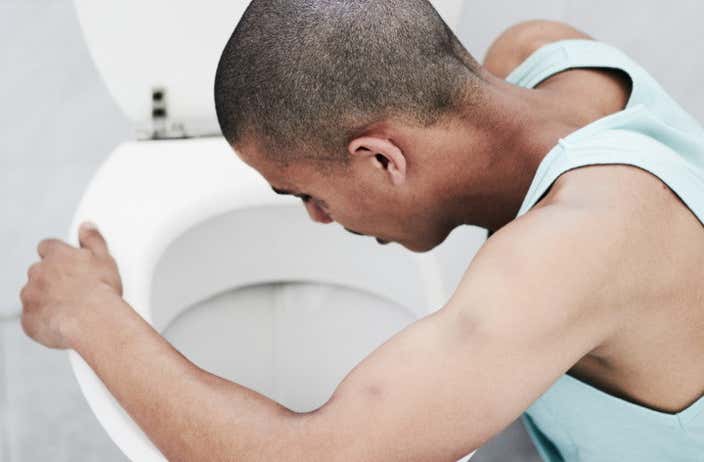 “Some Disgusting Overs From Dope Ropes”

Taking the Over for two teams with a combined record of 1-5?  Love it.

In the past few years for the Giants, there’s no underselling how bad Eli was.  So uninspiring.  No mojo.  No juice.  Ben McAdoo knew this and campaigned to bench his bum-ass, only to be scapegoated out of town.

Eli’s benching, conveniently at a 116-116 career record, springs opportunity.  I’m a huge proponent of jumping on a team shortly after losing a “I have a strong legacy but my current form sucks” QB like Eli.  Daniel Jones is an upgrade at the position, but more importantly, he’s inspiring hope into an offense that was previously going through the motions.  With each individual member believing just a little bit more in the prospect of success, we’re quickly looking at a team that cares again.  I mean, we had an injured Saquon bouncing around like a pogo stick after last week’s win, which is a shift in energy that can permeate a locker room:

The loss of Saquon is undoubtedly a huge hit to this Giants offense, but not-so-much against a Washington D that has a strong front-4 but nothing past that.  Facing a defense that calls for a passing game script anyways, the absence of Saquon and the shittiness of Wayne Gallman will make the decision that much easier to let Danny Dimes cook.

Turning to the Redskins, those motherfuckers just put on a vomit-inducing display on national TV, as a ruthless camera crew repeatedly zoomed into Jay Gruden’s lifeless eyes.  But this week, there’s good news for Washington – the Giants defense is an absolute joke.  If you throw at anyone not named Janoris Jenkins, it’s a completed pass.  It’s Janoris Jenkins and the jabronis – the worst Motown band of all-time. 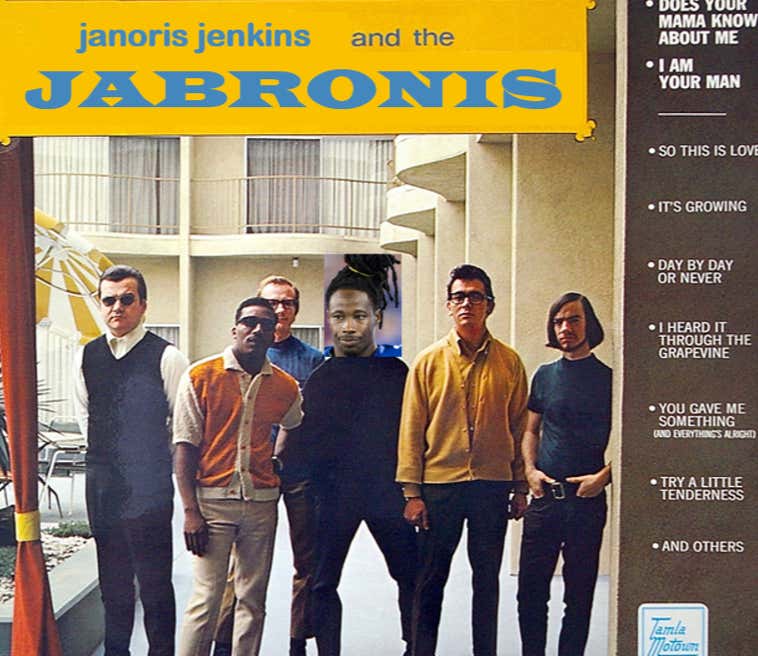 Hi, I’m Janoris Jenkins, and THESE are the jabronis.

So gross.  So, so gross.  Coming off of a 5-turnover game and working through a foot injury this week while Dwayne Haskins breathes down his neck, Case’s stock cannot be lower.  But I’m telling you, the Giants secondary is THAT bad.  Let’s buy low and cash an ugly ticket.

Knowing that the Skins will go on to play the Vikings and Patriots in their next two games, this is their last chance to get some points before possibly going 0-6.  Gruden knows this, so he’ll be throwing everything he has to outscore the Giants in this one.  The passing game will be wide-open all day, and with Alec Ogletree not there to quarterback the Giants D, the middle of the field will be there for the taking… uh-oh…

We cashed on a Frank Gore prop bet last week, so we might as well keep our old balls dragging.  AP rushed for 25 and 37 yards in his last two games at an anemic 2.8 yards/rush.  He’s not good.  But with the Giants shading back to protect their secondary, and not having Ogletree to thump up the middle, AP should be able to take what’s given to him and cover this easily.  Hold your nose and place your wager.

Forget game script, personnel, injuries, stats, and all that shit.  Let’s just talk about how the world works: the Patriots are winners and the Bills are losers.  Sometimes you just need to simplify your thinking and align with destined outcomes.

And hey, we’re not making this bet for us, we’re making it for the safety and well-being of Bills fans everywhere.  If this is what they do after beating the Jets, Giants, and Bengals…

…there will be no survivors with a victory over the Patriots.  They’ll be butt-funneling gasoline and swinging from power lines in no time.

Even though the Bills are 3-0, I’m not gonna claim that we have any sort of an edge here.  Nobody is buying the Bills – the Patriots are undoubtedly the square play.  We are with 78% of the bets and 72% of the money.

Here’s why I don’t give a fuck: the Pats don’t need motivation, but they have motivation.  This game is for the AFC East division lead and the livelihood of an undefeated season.  The Bills dream of it while the Pats expect it.  Sean McDermott has complete buy-in from his players, but the Pats out-class his team in game planning, experience, poise, and in-game adjustments.  This is the “reality check” game that sets everything back into place.  After an early Patriots score that sucks the life out of the stadium, Bills fans will return to their loser ways and say “it was fun while it lasted.”

One last thing to call out: this is the best Patriots defense of this decade.  They won’t get that level of respect until they start facing real NFL offenses, but I’ll just say it now.  They have such depth and versatility that they can neutralize completely different offenses from week-to-week.  I wouldn’t exactly call the Bills offense “complex,” so I honestly don’t know how the Bills come outta here with more than 14 points.  The Pats offense has the following factors working against them, but none of it will stop them from scoring more than 14:

+ Josh Gordon and Edelman are working through injuries

+ Tre’Davious White will lock down Gordon

+ With James Develin on the injured reserve, the Pats won’t be able to attack with interior rushing as effectively as they would want.  This is important because Buffalo’s biggest defensive weakness is interior run D.

This is a James White game.  He missed last week to be there for the birth of his son, but he’s back for a game in which he is sorely needed.  On a related note, I’m getting reports that Belichick personally administered White’s vasectomy so that bullshit never happens again.

This is really a “blind faith in Mahomes” bet, and I wrote enough about him last week, so we’ll keep this breakdown to bullets:

+ Similar to the New England leg of this teaser, we have no edge here.  This is a meathead bet.  We’re with 83% of the bets and only 71% of the money.

+ Detroit will be able to run against the Chiefs.  This will keep them in the game and make this a less comfortable bet than you would want.  Keep your faith – the Chiefs will win.

+ The Detroit defense can’t defend passes to RBs.  That is Andy Reid’s shit, regardless of his RB talent.  This is a big reason why Reid has historically owned Patricia.

+ Darius Slay is limited with a hamstring injury.  Mahomes doesn’t need help, but this only makes things easier for him.

As you would expect, this is the unpopular side, with 67% of the bets falling on the home favorite.  In the eyes of the public, this is a high-flying Texans offense against a back-up QB on a kinda-boring Panthers squad.

Here’s the problem: the Panthers pass D is pretty fuckin good.  Through the first 3 weeks, they’re 2nd in yards/pass allowed after facing a decent slate of passing offenses: Rams, Bucs, and Cardinals.  If the Texans want to win this game, they’ll have to do it on the ground.  Carolina’s run D is below average, but so is Carlos Hyde.  This match-up simply doesn’t play to Houston’s strengths.  Expect Watson to see pressure all day (per usual) and struggle to find open options downfield.  This has the makings of a slow day for the Texans.

Switching to the Panthers, remember what I said about Eli Manning earlier?  The same applies with Cam Newton and this Panthers team.  Cam’s current form just isn’t good.  He sails passes, doesn’t run, loses games, and dresses like an asshole.  In his absence, the team doesn’t have to worry about making excuses for their superstar’s poor performance, and now they can just go out there and play.  There’s a drop-off in expectations from Cam Newton to Kyle Allen, but there isn’t necessarily a drop-off in performance.  This is a revitalized team that will turn heads with their renewed energy.

In a grind-out game that will be messier than expected, I’ll take 4.5 points and the better coaching staff.

Do you think the Colts are one of those “sneaky good” teams?  Well, they were sneaky good, which is why we cashed a ticket on them against the Titans in Week 2.  But now they’ve earned the public’s respect as being “good” – not sneaky.  If you were thinking of taking the Colts here, don’t.  You missed your window to get value on them.

People are piling bets on the Colts this week while ignoring injuries to players that made this team a darling in the first place.  Let’s visit a quote from my Week 2 blog:

“[The Colts have] one of the most underrated defenses in the league with absolute FREAKS like Darius Leonard and Malik Hooker.”

Yeah, both of those guys are out this week.  Throw a T.Y. Hilton injury into the mix, and we’re looking at a very different Colts team.  With missing pieces on defense and limited field-stretching ability on offense, the Colts are going to simplify this game.  They’ll lean on their stellar O-line and hand the ball off a million times to grind this game out and keep their defense rested.  That is NOT the game script you want when you’re giving up 6.5 points.

John Gruden can’t be trusted with personnel decisions, but he can coach, and he’ll have some nice offensive pieces at his disposal to keep this game close against a weakened Colts D.  Josh Jacobs will bounce back from his Week 3 illness that had him down 15 pounds, Tyrell Williams will stretch the field, and Darren Waller will reel in 10+ catches and not do drugs.

Taking a step back, I just realized that all of these picks will be happening in the first time slot.  It’s gonna be an ACTIVE few hours.  I’ll see you on the other side.