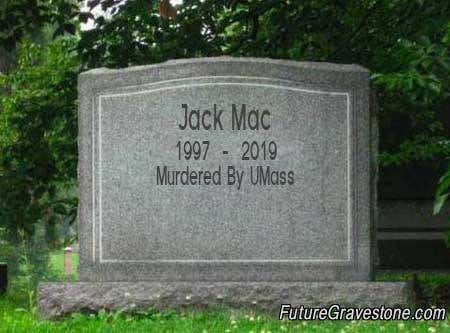 I’ve never been so proud of my boys! Oh you think UMass is just going to roll over and play dead because a couple of starters got suspended? It’s fucking UMass, bro. A week where no players are suspended just doesn’t exist on this or any other planet. I don’t care how many games in a row we lose, the second some dumb dumb like Jack Mac starts to count us out we throttle the Akron Zips like you wouldn’t believe. Season high in points, season low in points allowed. Honestly I wouldn’t be surprised if the Minutemen ran the table on the heels of this victory. Now they have something to rally behind. Now they have a common enemy. Now they have a reason to fight for every inch on that gridiron.

WELCOME TO THE ZOO, JACK MAC!!!