By now, I’m sure you’ve heard of the Hot Tip that wasn’t so hot on Saturday:

I heard rumors of a situation going down in Amherst that didn’t end up being true. Akron -9 lost. UMass ended up winning outright. I was rightfully torn apart (just look at my replies on Twitter) on Saturday by everyone. Everything didn’t end up going how I thought it would. I was saying there would be a documentary made about this situation!

Today, I knew it would be brought up in the office. Some were mad that I wouldn’t say sorry to them. I took heat from Dave, Big Cat, Black Jack, Marty, and Hank. However, I didn’t think UMass coach Walt Bell would comment on this. Turned out I was wrong about that. 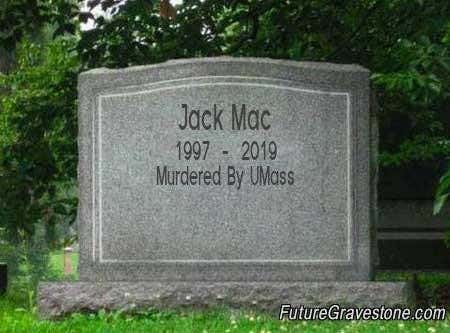 A great joke by Walt Bell. I’m glad he could make it. He buried my 6 feet under with that bad boy.

I’ve been getting some messages in which people are saying I saved the UMass football program. A team that was 0-4 and literally at Rock Bottom. 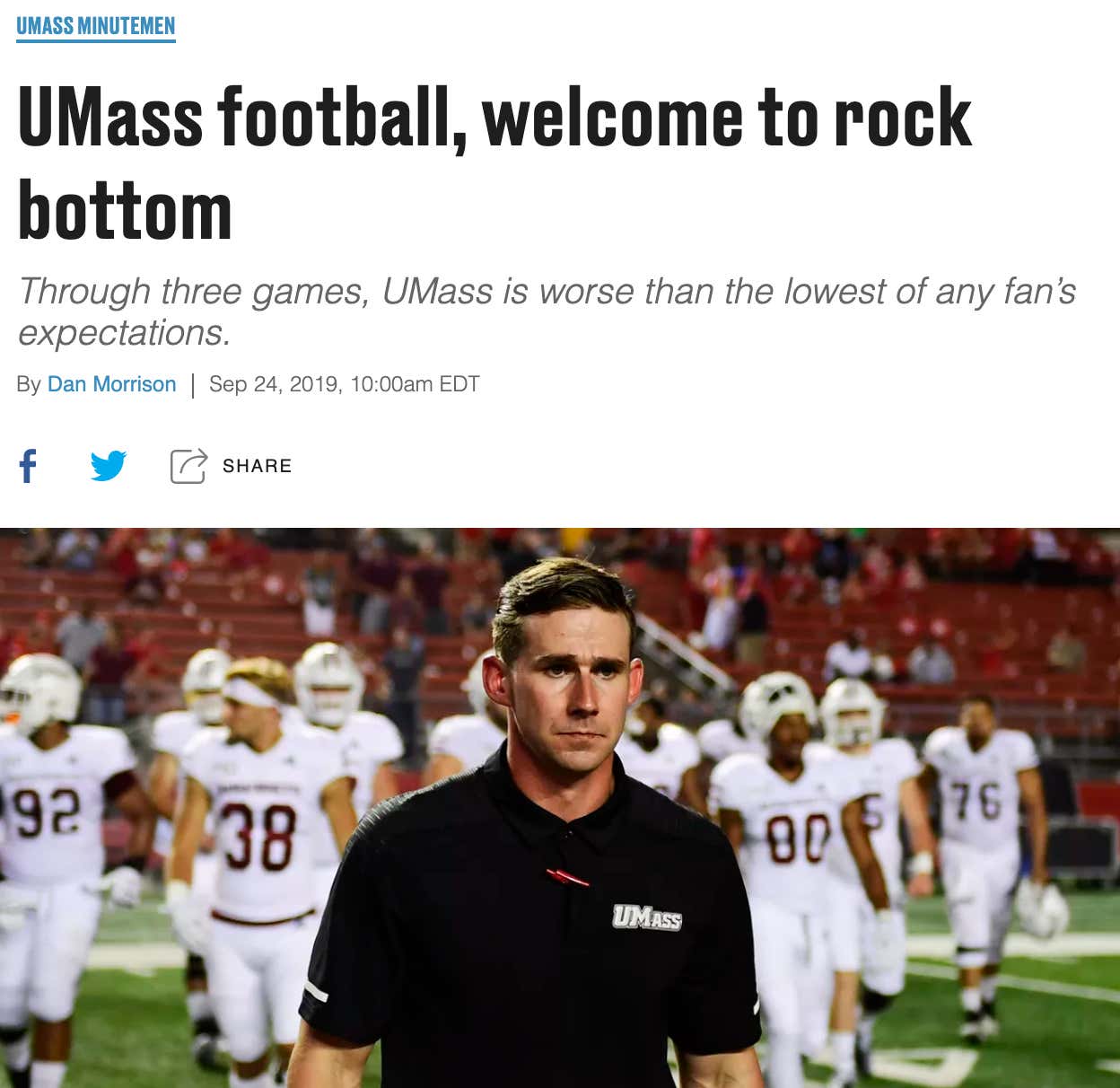 And now their team/fan base is rejuvenated thanks to a little blogger who graduated from college 4 months ago after beating literally the worst team in the country. They were given thousands of dollars worth of free advertisement and press after beating the worst team in the country. This is a team that lost by 25 to an FCS team (at home) just a few weeks ago. And now the whole world is talking about them. Think that happens without my hot tip?

This is what other people are saying. Not me, though. I will take my loss like a man. Stay humble and continue my college football season, which I am 52-36 on with 11.98 units gained. Not a big deal. Just continuing to do my job.