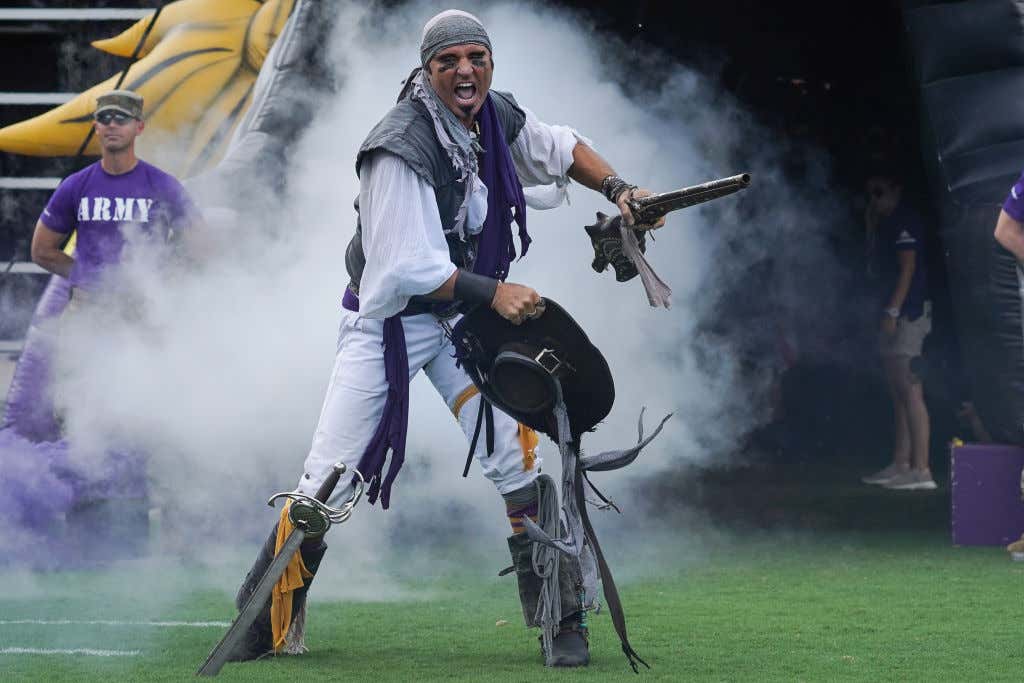 This weekend is officially the weekend of dead/hurt mascots.

It started yesterday when we heard the news of Air Force’s falcon, unfortunately, passing away:

And now, we have word that ECU will be playing for Steve The Pirate, who will be missing tonight’s game:

How many mascot games can we get in one weekend!

An injured mascot is much different than a dead one in the gambling sphere, but I can only imagine the pump up speech for ECU tonight: “This. Is. For. STEVE THE PIRATE.” “Let’s go out there and cover the 12 for Steve.”

This would even come more of a must bet if ECU contacted Steve The Pirate’s backup:

ECU takes on Temple tonight at 8:00 PM. They are currently 12-point underdogs at home. This is a big game for ECU, they don’t often get on national TV. Temple is coming off a comanding win over Georgia Tech, 24-2. This win was also emotional for most of the players, as Georgia Tech is coached by former coach Geoff Collins. Can anybody say emotional letdown on a short week against a team playing for their mascot?!?