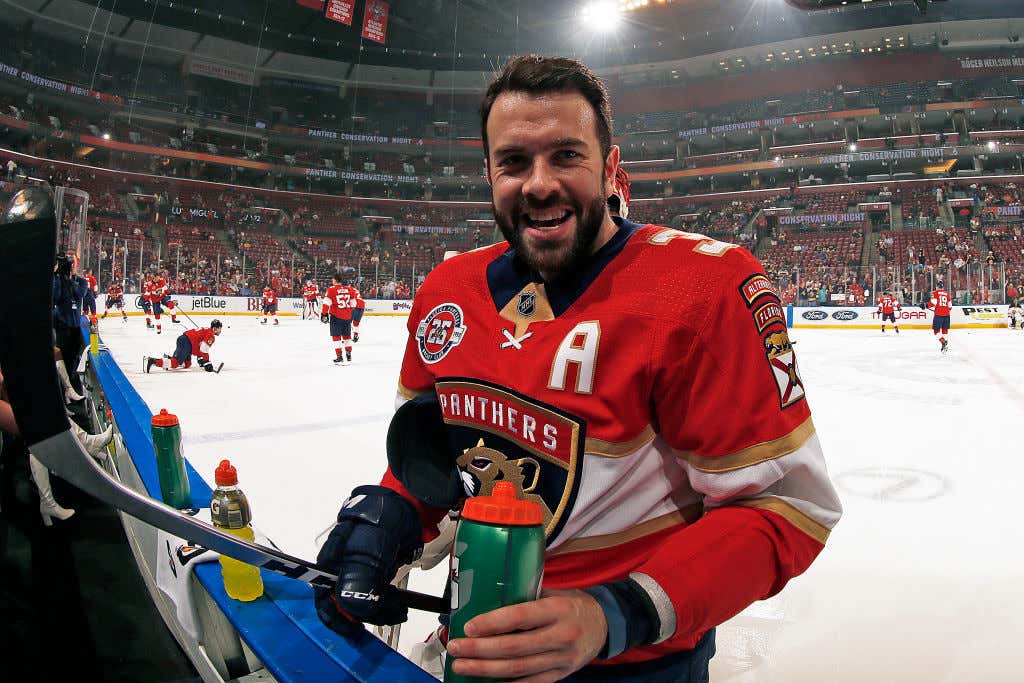 We at Spittin’ Chiclets are the biggest of Keith Yandle fans, but even if you aren’t a fan of the Sonk King, anyone can appreciate the hands displayed by Yandle last night during the Panthers-Lightning game (except if you bet the over).

In the final minute of the game, with the goalie pulled, Steven Stamkos got a point-blank shot on an empty net. Yandle stepped up, sonked in, and used some of the best hand eye in the NHL to bat the puck out of the air. We aren’t talking about Biz shooting the puck here, we are talking about Steven Stamkos, one of the best pure shooters in the league. Buddy has a missile.

Yandle just sticking it to anyone who had the over in this game as well. The score at the time was 4-2 with the over being 6 1/2, imagine losing on the over like that? Nightmare fuel right there. Lucky for them the Lightning would go on to add another to hit the over.

Just another reason Keith Yandle continues to be one of the most interesting players in the league and the Sonk King.