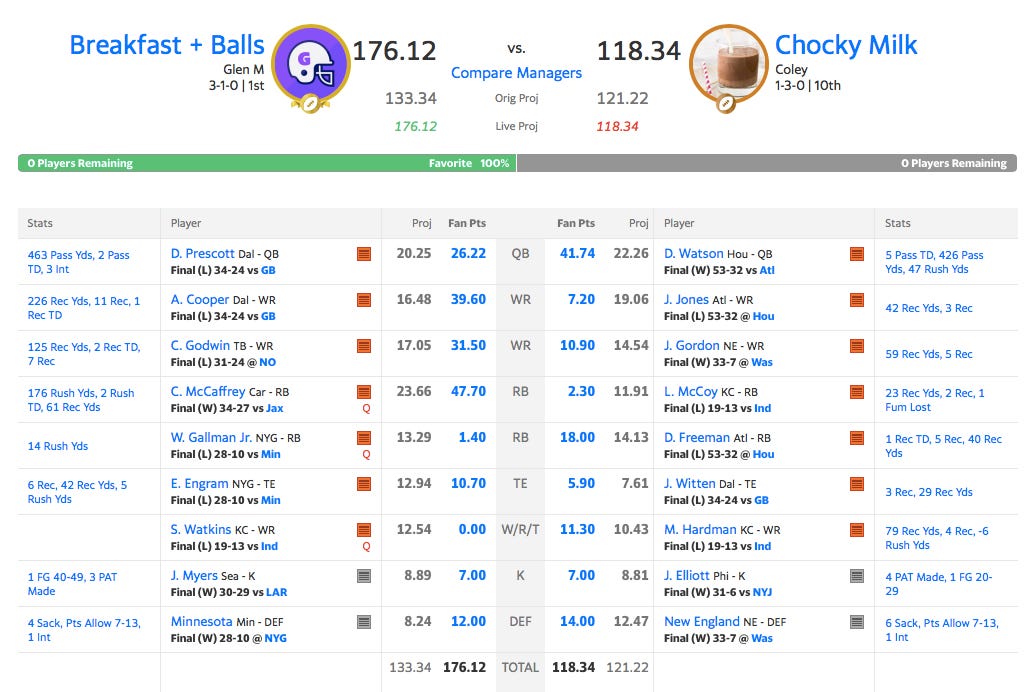 Glenny Balls has put together an absolute wagon. McCaffrey, Godwin and Cooper combined for more than 100 points on their own, more than making up for the two spots on Glenny's roster that yielded a combined 1.40 points. Coley had Will Fuller and his 53.70 points on the bench and it still wouldn't have mattered.

After five weeks, it looks like Glenny is in a two-horse race for the betting favorite of the league heading into the playoffs. 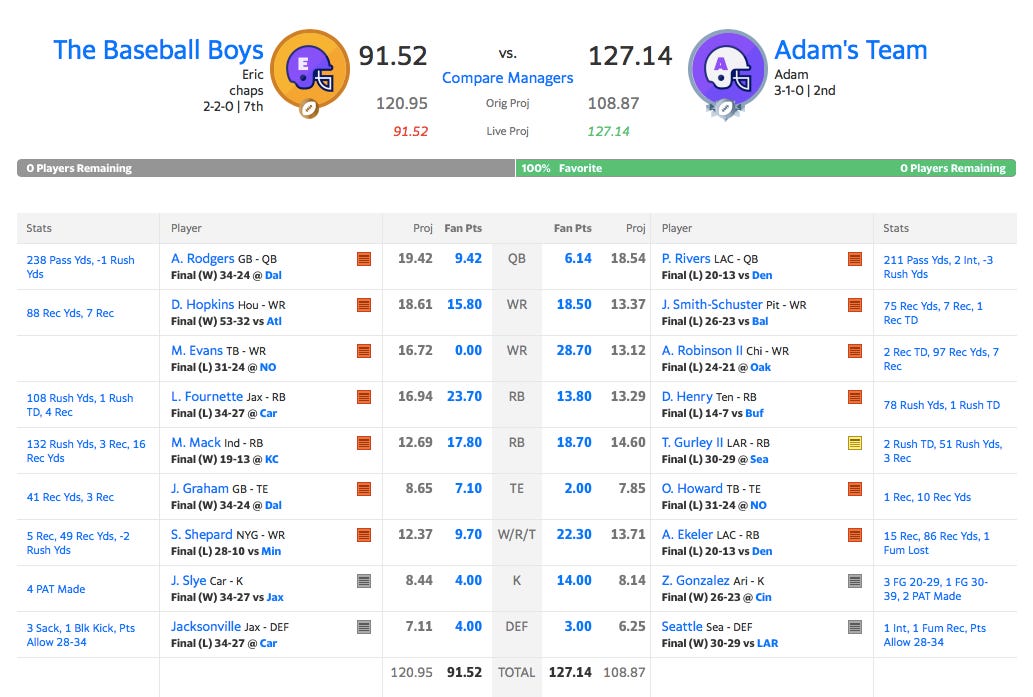 While Glenny continues to put up gaudy numbers, Smitty just keeps chugging right along with him, also now at 4-1 on the season. Smitty's trade with Coley which resulted in Allen Robinson and Todd Gurley landing on Smitty's team looks like it's starting to pay dividends.

Glenny gets all the headlines, but Smitty just keeps winning, quietly building a force to be reckoned with. 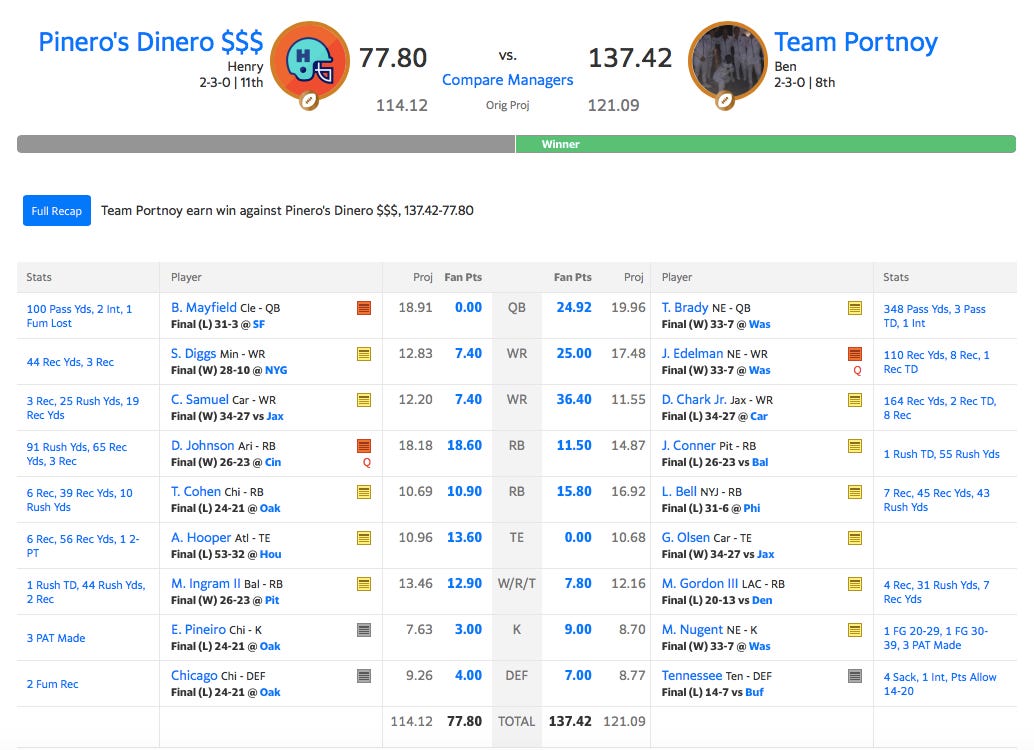 Baker Mayfield did Hank no favors this week, but it would have been hard to win anyway when getting a combined 14.80 points from his two WR positions. Team Portnoy rode one of my personal favorites this season, DJ Chark, and the Brady-Edelman combo to a big victory. 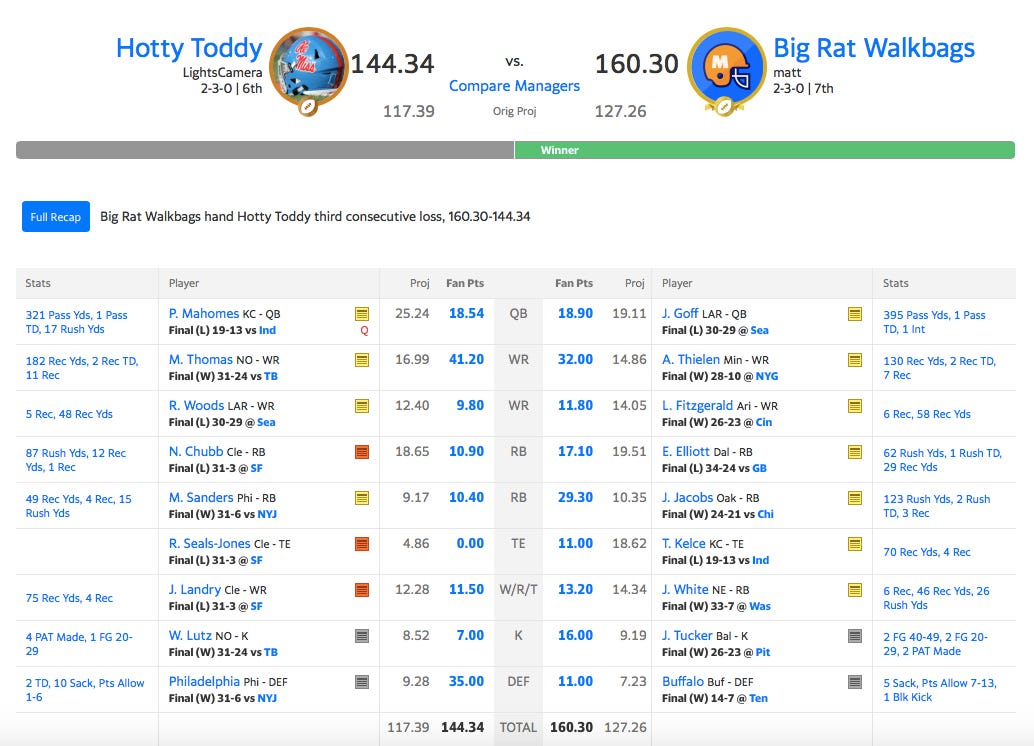 Adam Thielen finally got the game he'd been clamoring for and that coupled with the re-emergence of Josh Jacobs put the Big rat Walkbags over LCB this week. This is LCB's second consecutive loss after a 2-1 start, putting them squarely in the middle of the pack after five weeks. 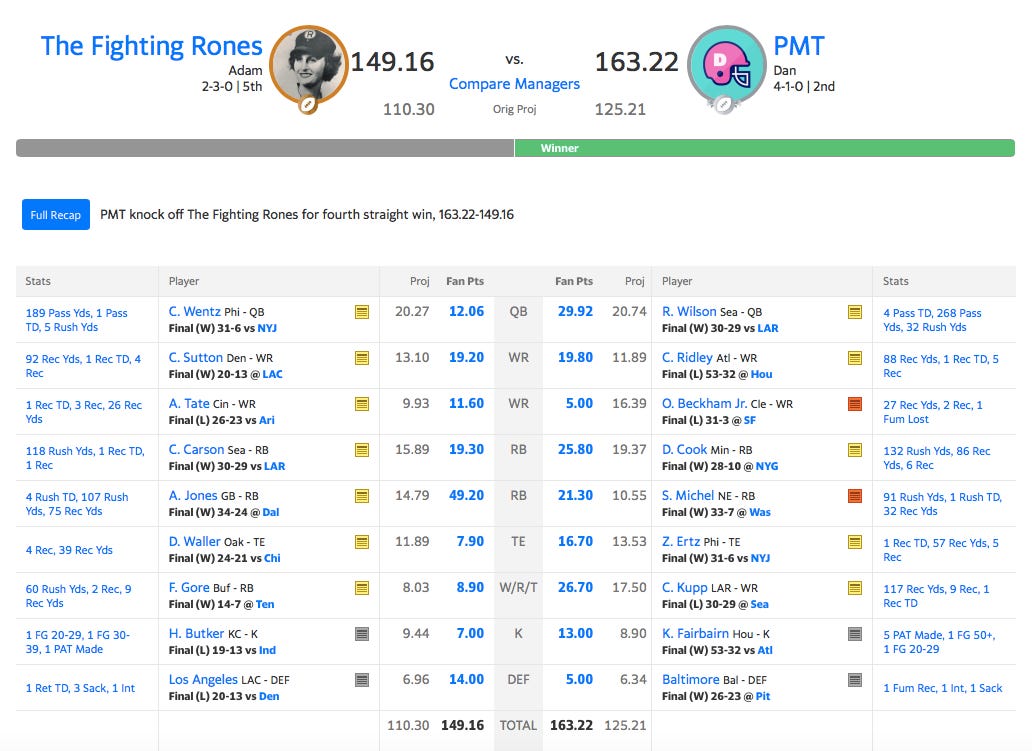 PMT is our third team tied at the top of the standings, also moving to 4-1 with an impressive performance to defeat Rone even with his 149 points. Having five players with at least 19.80 points will usually result in a pretty good week, but Cooper Kupp was PMT's MVP this week. 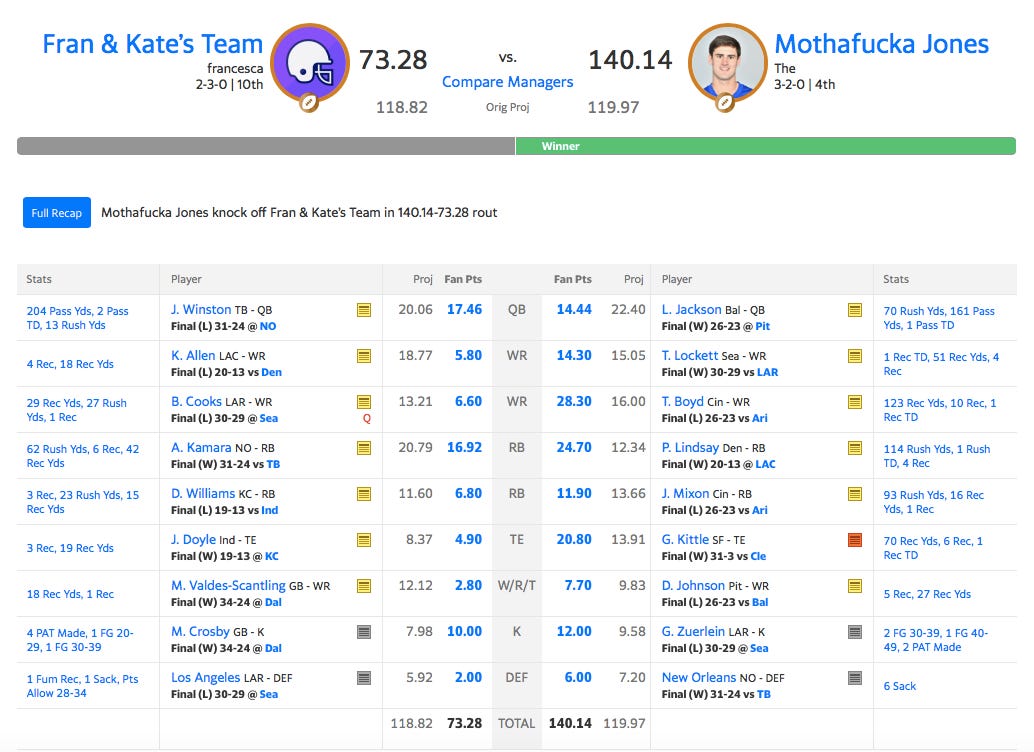 Tough week for the Frate Train as Clem derailed it off the tracks with a 67-point drubbing. Fran and Kate had six players score fewer than seven points, which generally won't get it done. Clem gets the big win to get over .500.

Team of the Week: PMT

Suckbag of the Week: Fran and Kate 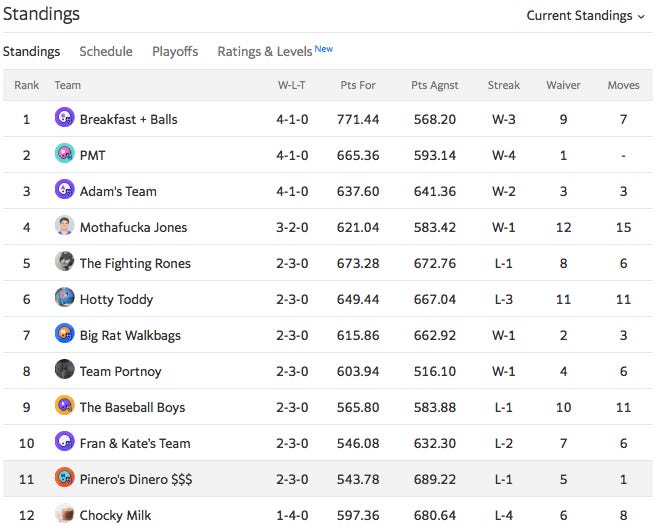