Another week of NFL football means another week of the Barstool Fantasy League. With Week 6 in the rearview mirror, the season is at its halfway point, so things are starting to take shape. Let's take a look at what happened this week.
Coley (2-4) 131.40, LCB (2-4) 108.42 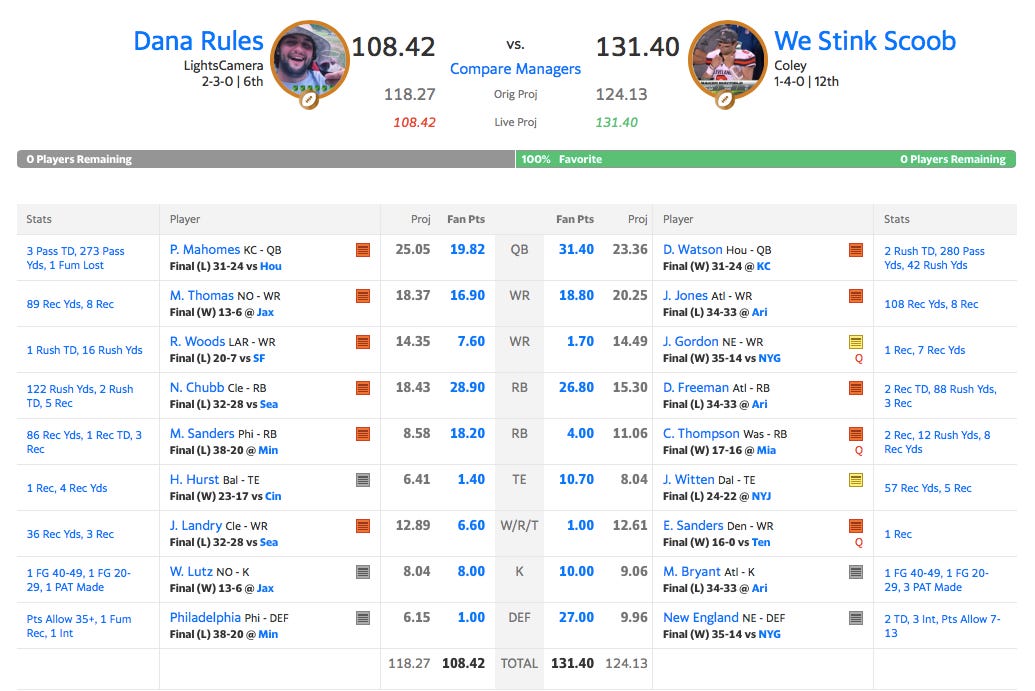 In as much of a must-win as a fantasy football game can be, Coley came up clutch. Or more accurately, Deshaun Watson, Devonta Freeman and New England's defense did. But Coley picked up a huge win when he needed it most to get to 2-4 and out of sole possession of last place.
Big Rat Walkbags (3-3) 112.22, Smitty (4-2) 69.10 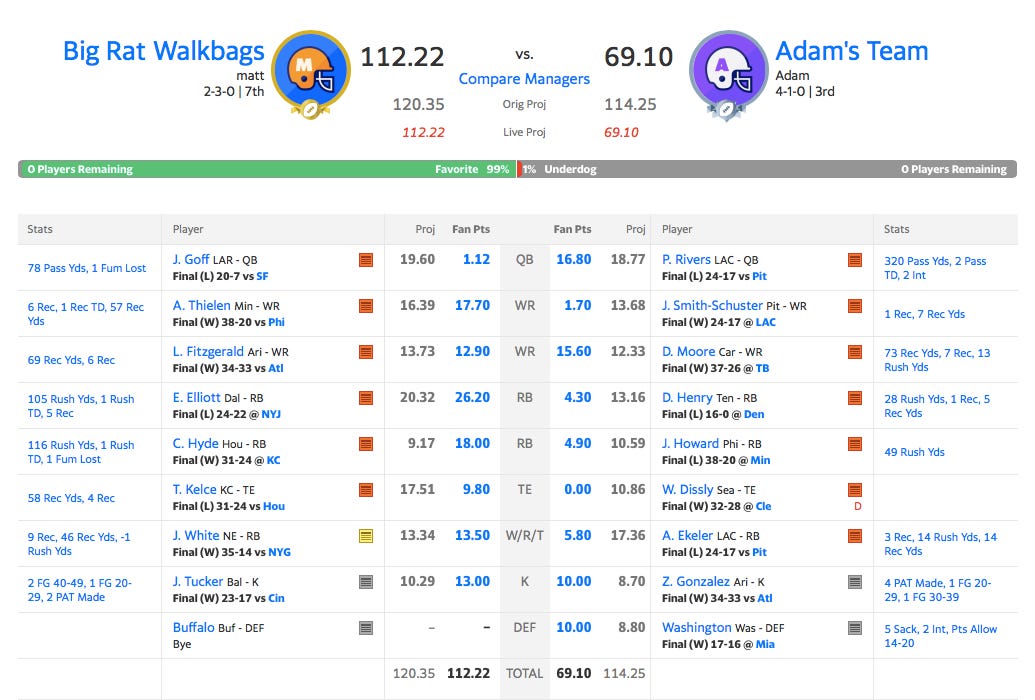 As a completely impartial commissioner, I do not get happy or upset with any result in this league. Would a commissioner of lesser integrity take joy in someone who earlier in the week disparaged him on national radio losing by 43 points? I would imagine so. But not me.
Additionally, this is the first time I've seen a team completely forget their defense is on a bye and still blow out their opponent. But again, I have no real thoughts on this because I don't root for or against anyone. I just want good games.
The Baseball Boys (3-3) 123.92, Clem (3-3) 122.24 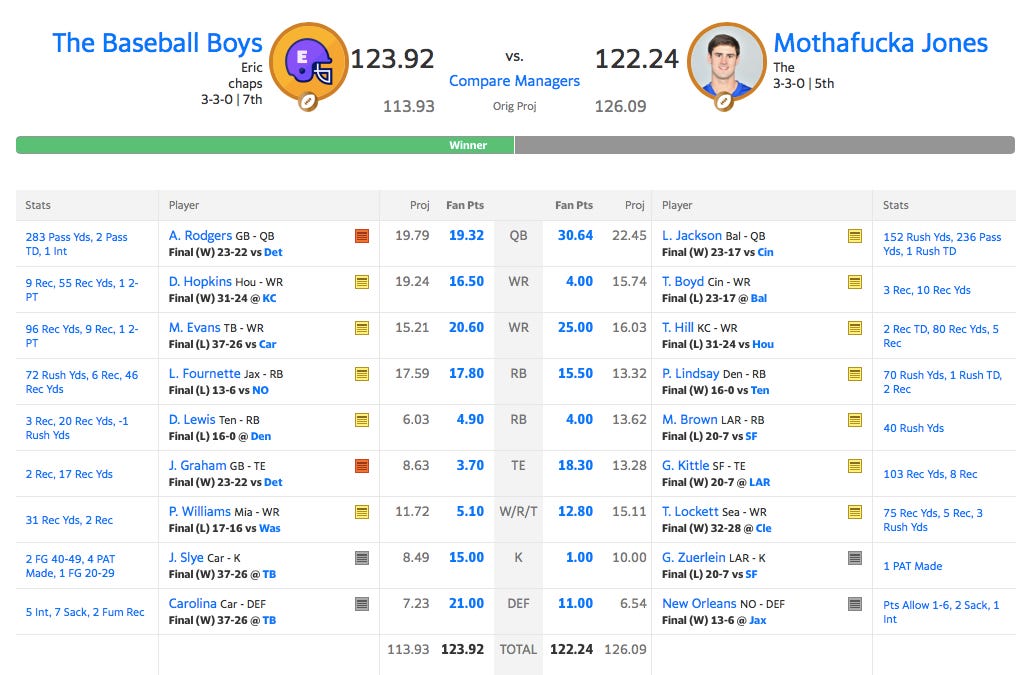 A loss like this always hurts and it's the first one you look back on come playoff season. Getting beat 15-1 at the kicker position adds an extra kick to the coin pouch, too. If there is a positive for Clem, Tyreek Hill looked to be just fine in his return from injury, so that's something to look forward to going forward.
Hank (3-3) 202.52, Rone (2-4) 122.14 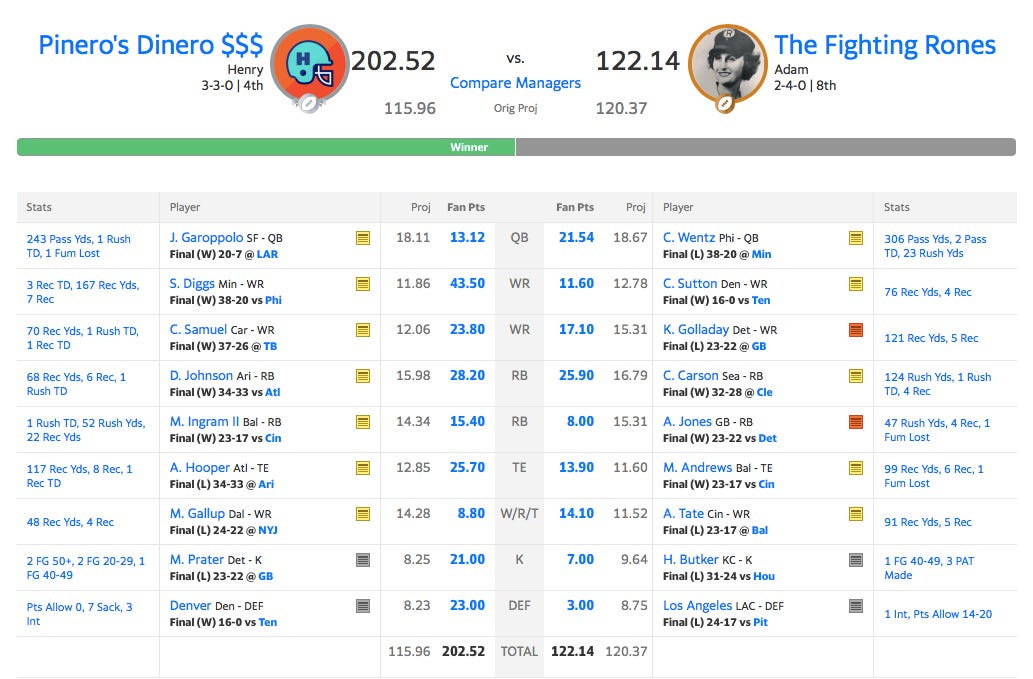 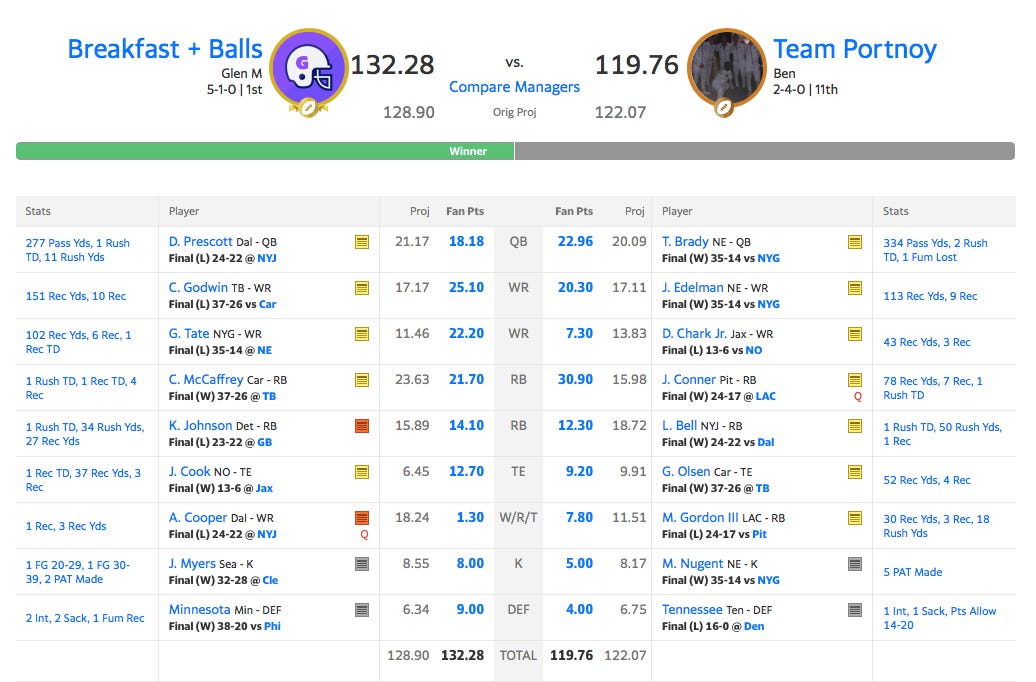 Glenny may never lose again. He has built one of the powerhouse programs not only in the Barstool Fantasy League, but in all of fantasy football. I'm going to start calling him Glen Saban. Credit to the Breakfast boys for hitching their wagon to a shooting star. And with Lisa Ann on their side, there's no telling how bright this star could shine.
https://twitter.com/thereallisaann/status/1184079878695424001?s=20
Pardon My Take (5-1) 110.60, Fran and Kate (88.00) 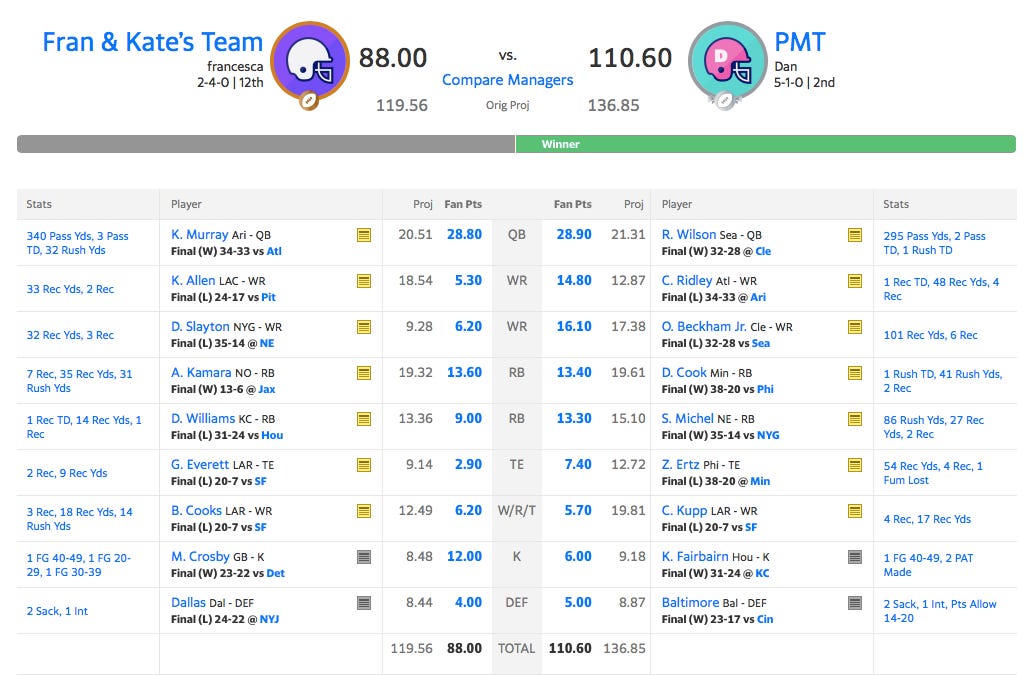 While Glenny gets all the headlines, the PMT boys just keep winning. After a season-opening loss, Big Cat and PFT have reeled off five wins in a row to move into a tie for first place. Conversely, the loss for Fran and Kate moves their losing streak to three games and puts them in a five-way tie for last place. Only time will tell who stays at the bottom and is forced to do a 12-hour radio shift.
Team of the Week: Hank
Suckbag of the Week: Smitty
Standings: 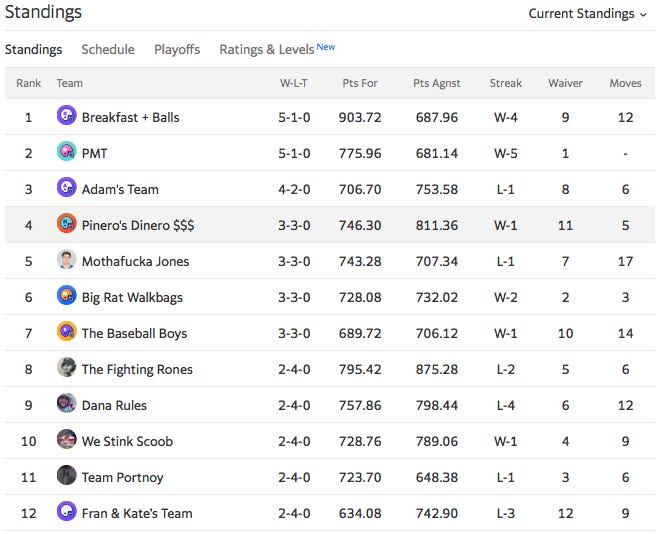