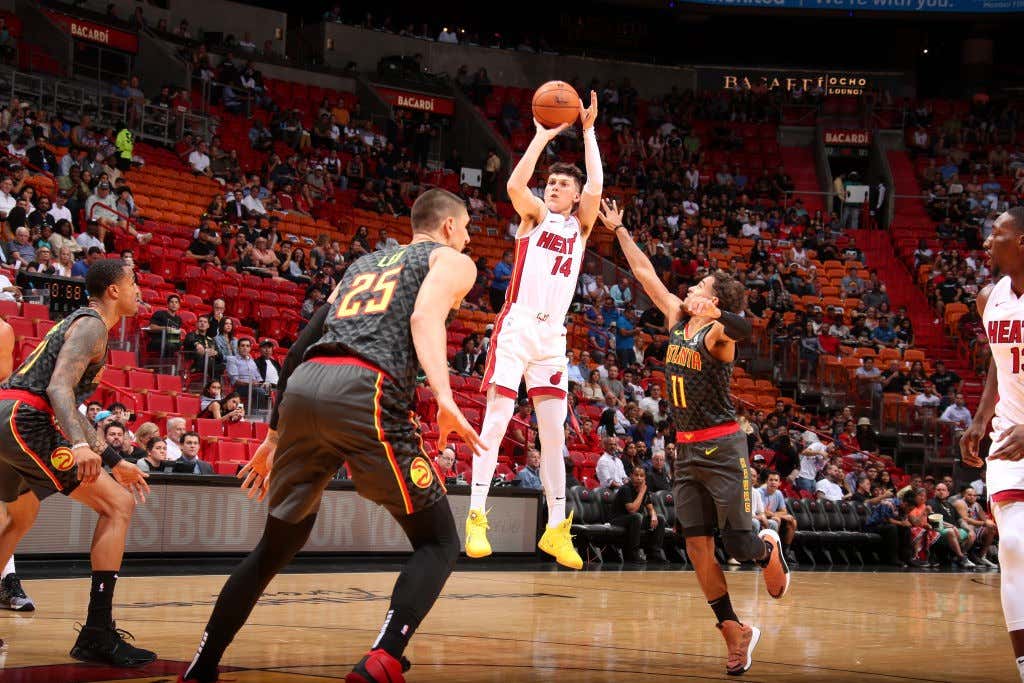 Have yourself a night Tyler Herro! I know it’s preseason, I know these games don’t matter, but listen when someone comes out and drops 14 points in 5 minutes primarily through making it rain from three and that person is a rookie, it’s noteworthy. It sure does look like the Heat and their fans found themselves a steal in the sharpshooter from Kentucky who they took 13th this past June. Remember, Herro tried to tell us that he was a bucket and honestly from what he did in college and then in Summer League and now in preseason I’m having a hard time trying to find the lie

As of now he’s +4000 to win ROY and shit if he shoots like this and some crazy shit happens why can’t he win it? I was very bummed when he was taken with the pick right before the Celts at 14, because man this dude is going to be so good. He’s not just your standard lethal spot up shooter either, he has some sauce to his came and that’s probably why his confidence is always sky high. As I write this he’s up to 23 points on 9-12 shooting with 5 3PM, and something tells me we’ll be seeing much more of this as the year goes on.