Earlier this week, we at the Fantasy Football Factory conducted the preliminary round of Barstool's premier whistling competition.

The impetus for this was my assertion that I was the best whistler in the office before we recorded last week's show, which led to me whistling the FFF theme song in the intro — 1:20 into the "Full Time Tennessee" episode.

So in an attempt to test my hypothesis, my co-hosts gathered any and all who wanted to test their skills and had everyone take part in the American Idol of whistling. Everyone was given the same song — the Star-Spangled Banner — to perform to establish a baseline skill level.

The early returns look promising for me. 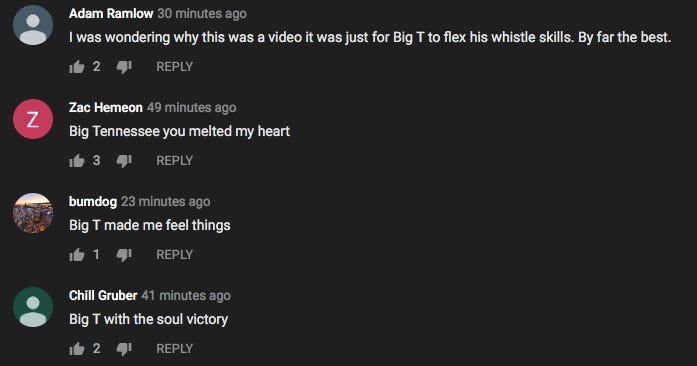 Everything in the video is just the first round, though. We're going to be monitoring everyone's comments on YouTube, the blog and social media and that will be used to determine a set of finalists who will compete on a live streamed event next week for the title of best whistler in the office.

So be sure to cast your votes for who you think deserves the whistling crown and be on the lookout for the finals next week.