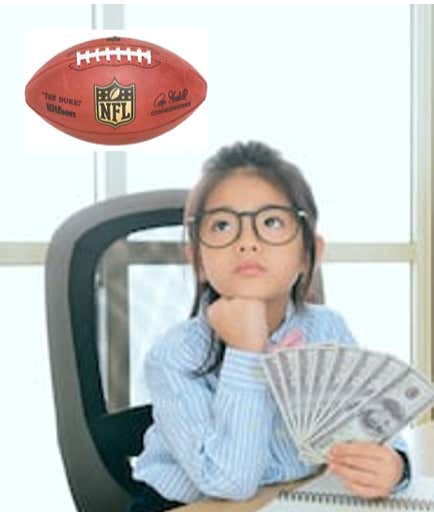 I Used My Child to Lock in these WINNERS

My performance this season has been slightly below my strong historical standard.  It’s time to switch up the mojo. We need a goddamn spark. This is the perfect time to turn to ridiculous superstition.

These bets are winners, but just to make sure, I need you to place them through an innocent human – someone who has never bet before. It can be your mom, your nephew, or just a risk-averse friend (pussy). I don’t care, but the bottom line is that these wagers need to go through someone with a clean slate who has not upset the betting gods.  Today, we take advantage of the gods showing favor on the untainted.

On that note, all of my bets today have been entered through my child’s tiny fingertips: 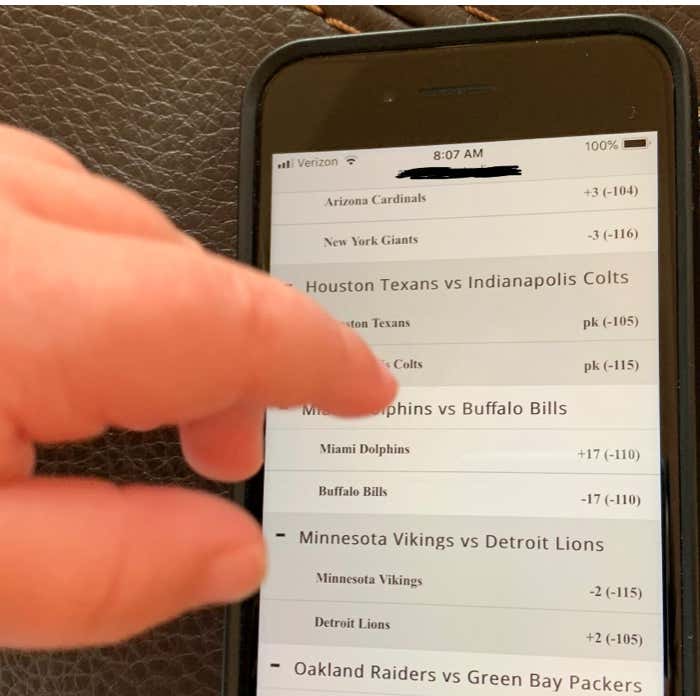 A spread over 14 points is typically reserved for a great team with a great QB going against one of the worst teams in the league.  In these cases, public meatheads will pile bets on the favorite, no matter how high the spread, using the rationale of “this team is gonna kill the other team.”  Yeah dude, that’s why the spread is huge.

But here’s the thing – the Bills are not a great team and they don’t have a great QB.  This is a rare occasion where the public is running away from the heavy favorite.  And I get it – we’re talking about the fuckin Bills – they haven’t been favored by more than two TDs since 1993.  This has to be the least appetizing above-14-favorite of this decade, and the sharpest sportsbooks are STILL hanging a 17 number here.  All of a sudden, this makes me fuckin LOVE the Bills.

There are two reasons why people are pouring bets on the Dolphins.  The first is recency bias.  When we last saw the Bills, they had an uninspiring 14-7 win over the “blah” Titans following their loss to the Pats.  This is not encouraging to lay 17 with Josh Allen.  As for the Dolphins, they nearly got their first win of the season last week, with Ryan Fitzpatrick coming off the bench to lead a 4th quarter comeback before ultimately falling short to the Redskins 17-16.  The second reason people are taking the Dolphins is that bettors want to be the smart guy in the room, hoping they can say they made money off of a penny stock by buying the worst team in the league for a week.  There are a lot of fake sharps out there who will “see value” in the Dolphins and say that this number is “too high.”  Well, I think they’re too high.  Got ‘em.

But really, this is literally the highest Miami’s stock will be for the entire season.  What a terrible time to invest in them.  Last week, facing a Redskins team in turmoil who had just fired their head coach mid-week, of course Miami was able to keep it close.  Don’t let a recent near-win against a dumpster fire of a franchise fool you into thinking that the Dolphins have life.  Prior to the Redskins, the Dolphins lost their previous four games by an average of 34 points.  It’s safe to say that last week’s game was their last chance at a victory this year.  The loss removed any remaining doubt – the full tank is on.  How do you motivate a team after dropping that one?  How do you convince them that a win is worth fighting for?  At this point, I like to think that Brian Flores is the girl in a crumbling relationship who is berating her boyfriend in one last desperate attempt to get her slob of a boyfriend to care, and he’s just 100% checked out (example).

Trust me, I’ve been there.  I once attempted to break up with a college girlfriend, and she straight-up  gave me the Costanza response of “no.”  She said, “let’s go for a drive and talk about it.”  As I made it abundantly clear in the car that I had no intentions of salvaging the relationship (i.e. 100% checked out), we drove into an increasingly desolate area.  Next thing I know, she stopped the car in a cornfield, and she proceeded to say the meanest shit to me that anyone has said to another human, hoping this would get me to provide any sort of resistance.  It was impressive, really.  Even still, I had no fight in me, and I began violently banging my head against the dashboard and asking, “Is this what you want to see?  Do you want to see me in pain?”  You know, because I’m a mentally stable person.  She then expressed concern for the dashboard, and threatened to pepper spray me with the mace I had previously given to her and leave me blinded in the field.  I made it outta there relatively unscathed, but for a few moments I thought my carcass would soon be fertilizing that soil.

What was I talking about again?  Oh yeah, Brian Flores can no longer convince the Dolphins that any part of this season is worth a shit.  Yeah, that’s it.

The Bills may not have the most dynamic offense, but their defense is truly elite.  The last time the Dolphins faced an elite defense this year (New England), Fitzpatrick threw three picks and couldn’t crack 100 yards passing en route to a 43-0 facefucking.  This week, we’re much more likely to see that version of Fitzpatrick than last week’s semi-hero.  The Bills D is going to stifle the Miami offense all day and create short fields for Jared Allen and crew to put up easy points, who will have their choice of 5 yards/run or 8 yards/pass.  Miami is just so devoid of talent that the Bills are going to own the line of scrimage and dominate every aspect of this game.  The only talented player remaining on Miami’s roster is Xavien Howard, but he tossed on the Karl Malone jersey and is mailing it the fuck in this year (over 70% completion rate when targeted).  And look at the situation: Miami is coming off a loss that solidified their winless season, while Buffalo returns home off a bye with a bad taste in their mouths from losing their “Super Bowl” against the Pats and having a let-down game against the Titans.  Motivation is going in completely opposite directions.  The Bills are gonna come out like maniacs, and the Dolphins don’t want that smoke.

The Packers have no receivers.  They just signed Ryan Grant, the journeyman WR, not the former Packers RB from the early 2000’s.  I think they’d rather have the running back.

This young Packers season has been defined by their offense getting out to hot starts (credit to LaFleur’s opening game scripts) before fizzling out and squeaking by with narrow victories (blame on LaFleur’s lack of in-game adjustments).  Green Bay ranks 5th in First Half points/game and 25th in Second Half points/game.  The major problem here is that the catalyst to their hot starts has been Davante Adams, and he likely won’t return until November.  And please stop thinking this Packers offense is good to begin with – they rank 18th in yards per play.  Now you take away the opening-drive playmaker in Adams, and you add injuries to MVS and Geronimo Allison?  With the amount of dropped passes and miscommunications on routes, they won’t be able to sustain drives.  Headed by a rookie coach on a short week against a non-conference opponent following a tough divisional win, this has the makings of Rodgers playing the victim of “see what I have to deal with?” and lifelessly going through the motions pretty early in this one.

“But Green Bay’s D is good, right?”  Well, their pass D is good and they blitz like crazy, but their run D sucks.  This is a problem because the Raiders have a Top-10 rushing offense, and they’ve achieved that rank despite Josh Jacobs battling an illness that ravaged his body for a two-week stretch.  Jacobs is now healthy as ever, and he’s going to run all over the Pack.

Facing a Raiders Top-10 run defense and having no receivers with a pulse, Green Bay won’t be able to explode to an early lead.  This will keep the pressure off of the Raiders, and they’ll be able to stay committed to a run game that should thrive against the Packers soft run D.  This will control time of possession and keep Rodgers on the sidelines.  The Raiders can win this game outright, and they’ll have some extra motivation to do so since the division-leading Chiefs will be without Mahomes for a few weeks.  Now’s the time to capitalize.

Knock on wood if you’re with me.

I can sum up this bet in one sentence: for the better part of this century, these two teams have been synonymous with “defense,” and now these two defenses are not good.

Here’s what I said when I took the Over in the Ravens/Chiefs game in Week 3 (winner):

“I’m afraid (not really) that this Ravens D will be going the opposite direction of the offense, especially with some noteworthy losses (CB Tavon Young on IR, Jimmy Smith ruled out this week, C.J. Mosley lost to Jets in offseason).  This is NOT the Baltimore D of last year.”

CB Jimmy Smith is still working through a knee sprain, and I anticipate him to sit out this week with the bye on the horizon, especially with news recently breaking on trade talks with the Jets.  Soooo, nothing has changed.  The Ravens have a bottom-half run D and a bottom-third pass D.  They just added Marcus Peters to help the ailing secondary, but he would rather try to jump routes than defend his man, and rather try to punch the ball out than wrap up and tackle.  He makes big plays and gives up big plays – this is not concerning to an Over bet.  On the whole, Russell Wilson and Chris Carson will have their way with this Ravens D.

The Seattle D is slightly more promising, but things are still not great.  They have a lot of good pieces in their front-7 and should improve in the second half of the season, but so far they’ve been getting absolutely bullied on the ground.  Ingram and Edwards will be able to plow forward for chunk yardage, and Lamar should have no problem breaking free into the second level.

There’s rain in the forecast, but you can let other people overreact to it.  Regardless of weather, the match-up dynamics dictate that points are going on the board.  When the game scripts wear off in the second half and Lamar & Russell start freestyling, you’re gonna be glad you’re sitting on an Over ticket.  Also, should we conspire to cut Russell Wilson’s helmet communication for the full game?  Maybe give run-heavy Brian Schottenheimer one of those inflatable headsets and see if he notices? 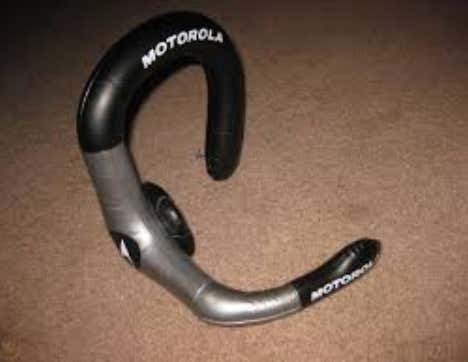 Time to find out if my toddler has a future in this business.  Let’s get that money, then use it to load up on booze for Halloween parties next weekend.  I hope you have some extraordinarily kinky sexual experiences and everyone keeps it blackface-free.  See you next Sunday.

nflpicks of the weekDope Ropes