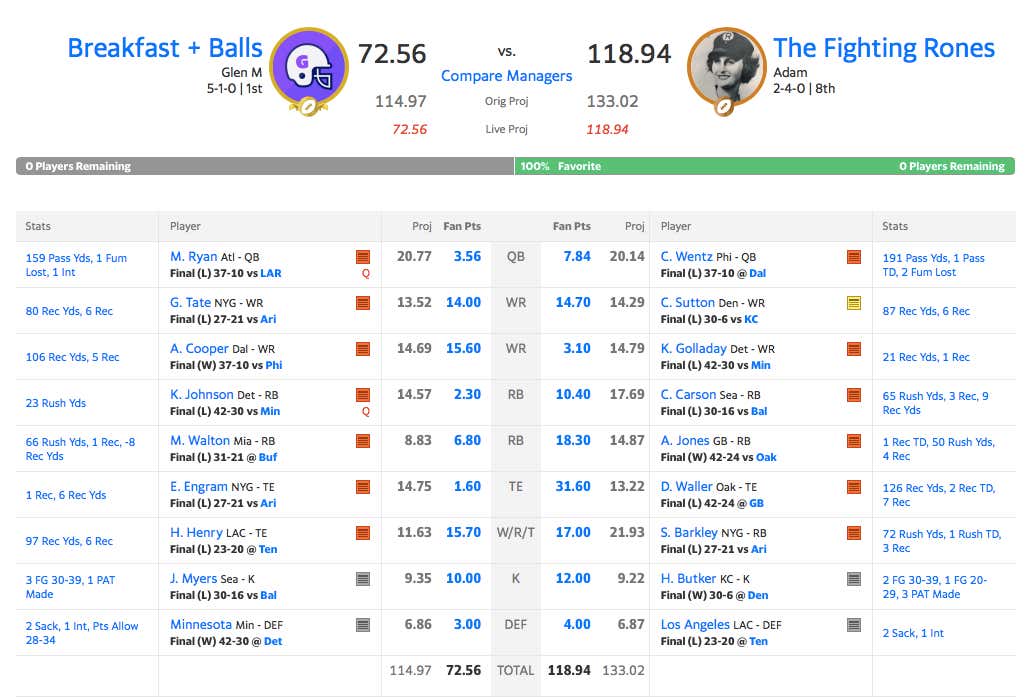 The name brand of Breakfast Plus Balls getting blown out by nearly 40 points could be considered a shocker, but Glen and the gang had Christian McCaffrey and Chris Godwin on a bye in addition to getting three of the most disappointing performances from across the league in Matt Ryan, Kerryon Johnson and Evan Engram. But even with an off day from Carson Wentz, Rone had more than enough help from Darren Waller and Aaron Jones to secure his third win and get back to the middle of the pack. 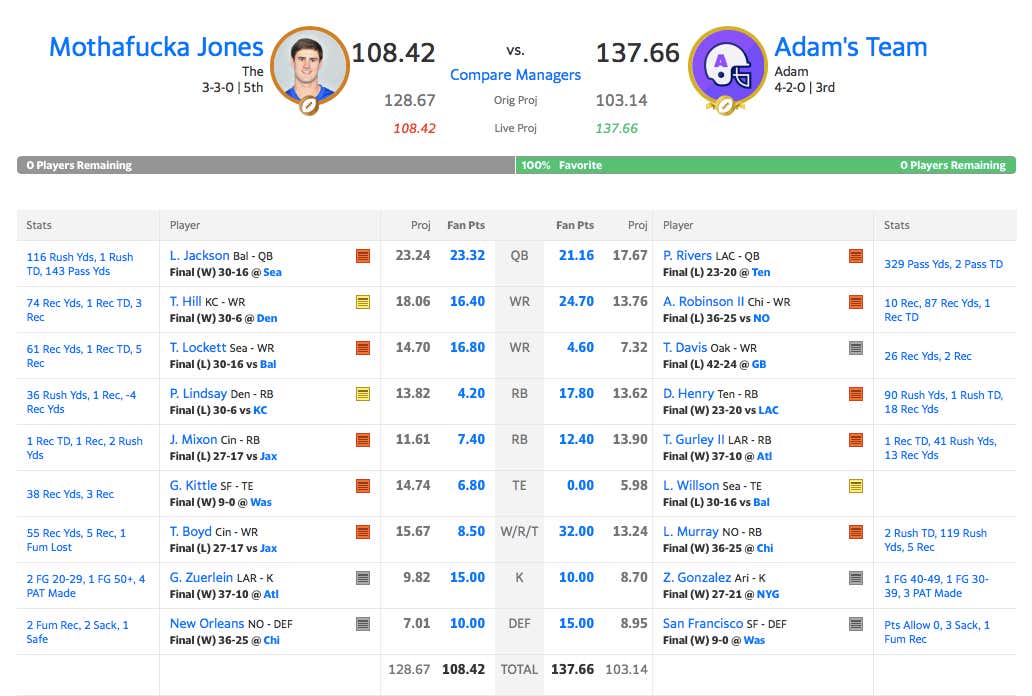 For the second consecutive week, a team has won its matchup convincingly while receiving 0 points from one position. This week it was Smitty, who despite getting a goose egg from Luke Willson, had more than enough firepower from Latavius Murray and Allen Robinson to push himself over the top. Clem had another solid performance, just not enough to get it done in this one. 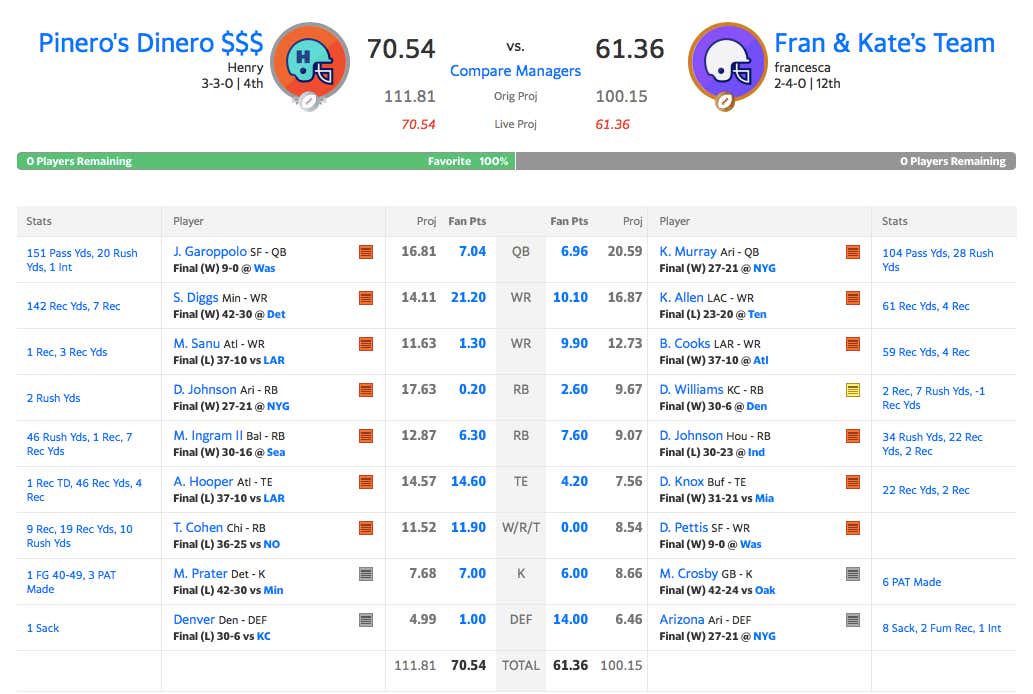 This one was a bit of a rock fight, but Hank got just enough contribution from Stefon Diggs and Austin Hooper to squeak out the win. Kyler Murray and Dante Pettis did the Frate Train no favors as they stay at the bottom of the standings. 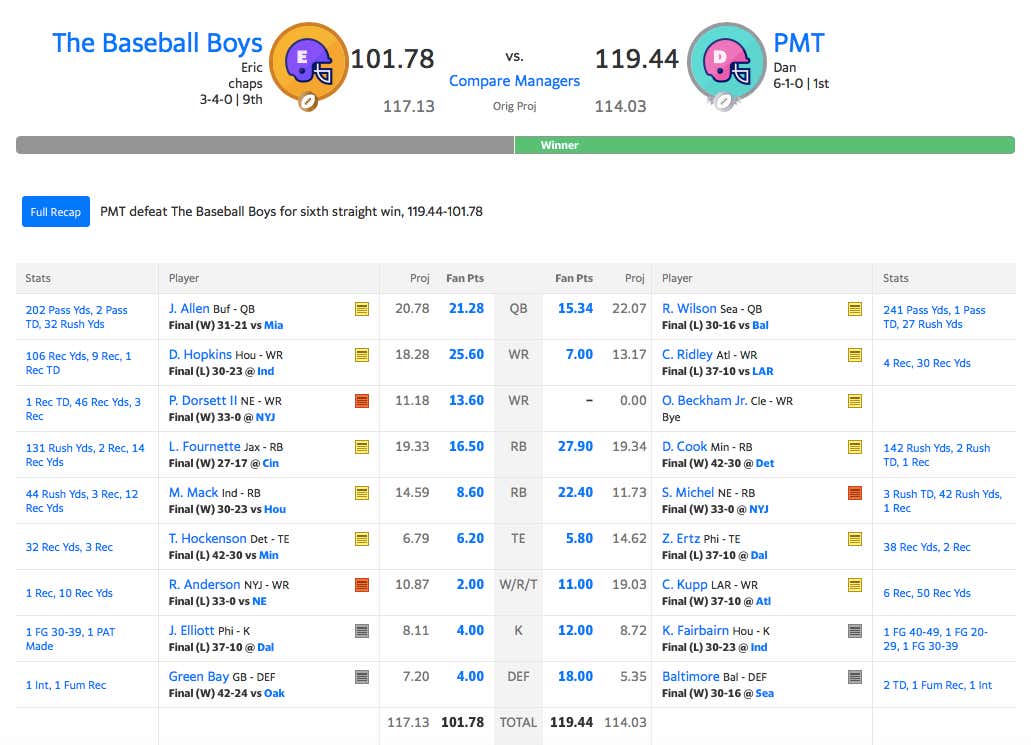 The first thing you notice when looking at PMT’s lineup is that Odell Beckham was left in despite his team being on a bye, and yet PMT still rolled to its sixth consecutive win — and sole possession of first place — thanks to Sony Michel’s three touchdowns on Monday night. Hubbs and Chaps got great production from the top half of their lineup, but the bottom half faltered and resulted in the loss to drop below .500. 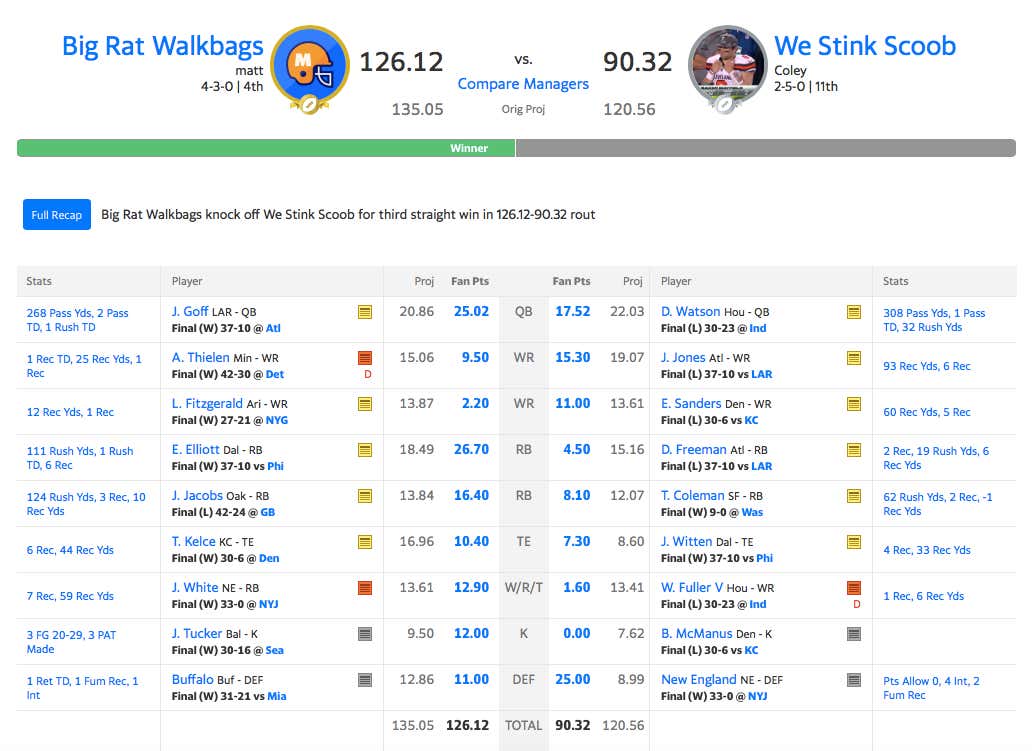 Coley’s team name seems pretty apt about now, as his loss this week drops him into a three-way tie for last place. Jared Goff gave Marty Mush and the Walkbags a nice boost to a week where they got double-digit production from all but two players. If Goff can return to his 2018 form, the Big Rat Walkbags might be here to make some noise in the playoffs. 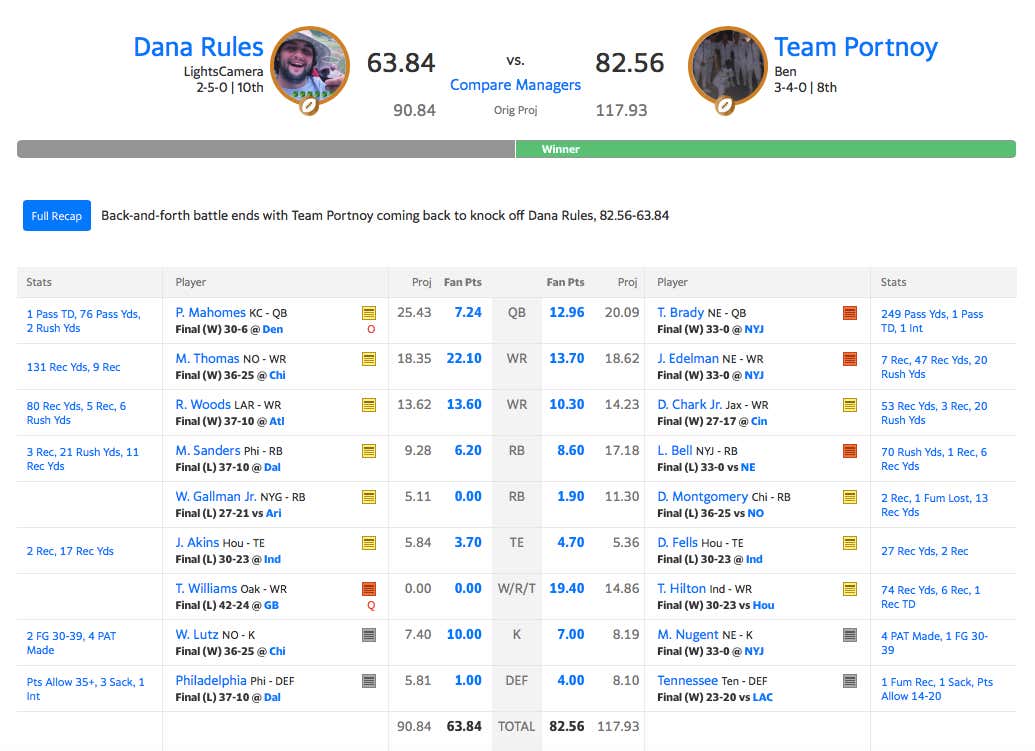 Getting a total of 3.70 points from your RB2, TE and FLEX spots is generally not going to produce a win, as Jeff and KenJac found out this week. Team portnoy got more than enough from the Brady-Edelman connection Monday night to breeze past LCB for a win to get them back to the middle of the pack and jockeying for playoff position. 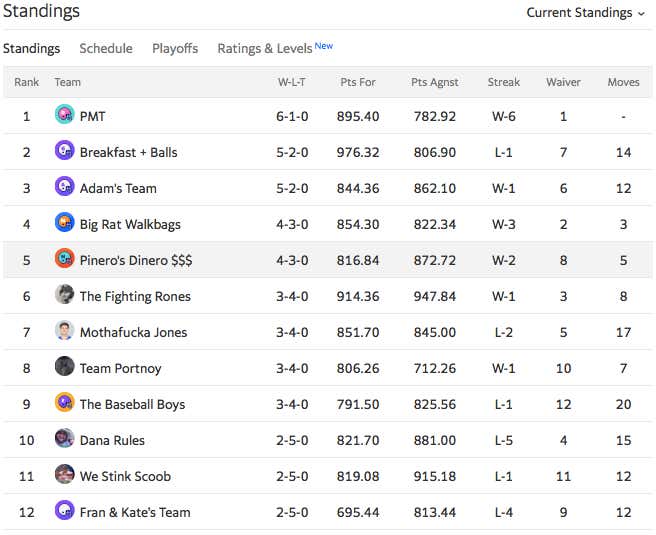