Now on to the previewing and prognosticating… 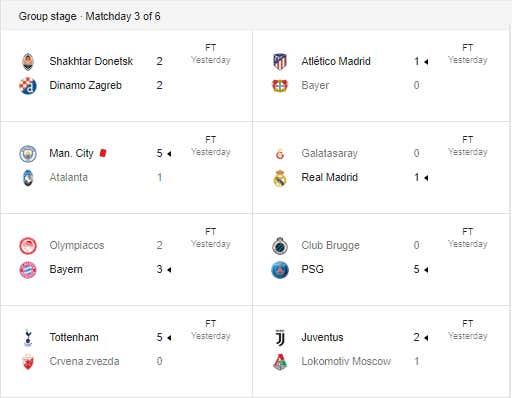 Pretty much everything went exactly to plan, so you know what that means for today… but before we get to the games here is how the group tables as things stand right now:

Rule of thumb: if your club is on zero or even one point after this third round of games they are basically fooked so plan/cheer accordingly… a fate that a number of favorites to advance are staring down the barrel of at the moment (looking squarely at you Inter Milan)

And the games on the docket today to round out matchday 3: 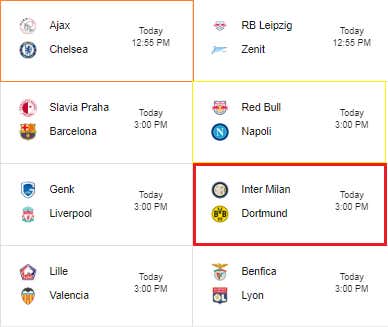 The Nerazzurri have looked damn good in Serie A but just haven’t quite put it together yet in Champions League. Can’t really blame them for losing at Barcelona last time out but the first matchday draw against Slavia Prague was a terrible result that has put the team behind the eight-ball desperately needing a win today at home against Dortmund – the club they are expected to be battling for the second slot out of the group and into the knockouts.

I have been high on Inter coming into the season, and if we are being honest there is an argument to be made that crashing out of the Champions League wouldn’t be the worst thing in the world since it would give them a better shot at wrestling the Scudetto away from Juventus for the first time in eons. (Ownership wanting as much of that good good UCL money would obviously argue otherwise.)

Inter have an advantage going forward but Dortmund has looked better on defense so far, including holding Barcelona to a scoreless draw last time out. Pretty evenly matched teams but one is at home and more desperate. Gimme Inter to win 2-1. 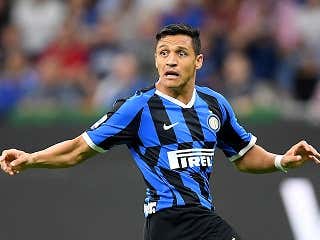 Gone and not not forgotten

Both clubs have looked good lately, with Ajax undefeated on the season and Chelsea in a much better position than some people (*cough* *cough*) thought they would be at this point. Credit to the Blues for overcoming their youth and inexperience, and defensive shortcomings – Fikayo Tomori has been a bit of a revelation at the back – but they are carrying a TON of injuries in midfield (notably N’Golo Kante who changes the team) so I think playing on the road against an incredibly balanced Dutch side will be a little too much. Ajax to win 2-1.

Sneaky great game, this. Salzburg are tons of fun and Napoli are precisely what you would expect from a Carlo Ancelotti-led squad: shrewd, tactful and rarely wasteful. Both clubs proved they belong by beating (Napoli) and hanging with peak powers Liverpool (Salzburg) in recent matches. I’ve seen a lot of predictions calling for goals galore in this game, which makes sense from the Salzburg side as they have no qualms with trying to outscore whoever is in front of them. The game at Anfield ended 3-4, after all. Don’t be surprised if Ancelotti tries to slow things down though. I’ll go with a 2-2 draw (which is a pretty low scoring game by Salzburg’s standards).

• Slavia Prague 1-3 Barcelona – What team has Messi? Okay, them.

• RB Leipzig 2-0 Zenit – HUGE game for Leipzig who have – kinda like Inter – been dropping dimes domestically but deuces in Champions League. I know, I know, predicting Zenit to get shutout is something only a dummy would do, but here we are.

• Genk 0-3 Liverpool – Reds bouta bounce back from the egg they laid against United.

• Lille 1-1 Valencia – Open game would be bad news for the Frenchies. Thankfully they are at home where they will hope to grind it out.

• Benfica 2-1 Lyon – Rule #1: when in doubt go with the Portuguese in Champions League. 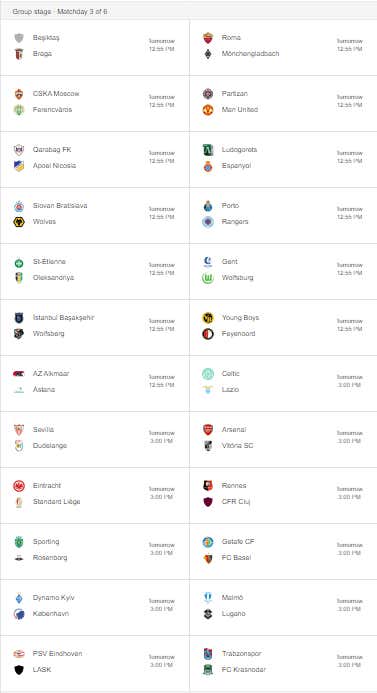