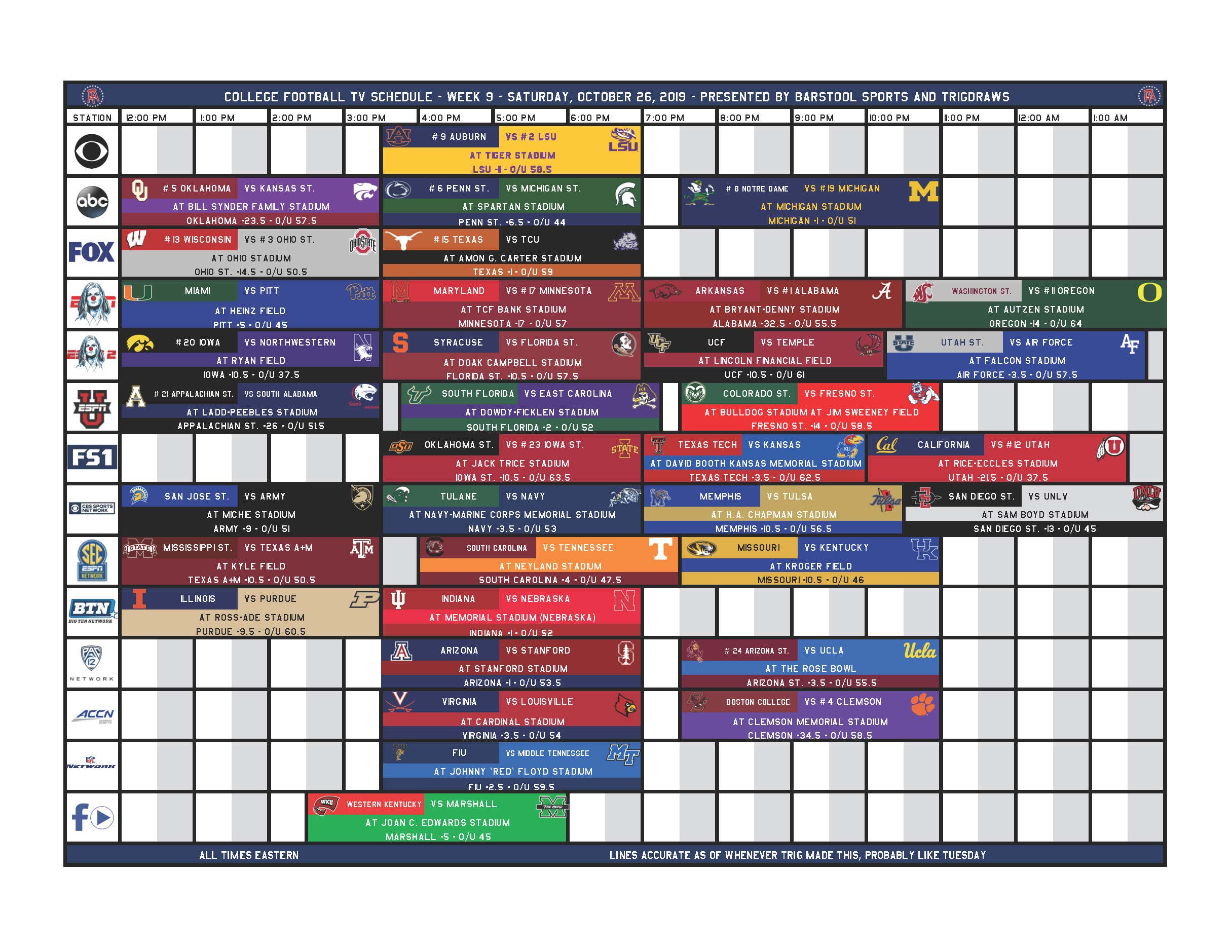 PointsBet also has Barstool’s First Touchdown promo for college football: Place a moneyline bet on select NCAA games, and if your team scores the first touchdown of the game, you win, even if your team goes on to lose! Two weekends ago, LSU bettors were paid out just five minutes and five seconds into their game against Florida.

You can also get boosted odds thanks to Barstool personalities. Mine is Penn State +6.5. 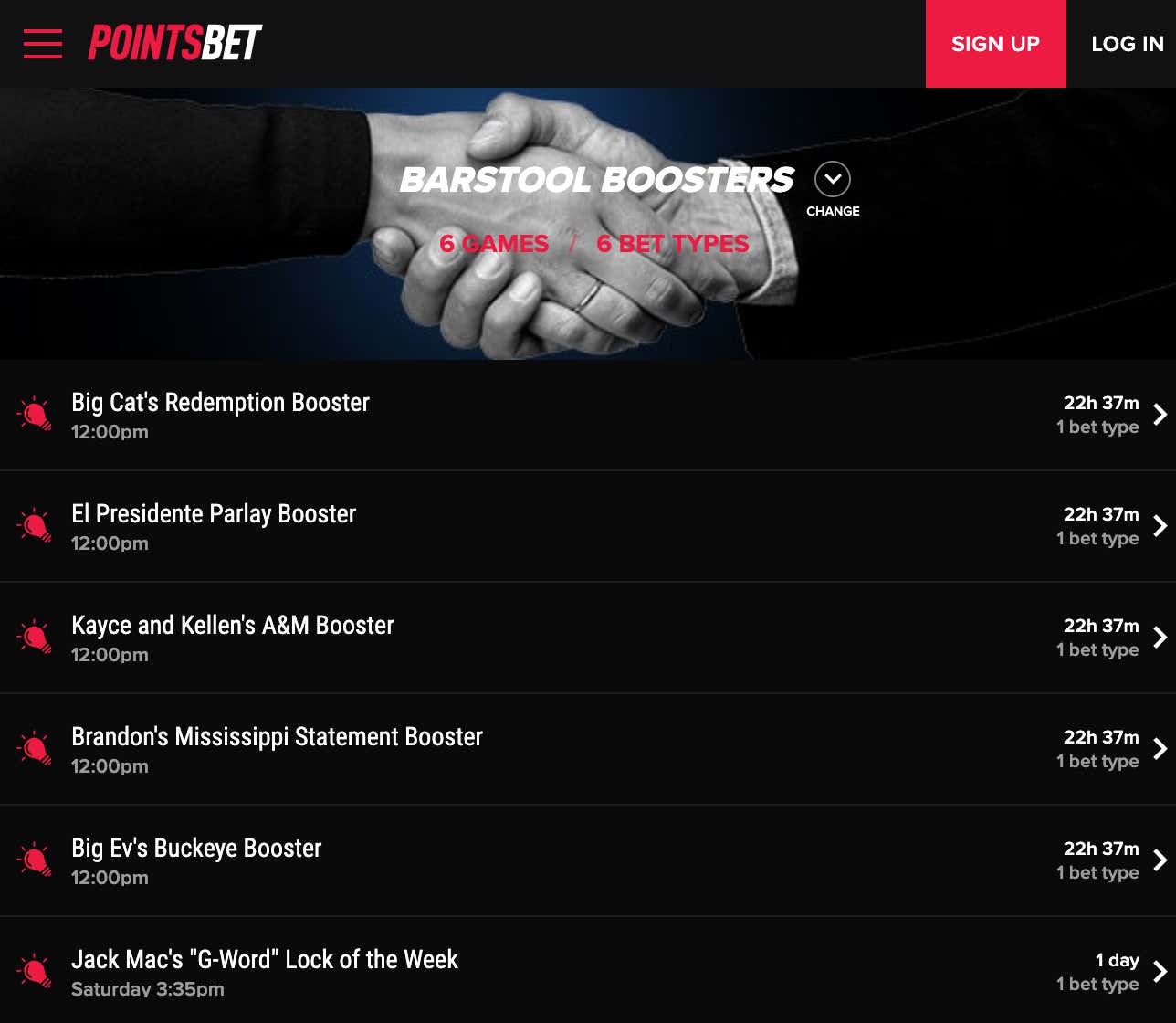 Here is a link to all those boosts.

Betting Process: For weeks 1-4, I create my own lines using my preseason projections which are a combination of 2018 results, 2019 returning production, recruiting rankings, and coaching staff rankings (HC, OC, and DC). I then compare them to the vegas lines and anything that is off by 5+ points, I bet. It’s a new approach, that I’ve found success in while backtesting in the offseason. We are in week 8 now, so I am starting to incorporate data from the 2019 season. I still have preseason projections within my projections, but the numbers I have are mainly based on 2019 data at this point. 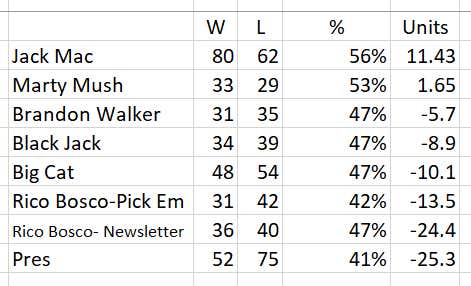 When we’ve discussed USC this year, we’ve talked Urban Meyer. Only a matter of time before Urban is running LA, right?

Urban to USC very well may still happen, but Clay Helton has done a very good job this year with this Trojans team. They currently rank 25th in FEI and 23rd in SP+.

All that being said, I’ll be on Colorado tonight. The Buffs have had a tough season, but this is a classic gambling situation where we buy low on the disappointing Pac 12 team on a short week at home with a nationally televised game. Reminds me of the game last night, where we cashed Houston +13.

Laviska Shenault is finally healthy. USC is 0-3 on the road this year. Steven Montez is a 9-year senior at QB. Give me the Buffs.

EDIT: This was wrong.

I love Michigan State in this spot. Penn State is coming off their white-out and due for a letdown. Sparty has struggled this season, but they still rank 27th in FEI and 28th in SP+.

We saw from 2nd quarter on against Michigan that Penn State struggled on offense. Now, they have to face one of the best defenses in the country in a big letdown spot. Give. Me. SPARTY.

You can get this game thanks to Points Bet at +6.5 (instead of +5.5) and at reduced juice! Just head on over to Points Bet now and get a little bit of closing line value.

This goes against everything in my gambling DNA, but the numbers say Illinois is the play here. Sure, they are due for a big let down spot after their upset win against Wisconsin, but Illinois has been showing all season that they are slowly turning their program around (close games against Michigan, Nebraska).

Purdue should not be laying over a touchdown against anybody in the Big Ten at the moment outside of Rutgers.

Maybe my system will continue to be off on Oklahoma, but I still feel confident in this bet against the Sooners. They are 1-2 against the spread on the road this year. This is a tough spot for Oklahoma, noon on the road against a 4-2 Kansas State team. Reminds me of the Oklahoma – Kansas game earlier in the season. Kansas State still ranks 33rd in FEI and 38th in SP+. I see them catching Oklahoma in a sleepy situation.

The grass is going to be long. You’d fall asleep faster watching this game than taking an Ambien. All that being said, I’m taking Northwestern.

Western Kentucky’s football program hit a low when they lost their opening game to Central Arkansas. Since then? They’ve been awesome. 4 straight wins and covers. They rank 40th in FEI!

This is a big rivalry game for them and expect Big Red to show out against Marshall. I expected this game to be around a pick-em, but we are getting 5 points.

South Alabama has quietly been putting up a fight these past few weeks. They covered against UL-Monroe and Georgia Southern. If it wasn’t for an awful pick 6 last week against Troy, they would’ve covered there too.

App State has a big game on Thursday against Georgia Southern, which will most likely determine who comes out of their division in the Sun Belt.

South Alabama will keep this one close and continue to be one of the best defeated teams in the country, which is a weird thing to say, but it is true.

I mentioned South Alabama being the best defeated team in the country, but Rice may beat them out for that honor. Although they lost last week to UTSA, this Rice team has deserved a win or two this season. They’ve been catching sleepy teams at home this entire season, undefeated ATS in Houston. Louisiana Tech, the same team that Southern Miss lost to last week, only beat Rice by 3 points at home a few weeks ago. Rice keeps this one close and may even pull an unlikely upset.

What Jim McElwain has done at Central Michigan has been nothing short of amazing. He came into a program with a 1-11 team and turned them into a MAC contender. They went into Bowling Green last week and pushed them around like a JV football team. This week, they have Buffalo on the road and are getting points. Give me the Chippewas!