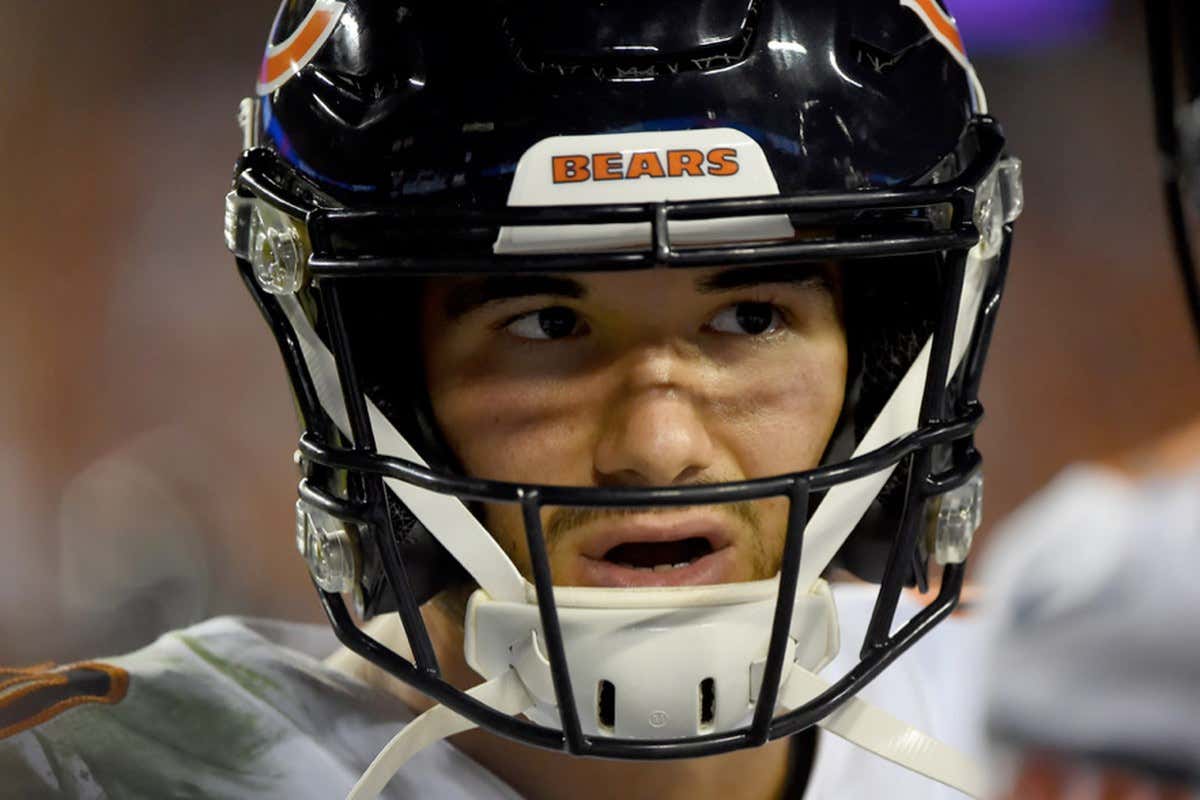 With 26 teams to choose from today, the NFL managed to pick the perfect combination of match-ups to create the least interesting slate of games I’ve ever seen.  It’s ok though, we get the Dolphins and Steelers tomorrow night.   That’ll bring us back.

If you had a bad week last week (me), this is NOT the week to try to win it all back.  You don’t wanna be the guy shedding tears over Ryan Tannehill, Matt Schaub, or Matt Moore.  Maybe take some time away from football today to call your mom and tell her you love her, or do some blow.  Let’s chip away with a quick win today, then hit it harder with more appetizing opportunities in the next few weeks.

The Chargers and Bears rank among the worst rushing offenses in the league, so I can see why bettors would look to go Over this low total in anticipation of a pass-heavy game flow.   Over the past 3 weeks, these two teams are dead last in rushing yards per game (Bears 44 yards/game; Chargers 35 yards/game).  I’m going oppo here and grabbing the Under because both sides have reason to get the ground game going.

If you want to understand why the Bears are struggling this year, look no further than the offense passing on over 65% of plays with a QB who takes a sack on this play: 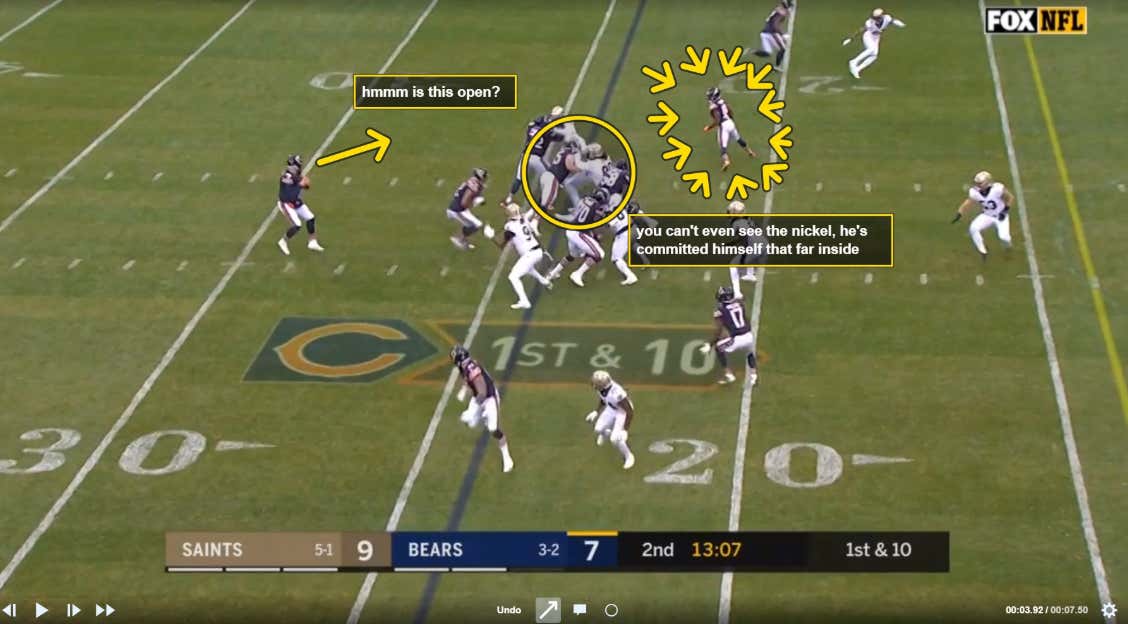 Every participant in White Sox Dave’s Punt, Pass and Kick Competition would drop this in for at least a 5-yard completion to either side.  But nope, we get an 8-yard loss from a professional quarterback.

Nagy came out of the bye last week looking to “unleash” Trubisky.  Running was not a consideration – Tarik Cohen led the team with three carries.  Whether it’s confidence in his QB or confidence in himself to overcome his QB’s flaws, Nagy put sole ownership of the game in Trubisky’s hands, and the results were catastrophic.  With Mitch looking clueless on the many favorable scenarios that Nagy and Helfrich drew up, the disappointment cannot be expressed: “You’re 33rd in yards per pass attempt…”

Nagy will be too shell-shocked to employ a similar game plan this week.  He’s going to dial things back and first try to test the Chargers mediocre run defense in hopes of keeping the pass rush off Trubisky (Melvin Ingram likely returning) and setting up play-action later in the game.  If it succeeds, the clock runs.  If it fails (more likely), the clock runs AND we see some punts.

As for the Chargers, they have a tough choice of whether to attack the Bears Top-10 pass D or Top-10 run D.   But with the Bears run D trending down since the loss of Akiem Hicks, and Keenan Allen working through a hamstring injury, the choice is more obvious.  Behind an O-line that can’t give Phillip Rivers time, the Chargers will try their luck with Melvin Gordon’s fresh legs.  They know that Trubisky won’t come out slinging, so they can afford to start slow and not take any unnecessary risks in getting a feel for this one early.   Lastly, you’ll love sitting on an Under ticket with the Chargers’ excruciatingly slow pace of play – Rivers fixes a lunch for one of his kids in between each snap.

And let’s chill on the panic button for the Bears D.  We knew they would regress this year: they lost Vic Fangio in the offseason, and they’ve faced a much tougher slate of opposing offenses this year vs. last year.   They’ve gone from elite to good, not elite to trash.  If they struggle against this ailing Chargers O-line (slightly stronger with LT Okung returning in limited role), I’ll hop in the panic room with you.

This game will bore me into a whiskey-induced blackout by halftime, so we might as well get a few dollars in the 1st Half while my neurons are still firing.