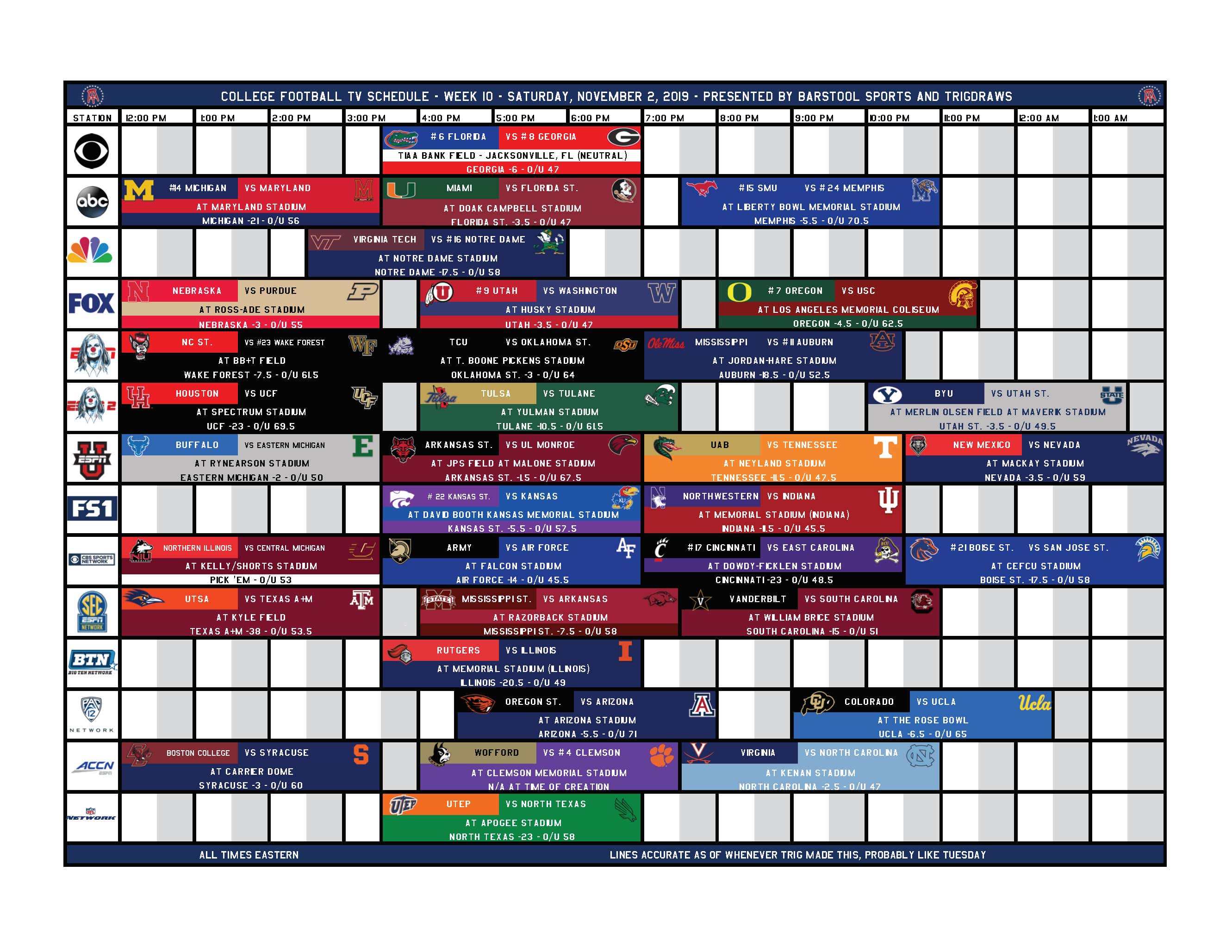 PointsBet also has Barstool’s First Touchdown promo for college football: Place a moneyline bet on select NCAA games, and if your team scores the first touchdown of the game, you win, even if your team goes on to lose! Two weekends ago, LSU bettors were paid out just five minutes and five seconds into their game against Florida.

Betting Process: For weeks 1-4, I create my own lines using my preseason projections which are a combination of 2018 results, 2019 returning production, recruiting rankings, and coaching staff rankings (HC, OC, and DC). I then compare them to the vegas lines and anything that is off by 5+ points, I bet. It’s a new approach, that I’ve found success in while backtesting in the offseason. We are in week 10 now, so I am starting to incorporate data from the 2019 season. I still have preseason projections within my projections, but the numbers I have are mainly based on 2019 data at this point. 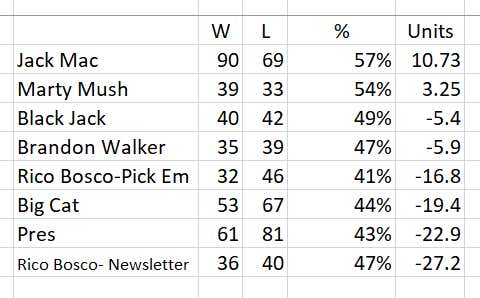 I'm a Utah guy. I think they are the best team in the PAC-12. However, this is a tough spot for the Utes.

The Utes greatest strength is their defense. It's been on absolute FIRE these past few weeks, allowing just 10 combined points over the past 3 weeks. The Huskies offense isn't even close to Cal, ASU's, or the Oregon States of the world. They rank 22nd in FEI offense and 7th in SP+ offense. This will be a big test for Utah.

Houston continues to be underrated in the betting market.

We saw it last week, as 13-point home dogs against SMU. They covered that one as they only lost by 3 points to the Mustangs.

The Cougars rank 59th in FEI and 66th in SP+. They are by no means an elite team, but they certainly can compete with the top tier teams in the AAC. I'll take the three touchdowns here, especially with UCF having a short week coming up (Friday @ Tulsa for the Knights next week).

And it's going to kill my soul.

This Vanderbilt team turned a corner against Missouri two weeks ago. They come into this game off a bye week against a South Carolina team that everyone is still overvaluing due to their win against Georgia.

Let's look at what South Carolina has done since that Georgia victory:

Didn't cover the spread by a combined 32 points.

This team is overvalued.

You may point to Vanderbilt going through some turmoil thanks to the rumors surrounding Jeff Fisher coming in after this season. I don't think that hurts them at all, instead it will inspire them. I think these guys love playing for Derrick Mason:

Cincinnati hasn't won a game by more than 20 points since starting conference play. Now, they are expected to go on the road and hang 24+ more points than ECU? I know ECU has been disappointing all season, but no better time for the Pirates to get on track on Halloweekend BABY.

This ECU team still has their bowl game hopes alive. Do I think they can beat Cincinnati? No, but if they can somehow steal this game, all they would have to do to go bowling would require beating UConn and Tulsa at home. Completely possible.

I may die betting against Buffalo, but it's what my numbers continue to suggest.

This Buffalo team has been a pleasant surprise, but they've struggled on the road all year with losses to Miami-OH, Liberty, and Penn State. Eastern Michigan is better than those teams, outside of Penn State obviously.

Give me the Eagles on the grey turf on Saturday afternoon.

Texas A&M is wearing….class ring shoes for this game:

I mean look at these things: 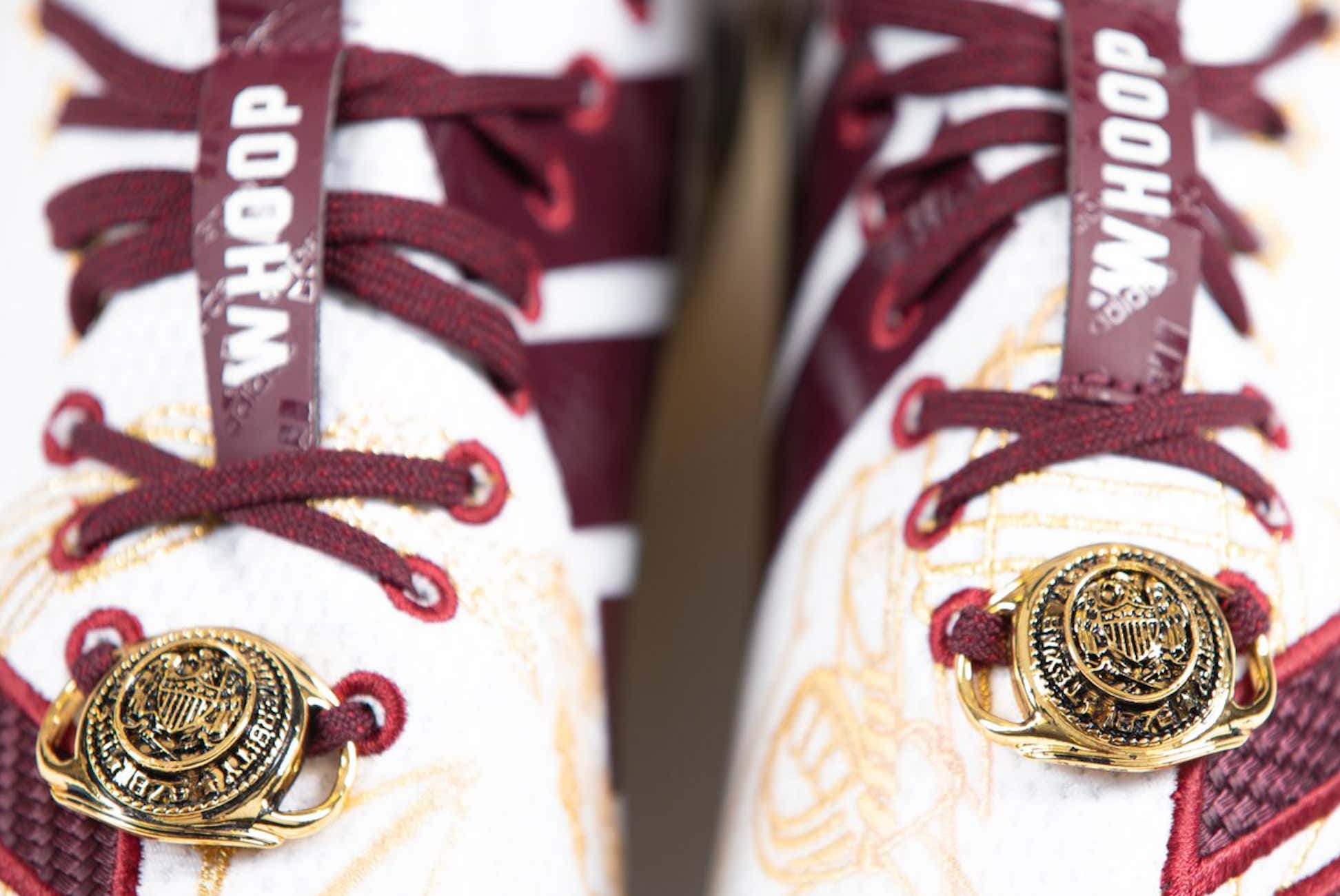 This is enough reason to fade A&M.

Outside of their win @ Tennessee, BYU has losses to South Florida and Toledo on the road this year.

Utah State and Jordan Love should be getting more points than just 3 in this game.

Texas State has been disappointing. A very popular team total over pick in the preseason, the Bobcats sit 2-5 heading into this TILT against the Ragin Cajuns. They could easily be 4-3, as two of their losses have been within 10 points. This is still a decent Sun Belt team. 22.5 points will be too many for UL-Lafayette to cover. Plus, the Cajuns have a Thursday game next week. Love the spot.