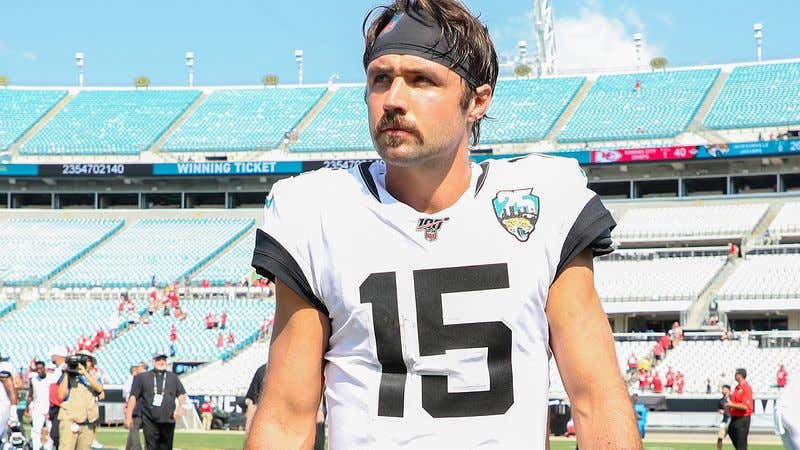 Dope Ropes Career Record 150-120 (56%)Follow @DopeRopesChi on Twitter I’m fresh off a winning week and ready to make some more money while watching football for 14 hours. Life could be worse. Here we go!

Across the Pond Teaser Alert!!!

Minshew mania reached its peak in Week 5, but a couple underwhelming performances in Weeks 6-7 brought his stock back down to earth.  While people are questioning his hot start and jumping off of that mustache ride, I’m seeing some room to rest my labia on that flavor saver. Minshew’s success is not a fluke.  He’s an extremely smart player who reads the field well and shows great decision-making on his throws.  He’ll be able to attack the weak Houston secondary through the air, but not before the Jags test the Texans run D that is now weakened without J.J. Watt.

If Fournette gets rolling, it’s a wrap for the Texans.  But what I like here is that even if the Texans run D holds up, the Jags can still easily move the ball.  Houston cannot defend pass-catching RBs out of the backfield, and Fournette has shown a surprising ability in that role this year (35 catches for 263 yards).

Whether over the top or underneath, Minshew will carve it up. Turning to the defensive side of the ball, the public is too caught-up in this Jags D not being what it used to be and thinking that it will fall off a cliff without Jalen Ramsey. The truth is that Ramsey hasn’t played for them since Week 3, and they’ve consistently remained a Top-10 pass D.

Combine that with a Top-10 pass rush, and the Jags have the recipe to neutralize Deshaun Watson.  This is probably why Watson has struggled so much against this division foe historically. ...or maybe that reason is Bill O’Brien.  He really doesn’t tailor his game plans differently from week-to-week, so his divisional opponents have the familiarity to anticipate the same shit every time. He has created a rigid culture of “we do what we do,” and it is crippling a team with so much dynamic talent.

Given that O’Brien hasn’t shown a tremendous ability to adjust, I’m really curious to see how he prepares his team in their first international appearance.   Meanwhile, the Jags have been making this trip annually for years – they'll feel right at home. I want to take advantage of the public blindly betting on Houston’s talent without considering these other factors.  Give me this underrated Jags D and Gardner Minshew’s A+ womb broom.

What a fucking RAT line.

I honestly was expecting Green Bay to be favored by 7, and I still would have expected bettors to flock to the Packers.  I’m not even gonna try to make sense of this line because it is beyond comprehension.  In a quick summary: the Packers are a public team with a near-perfect record and they’ve looked fantastic in recent weeks, while the Chargers are the least public team in the NFL and they’ve looked like shit for the majority of the season.  The LA crowd will be 80% Packers fans.  What the fuck is happening? This line opened at Green Bay -4, then we had a reverse line move to -3.5.  Everyone with a pulse is betting on the Packers here.  Why the fuck are sportsbooks not inflating this number?  Did the return of LT Russell Okung re-shape the Chargers struggling O-line?  Is the new OC Shane Steichen gonna revitalize this middling offense? Enough of the Socrates routine – I’m done asking questions.  With this being the second-most popularly bet game of the weekend (NE/BAL #1), this has the makings of a mid-season apocalypse for public bettors.  I, for one, will be on the opposite side.  I may be wrong, but I can’t believe that oddsmakers would take on this immense liability without knowing something that we don’t.  I hate saying this, but gimme the Chargers.

Do I hate betting on Jameis?  Yes, because he consistently does dumb shit (“fuck her right in the pussy!”, showing up in full pads for an FSU game while suspended, “ladies are supposed to be silent, polite, gentle,” stepping onto the field to poke Marshon Lattimore after Jameis was already sidelined due to injury, “eat a W,” alleged Uber driver groping, etc.) and it translates to his poor decision-making on the field (12 INTs and 8 fumbles this year).   Nobody knows how to blow a game like Jameis Winston.  He’s an expert at letting wins slip through his tiny hands.  Given my low opinion of Jameis, it tells you how much I LOVE this spot to take the Bucs here. Seattle sets up everything through establishing the run, and they absolutely will not be able to do that in this game.  The Tampa run D leads the league by allowing only 3.0 yards/rush.  Carson will go nowhere.  This will suck the life out of Seattle’s play-action, so the success of Seattle’s offense will depend entirely upon Russell Wilson throwing on obvious passing downs to his sub-par receiving options (SEA claiming Josh Gordon off waivers shows their desperation at WR).  Wilson sitting back and throwing against Tampa’s mediocre pass D may not sound like the worst thing, but the problem is that he won’t have any time to “sit back” – the Bucs pass rush is among the best in the NFL.  For a team that is stubborn in sticking to a particular style of play, the Seahawks could dig themselves into a hole early. How do you beat the Bucs?  You rush the passer and take away deep shots.  The Seahawks can do neither.  With Tedric Thompson at safety, this Seahawks secondary was already soffffft.  But now they’ve lost Thompson to the IR, and the safety they recently acquired to fortify their secondary (Quandre Diggs) is listed as Doubtful with a hamstring injury of which the Seahawks were not originally aware.  Jameis is gonna toss on the blindfold and chuck it up to Godwin/Evans all day, and this Seattle secondary will do nothing to stop it. Tampa will get to do what they do best while Seattle will have to play left-handed.  The Wilson comeback is never out of the question, but the 5-point insurance will protect against that. Best of luck today.  Let's keep it rollin'.