Another week of the Barstool Fantasy League is in the books and there were some very interesting results this week that affect the playoff race and last place, so let's take a look back at the week that was. 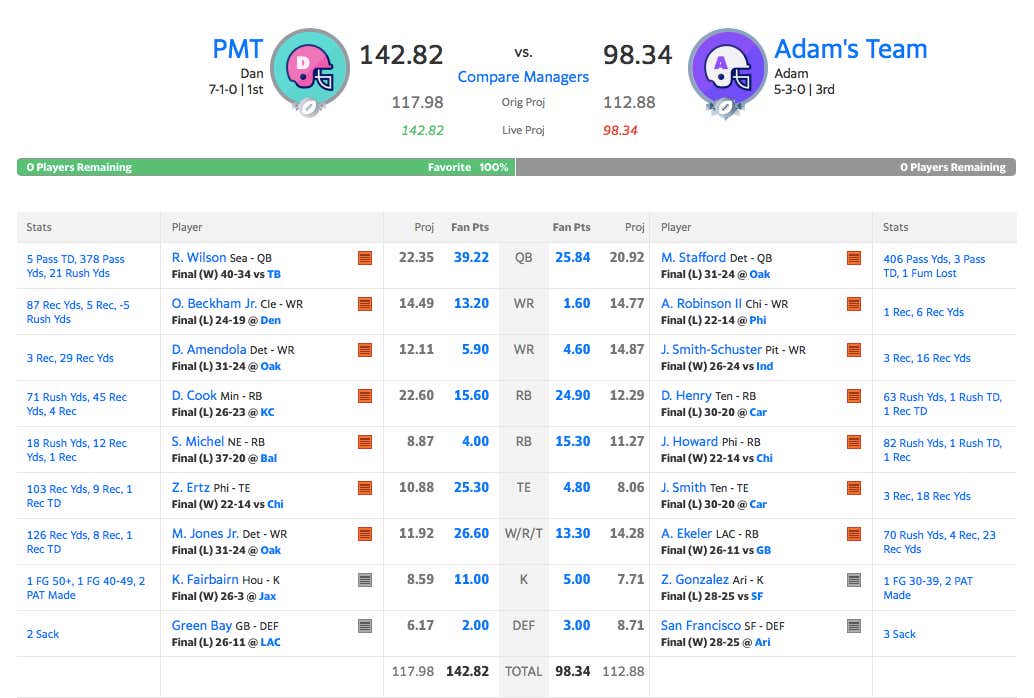 Folks, they did it again. Eight consecutive wins for Big Cat and PFT. Possible MVP Russell Wilson put up another great game and Zach Ertz finally re-emerged from the shadow of Dallas Goedert for a throwback performance. Smitty didn't have an awful day, but Allen Robinson and JuJu Smith-Schuster did him no favors in trying to outlast PMT in a shootout. 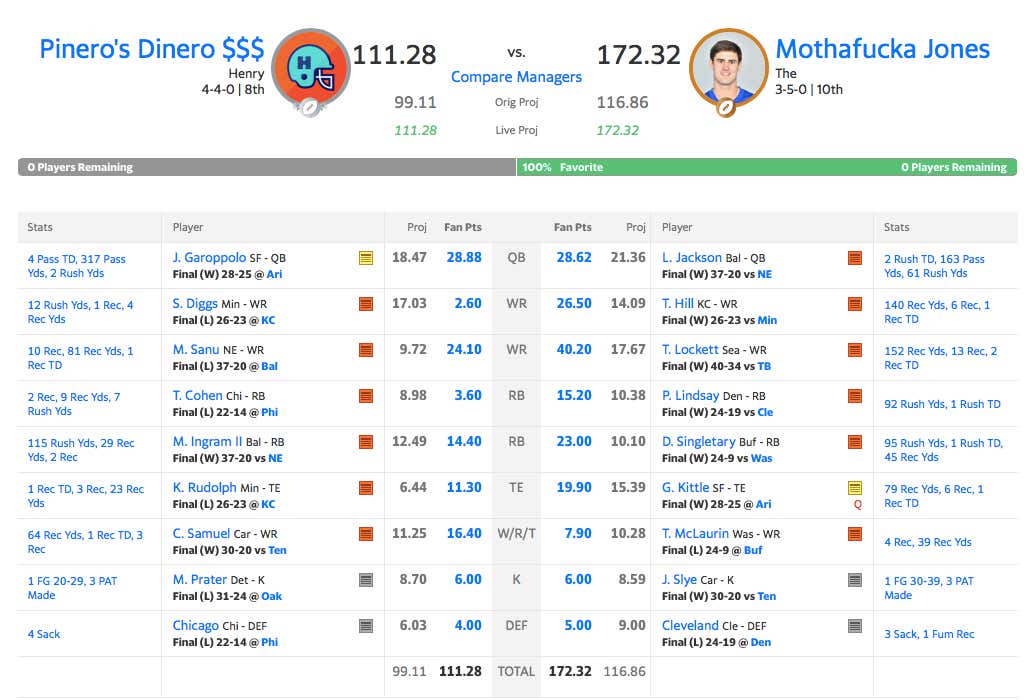 Uh oh, looks like Clem might be getting hot at the right time. Hank had a good week with 111 points and still got blown out thanks to fantastic performances from Lamar Jackson, Tyreek Hill and Tyler Lockett. Be on the lookout for Clem heading down the stretch. 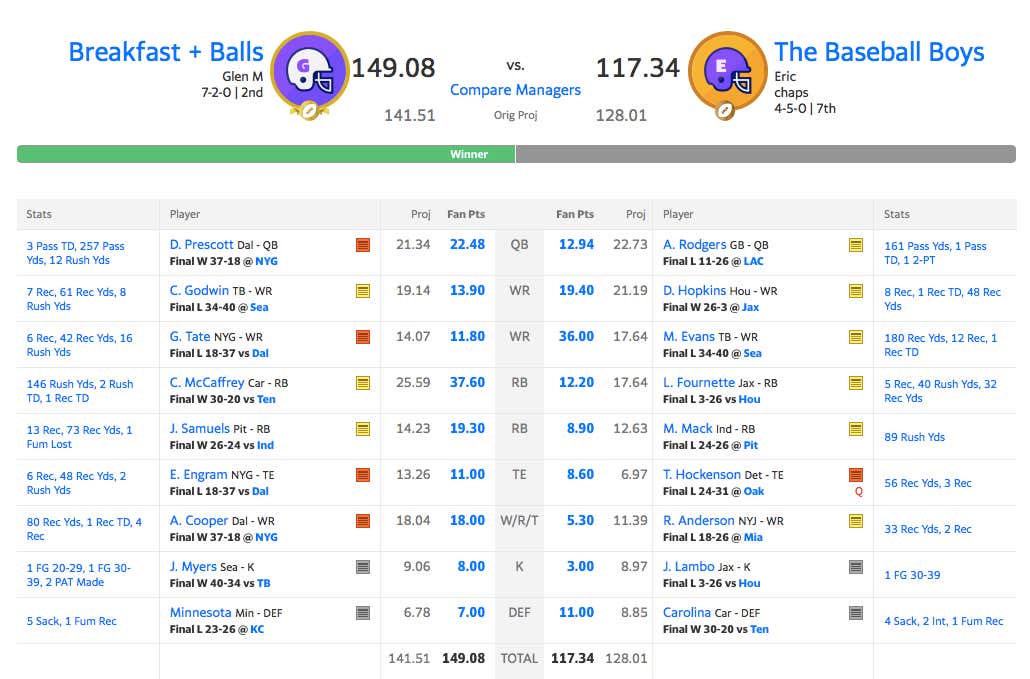 Another week, another impressive performance by Balls. Not much left to say with he and PMt at this point other than they keep winning. We have just one more week before the two powerhouses of the league square off in Week 11 in what's sure to be a barnburner.

And oh yeah, Glenny also has Lisa Ann giving him fantasy advice. What a world. 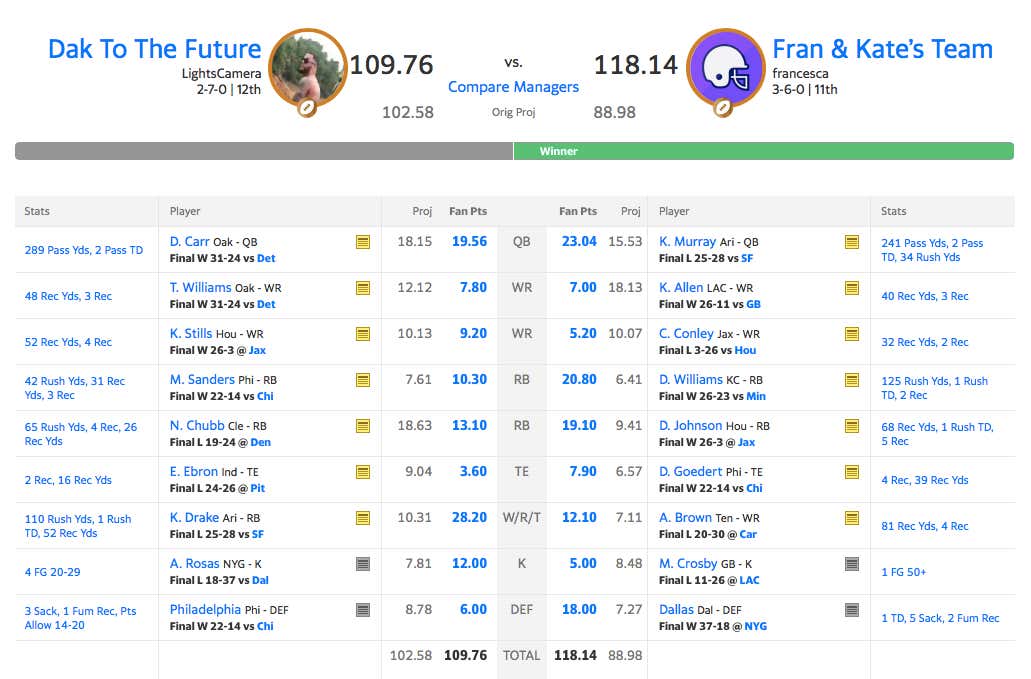 This game could end of having massive implications for last place at the end of the year, and it was Fran and Kate who came out with the big win over Jeff and KenJac. It was the performance of the Dallas defense on Monday night that pushed the Frate Train over the top this week to avoid being the lone team sitting at 2-7. 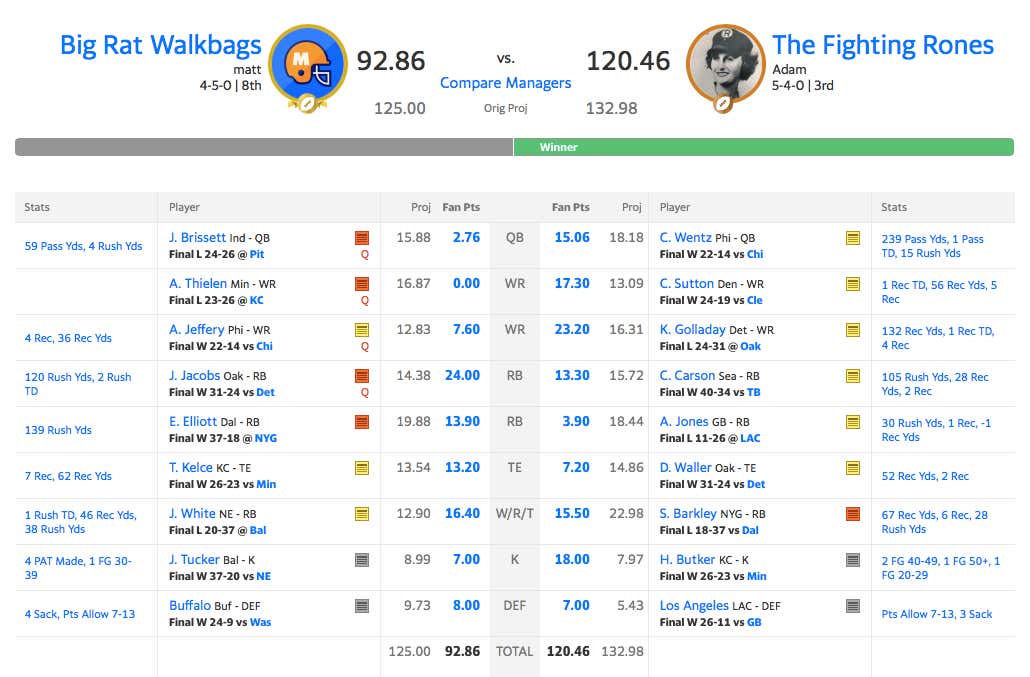 Don't look now, but Rone is in third place after a 2-4 start. Kenny Golladay's emergence and Saquon Barkley's return to form have certainly been a catalyst, but this week it was Harrison Butker's 18 points that made a huge difference in Rone's matchup. Kickers are fantasy players, too. 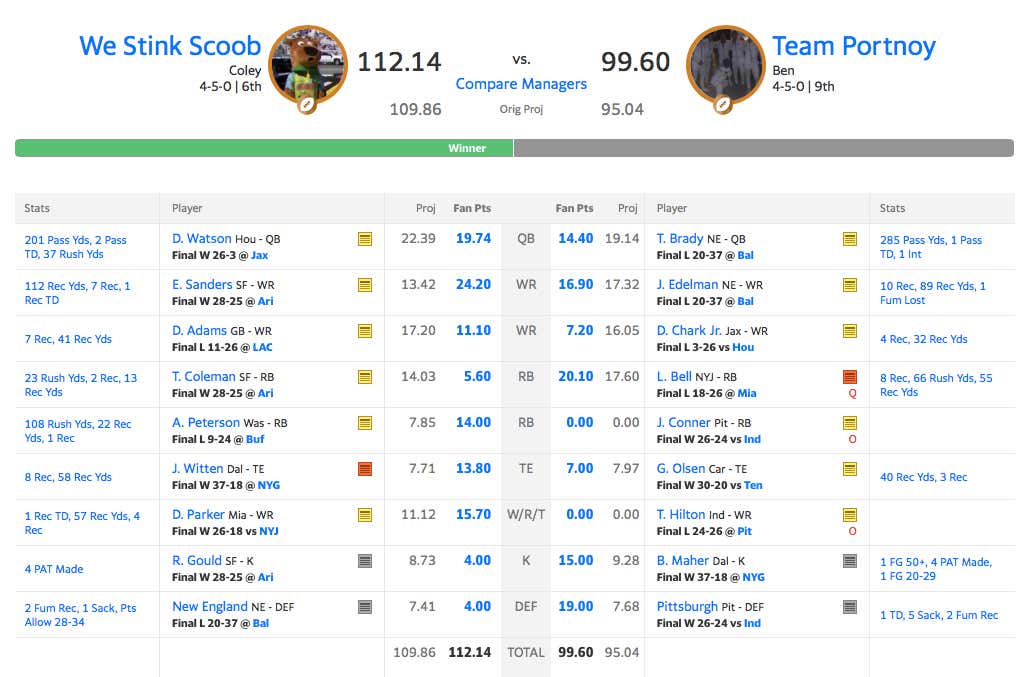 Coley's win over Team Portnoy this week made these teams two of the six currently sitting at 4-5 on the season. Emmanuel Sanders looks comfortable in San Francisco, putting up one of his best games of the season and Adrian Peterson had quite the throwback performance this week. Both of these teams have climbed out from the shadow of last place and now have a chance to make a run towards the playoffs.

Team of the Week: Clem

Suckbag of the Week: LCB 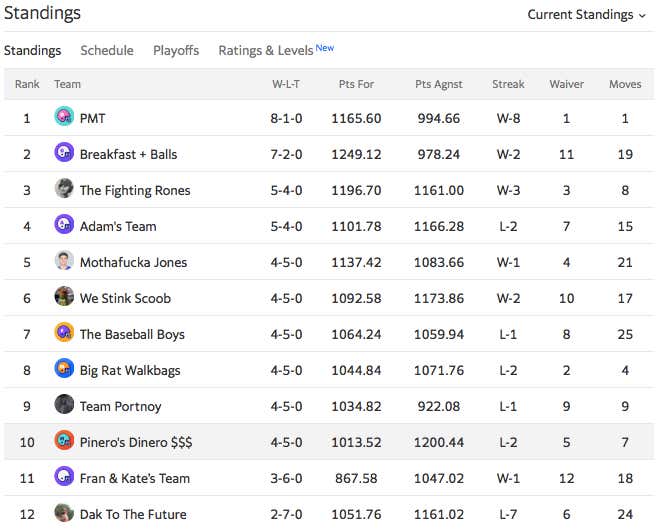