I feel like we hear this sort of thing all the time. There's a guy who says if x happens he'll go get a tattoo. Guy never lives up to it. Not this Virginia fan, my friends. He said if Virginia won the national title he'd get Kihei Clark's name tattooed right on his chest. Granted he did it on Halloween, just a few months after the title, the fact is he actually did it! 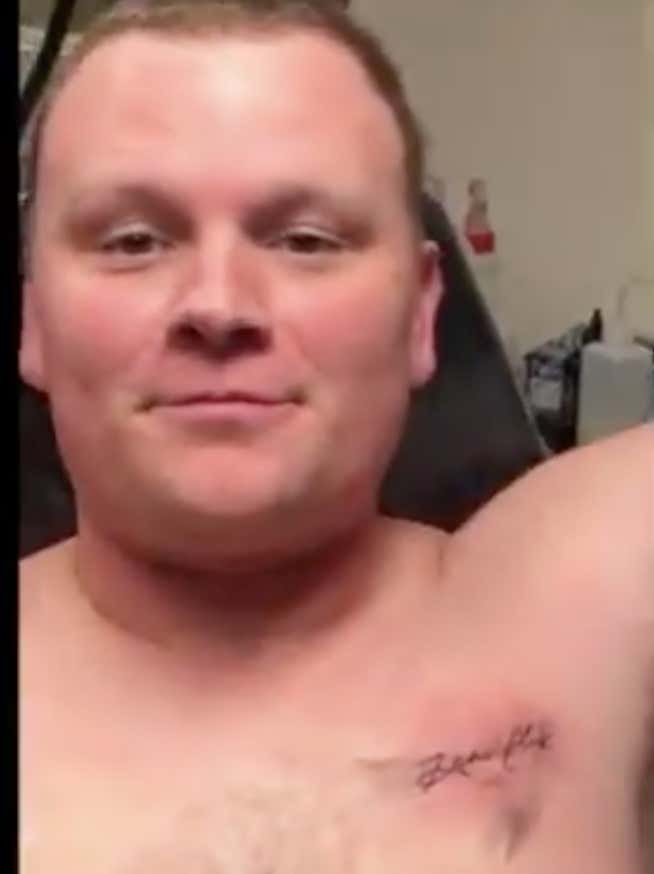 The best part though is he was someone who questioned how much Clark was playing - a heavy debate in the basketball world for sure. People didn't know what to make of Clark's game, but the best lineup for Virginia was playing three guards with Hunter at the 4 or what they did to close the national title with running Hunter and Key as its 'bigs.' This is his quote (h/t Streaking the Lawn)

“I stand by most of my assessments of him last year,” Waddell said via text after getting his lifelong tribute to the 5’9 guard. “I was a little wrong in his overall value, I’ll admit that, but he was an issue at times. [That’s] why he didn’t play 2nd half in some games down the stretch.”

What makes the tattoo even better? Clark was a MAJOR reason they even made it to the Final Four. Remember this play?

That's an unbelievable pass by Clark. Most guards in that situation panic and end up launching a 40-footer and Purdue wins. Then this guy doesn't get a tattoo.

Either way, credit the guy for being a man of his word. That's a hell of a tattoo to explain the rest of your life.