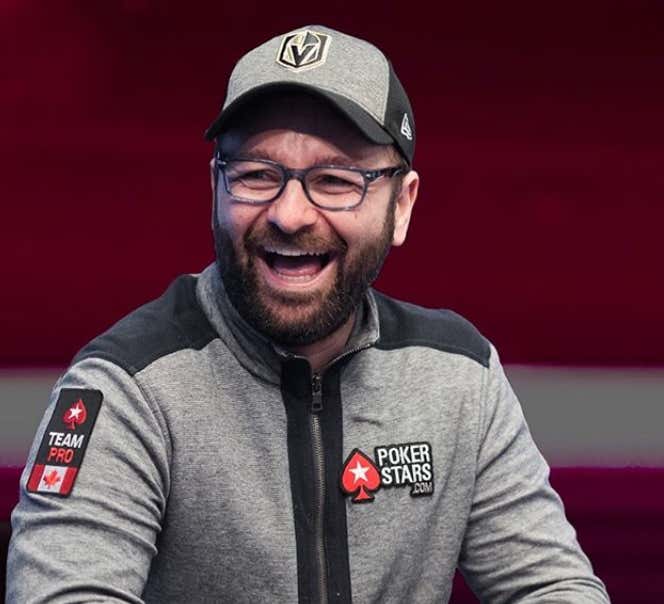 Pocket Fives - The poker world has spent the better part of the last five days celebrating Daniel Negreanu’s historic third World Series of Poker Player of the Year victory. It appears that those celebrations were a bit too hasty.

A data entry error means that Negreanu did not win the POY after all and Robert Campbell is, in fact, the 2019 WSOP Player of the Year.

The data entry error rewarded Negreanu, and 15 other players, with points from an event from the Las Vegas schedule that they did not actually cash in.

Russian poker journalist Alex Elenskiy noticed the error and pointed it out to the WSOP via Twitter on Friday. Based on Elenskiy’s research, it appears that Negreanu was credited with a 36th-place finish in Event #68 ($1,000 Online Championship Event) and was credited with 213.1 POY points.

Removing the 213.1 points from Negreanu’s total leaves him with 3,861.78 and places him in third place behind Campbell and Shaun Deeb.

Oh man. This should never, ever happen. Here we were throwing a parade for friend of the program Daniel Negreanu for winning his 3rd career WSOP POY. No other player has won more than 1, and Daniel grinded his tail off to win this year. Flew to god damn Siberia and took home the title.

And as you heard on this last week’s Cracking Aces, it came down to the wire. All the planets and moons and stars had to line up for him to get the win. It went down to the bottom of the 9th with 2 outs, where Shaun Deeb needed a 5th place finish in the final event, and he finished 11th. He was 3rd/11 and in his words “choked”.

But had he known the numbers were wrong….

Now a lotttt of money is completely up in the air. These guys all made sidebets on winning POY. And other people in the high takes community had lots of money on the line too. What happens now? Campbell technically won it. But Deeb has a strong, extremely strong case that had he known he only needed 9th place everything he did would have changed. He coulda gone to the spa, went to the buffet, filed his taxes, and folded his way to Player of the Year. But nobody bothered to check to make sure the fucking points were correct- which to be fair, nobody should have to. It’s a huge mistake to bungle something like this where the poker community operates in it’s own economy.  There was a ton of money in the balance and now people need to figure out if they want to count Deeb as the winner (which he 95% would have won had he known the real numbers) or give it to Campbell.

We were supposed to have DNegs on last week’s episode of CA but he had severe jetlag and couldn’t make it, so we’ll try to grab him for his week’s.

Also, huge news from us! The most common question we get is “how do I get better at poker?”. Well, ask no longer, because we are going to start helping….

This is going to be cool. It’s going to be a full hand history breakdown, every week. We’ll alternate tournament and cash. ICYMI, the co-host of the show is a pro poker player who is extremely good at poker, so you’ll be getting the best possible info. I can’t wait to start this.

Want to submit a HH? Play on BetMGM. It’s the best place to play online poker in New Jersey, bar none.