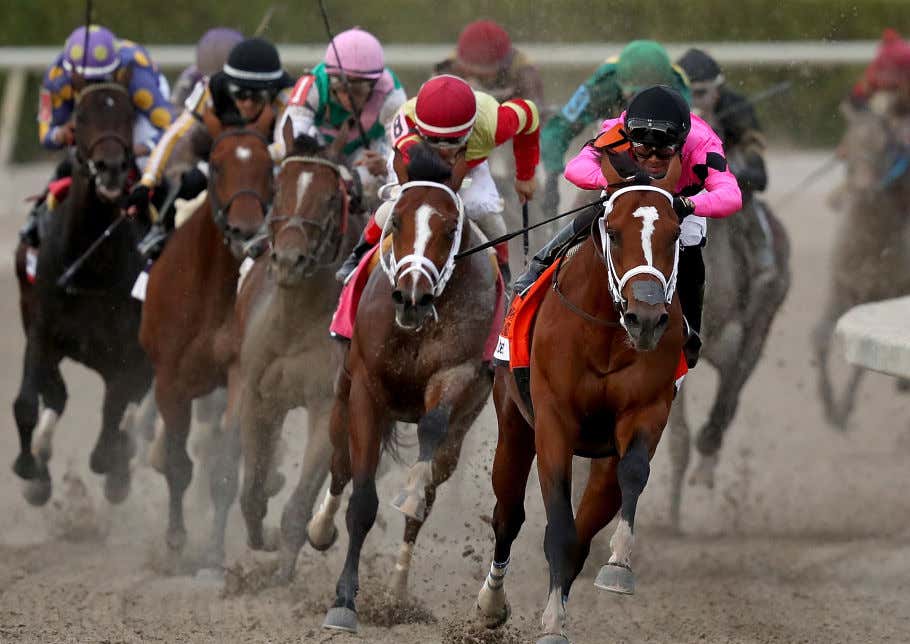 So over the last four days we’ve hit four Pick Four bets across Aqueduct, Del Mar and Parx. Today, I think it’s time to reinvest some of the winnings and take a shot. In order to do that we are heading south on a frigid New York day to sunny Florida and Gulfstream Park. They have a massive Pick Six waiting and I want in on this. Let’s go.

UPDATE: We have had multiple scratches to the card today after this post, so here is the NEW Pick Six for today at Gulfstream. 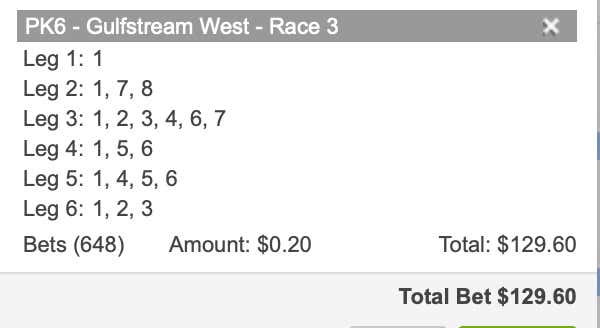 Race Three: (3) Royal Asscher is the clear class of this field and coming in with a major drop in competition. She’ll be everyone’s single.

Race Seven: The (6) Panda has enough early speed to wire this field and the addition of blinkers should only help. If she gets caught watch for (1,4,5).

Race Eight: This shapes up as a two horse race. The (1) Burly Boy and the (2) New Year are the best here. Play both.

EDIT: APPARENTLY THE (3) ROYAL ASSCHER IS SCRATCHED IN THE THIRD RACE. I WILL RELUCTANTLY SINGLE THE (1) ASSUME CONTROL THERE INSTEAD. I CANT GIVE YOU A MORE EXPENSIVE TICKET.