This has been a hell of a day for Two and a Half Gamblers: Canadian Edition. We spent the day down in Hamilton, Ontario at the Eastern Conference Final between the Edmonton Eskimos and the Hamilton Tiger-Cats. As we got off the highway we saw a road sign for a nudist colony, which, needless to say, Paul was very interested in visiting. After navigating away from that potential distraction we inched toward Tim Horton's Field. We all remarked how the setting was reminiscent of Green Bay. There were just houses in a neighborhood and then all of a sudden, a stadium pops up out of nowhere. It was also a larger stadium than we expected to find in Hamilton, Ontario.

When we entered, Paul made a bee-line to get a brand new Tiger-Cats jersey, Big T grabbed a sweatshirt, and I headed toward the field to hear the national anthem. Listen, you don't go to Canada and hit sporting events not to hear "O Canada".

After the flyover, fireworks, flip of a coin, we had football happening right in front of our eyes. Thanks to the Hamilton Tiger-Cats and Canadian Steve for helping to hook us up with these amazing tickets right in the back of the west end zone. 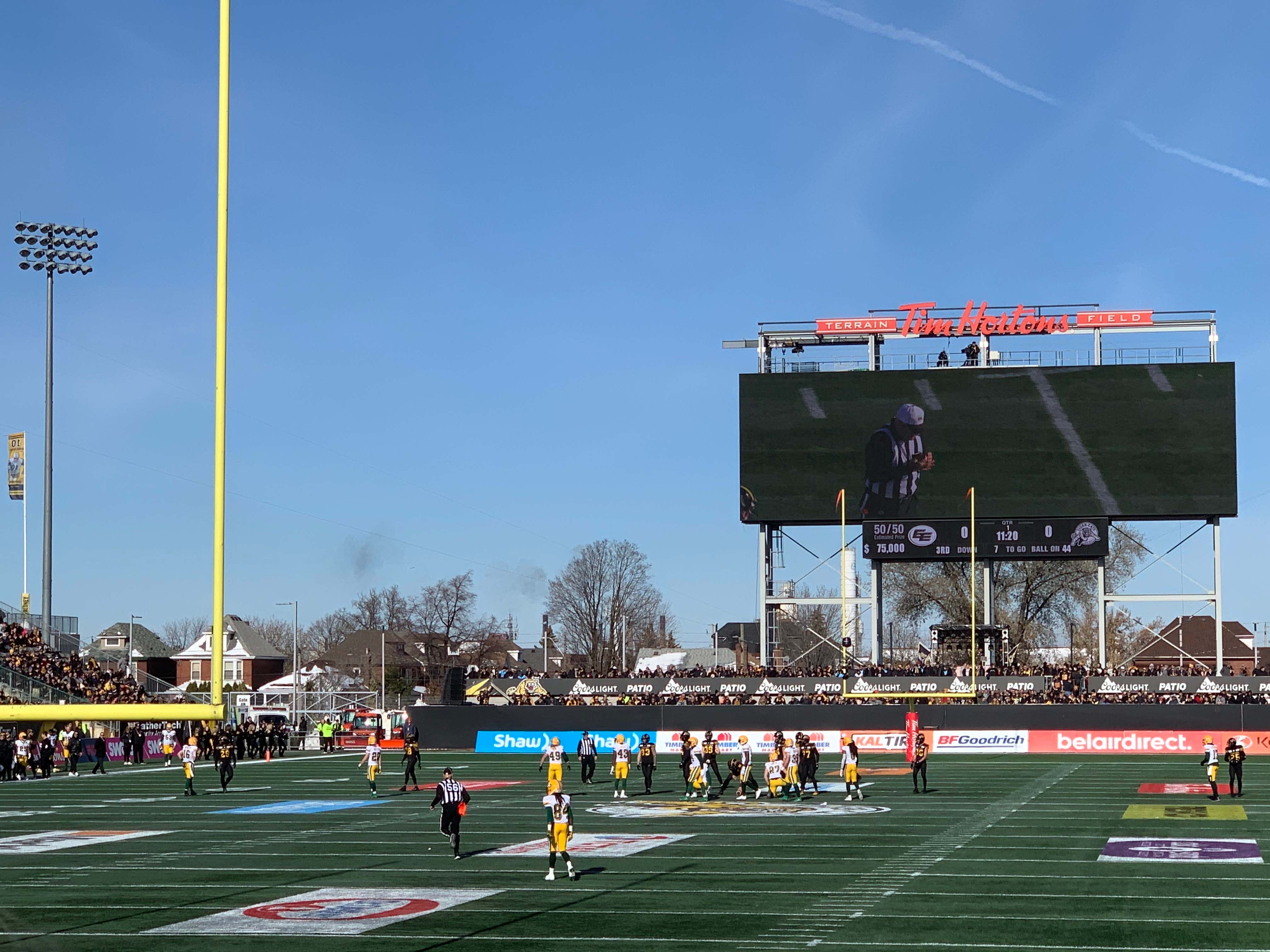 The Ti-Cats jumped out to an early lead and never really relinquished it, which was great since we all had bet them -6. A few minutes into the game our Canadian Stoolie crew made their way over and met up with us. The amount of Stoolies we encountered at this game in Hamilton, Ontario, was astounding. It was more people than I have had recognize us in any city, including New York. It was literally, everywhere we went. And they could not have been nicer, more accommodating, helpful, people.

One of these people is "Pigskin Pete" who leads Hamilton and its denizens in their Minnesota-esque cheer during each game.

The Tiger-Cats, like all teams, have their traditions. Some involve singing, which made Big T very happy. He got to sing "Country Roads"

He also got to sing "Sweet Caroline"

Finally after controlling most of the game from start to finish the Ti-Cats finished things off and advanced to the Grey Cup. The place went crazy.

We then saw people getting to go on the field and had to get in on that, so we fowwowed the mass of humanity around the side and found the way onto field level. 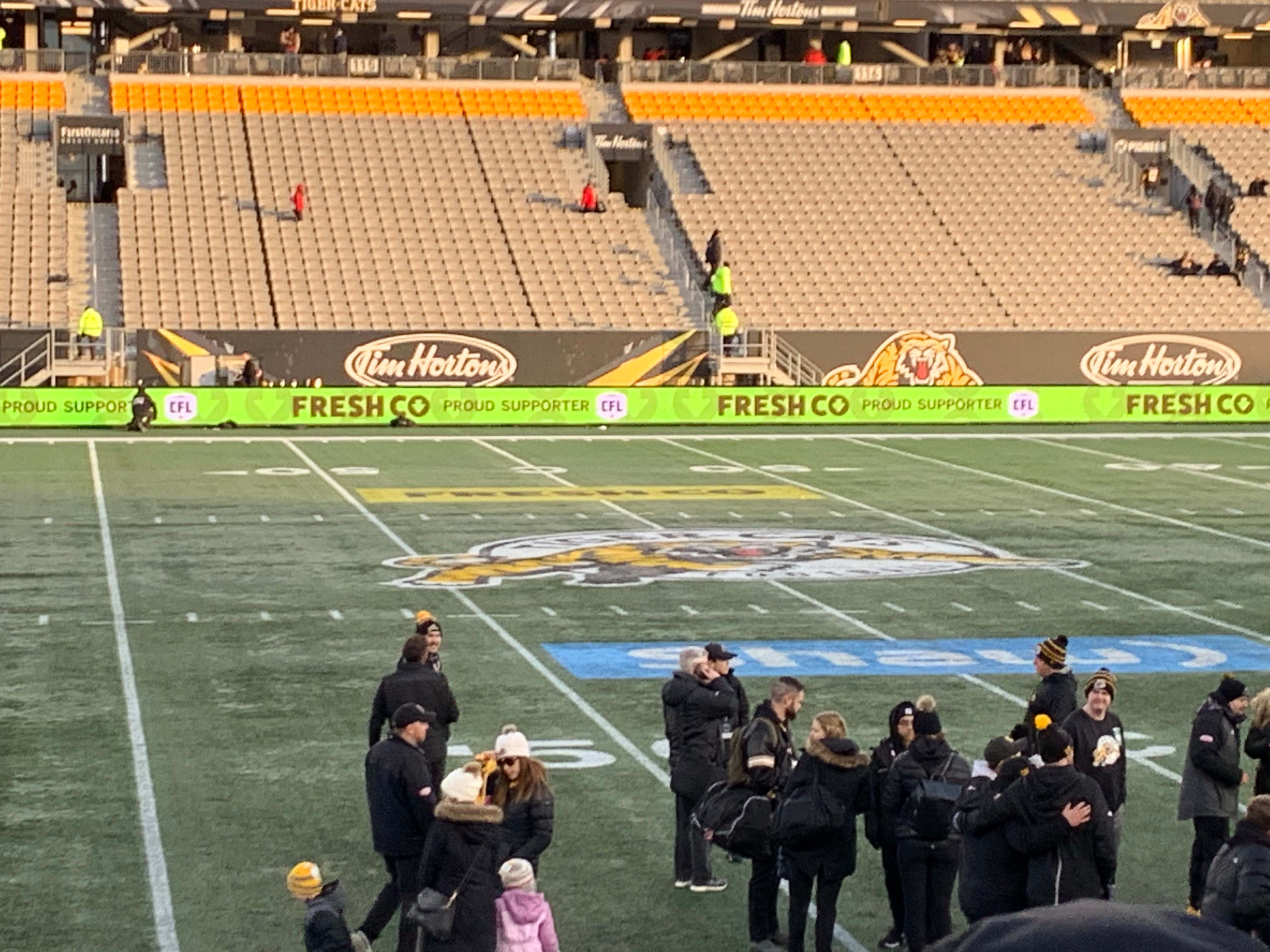 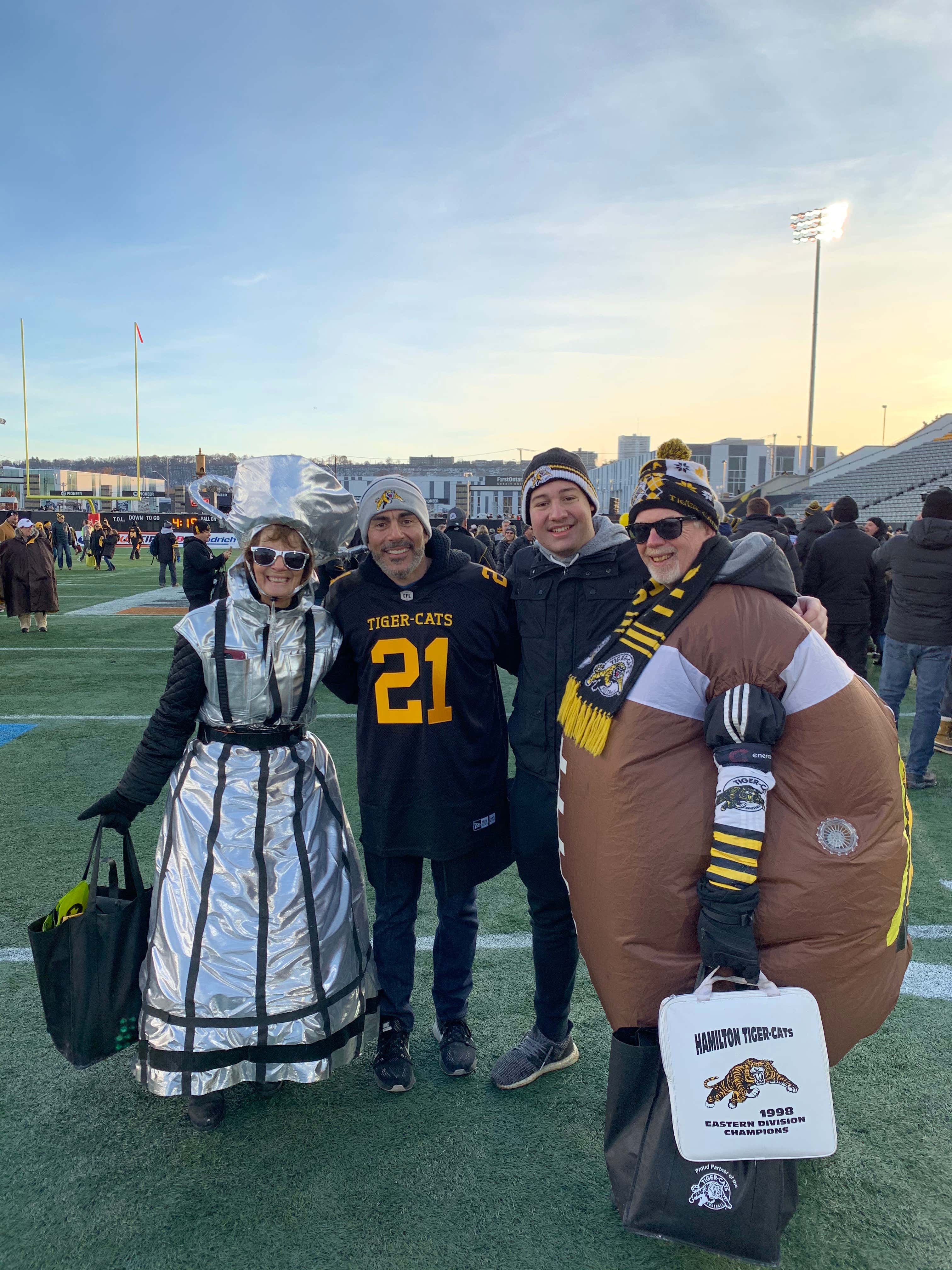 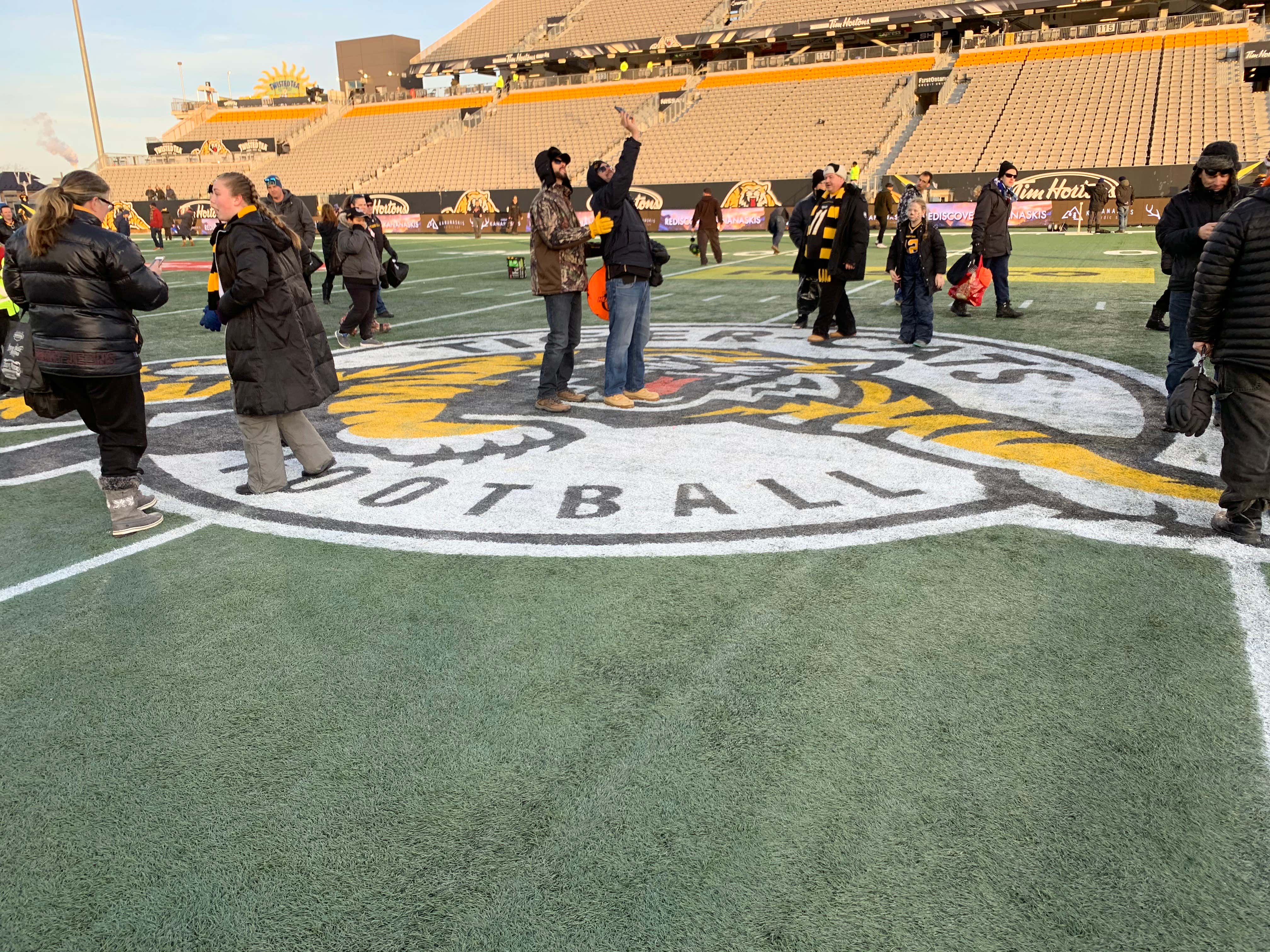 LoDuca had the time of life talking with a woman dressed as the Grey Cup itself. All in all this was a spectacular time at a spectacular event. The CFL should be proud of the quality of football they put out. It is excellent. Also we now get a Grey Cup with the teams holding the two longest Grey Cup droughts, Hamilton and Winnipeg's Blue Bombers. Someone is going to be a champion and I cannot wait.