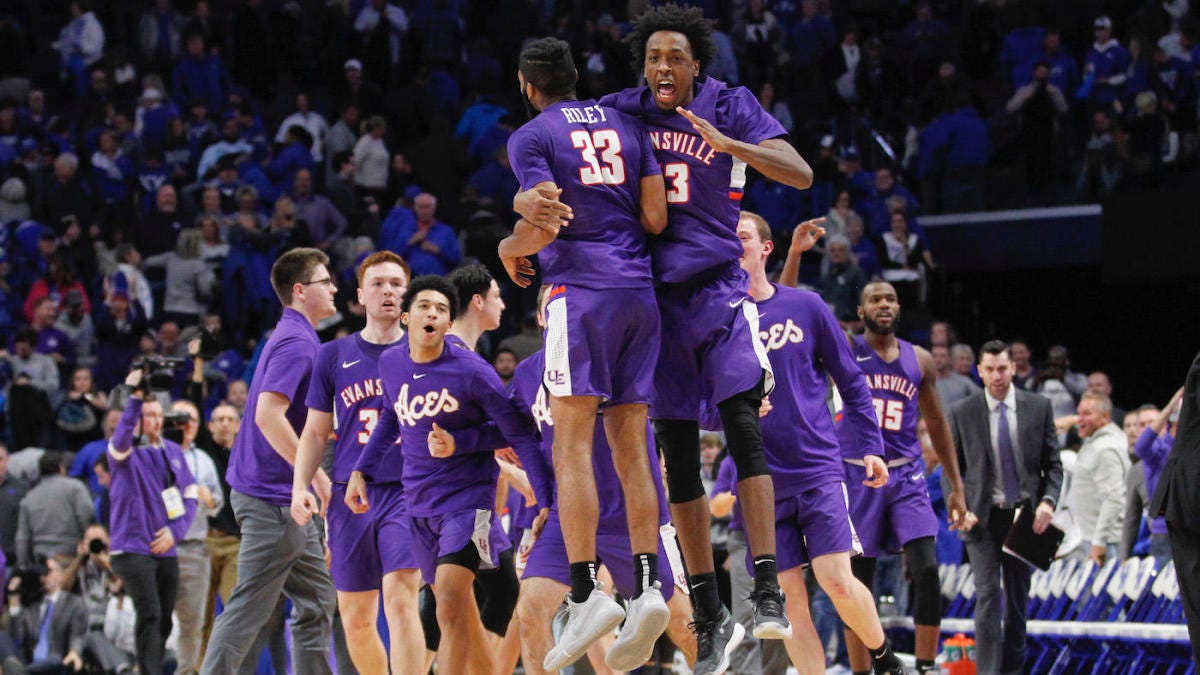 It's Monday. The start of a new week to potentially make things right. Maybe you had Cardinals +10. Maybe you tried to get everything you lost back on the Bears and then halfway through the game you remembered Mitch Trubisky is their Quarterback and Matt Nagy is incompetent as a football coach. Thats me. I'm that guy. Either way this is the most important day of the gambling week. It's actually not it's the next day everyone knows that, but Monday is a tone setter for the entire week.

Evansville is coming off a program shifting win, and by program shifting win I mean people will now remember them as the team that beat Kentucky in Lexington that one time in the beginning of the season when they were 25 point underdogs. They're riding higher than giraffe pussy coming off almost certainly the biggest win any of them will ever have in their entire lives. With that being said I couldn't think of a better time to fade the shit out of them. Gimme SMU both ways going into a gym with a school that has less than 3,000 students total. Gimme the under of 750 in attendance while we're at it.

As a Coastal Carolina alum (yes even if you don't graduate from there by definition you are still an alumnus), I do have some familiarity with the school and the way things work down there in Conway, SC. The gym stinks. It's small and the kids don't come out for the games. Especially not a game against Middle Tennessee in the middle of November. Coastal Carolina is 1-2 at home this season including losses to Northern Kentucky and Campbell. Antonio Green is a legit scorer and playmaker for MT averaging over 25 points and 4 assists per game. I'll take the Blue Raiders at home and with the points and take some action on the ML.

This game seems too easy but I don't care I'm taking the bait. Utah State is the 15th ranked team in the nation playing at home vs an 0-4 UTSA team who is an absolute disaster. The Roadrunners have lost every game by double digits including losses to Delaware, Oakland and Southern Illinois. The Aggies from Utah State are a super well balanced team and if they even play a halfway decent game they win by 20+ and do it with ease.