For those that missed the news from earlier today:

BIG BRAIN BOYZ STAND THE FUCK UP!!! It appears that James Holzhauer's big brain and even bigger balls have locked him in as the favorite for the Jeopardy Tournament of GOATs or whatever name ABC is going to come up with.

Now to be clear, I'm not some chicken rat dog that is clueless about how odds work. I know that bookmakers take into account how the public is going to bet in order to get an even distribution of wagers and the guy that just OBLITERATED the money record would be the clear public pick. I'm sure there are young Jeopardy viewers that don't even know who Ken Jennings is and people that actually follow Jeopardy still may have missed out on Brad's reign on the top that was short as leprechauns simply because Jeopardy only allowed the champion to play for 5 games before moving on. Considering Brad beat Jennings in a Tournament of Champions, was the captain of the winning Jeopardy All-Stars team this season, and has never technically been beaten by another human (his only loss is to that microchip dick Watson, even though Jennings technically came in 2nd), you can easily make a case Brad would STILL be champion until this day if the rules were different when he first appeared on Jeopardy back in 2000.

Instead we have a fascinating triple threat match with champions who each hold a legendary record on a legendary show. 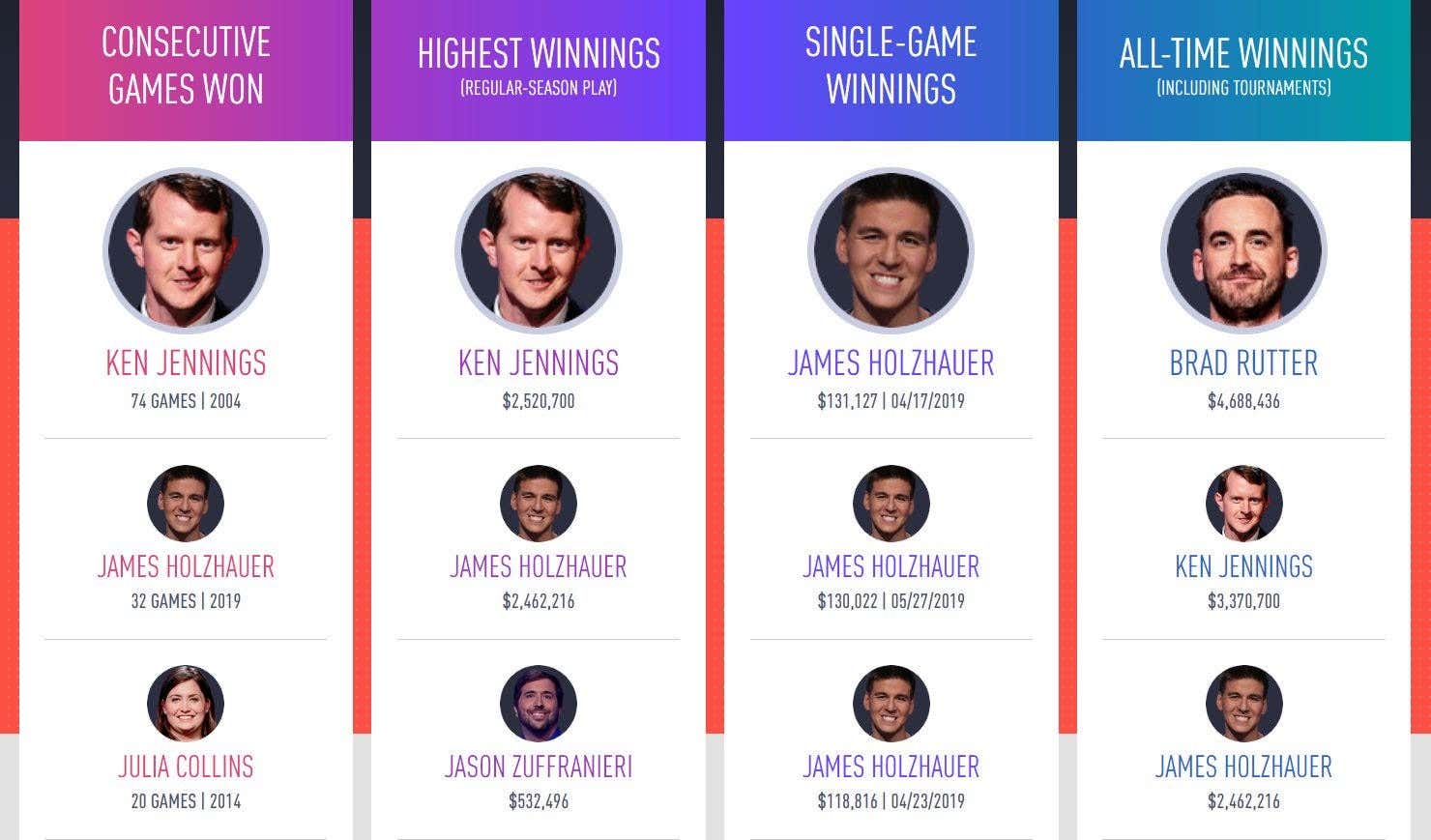 I'm not in the picks business because I stink at betting. But I'll be throwing a few bucks from my kids' college fund directly on my guy James. However, I will say Brad is clearly a value pick and extremely intelligent in his own right based on his past performance and this tweet.

Now we wait for all the other betting lines to get released since this matchup looks like its going to air live because it will be the biggest event of the decade (at least until the Super Bowl in 2020) and so no fuckheads spoil it for the rest of the planet. I'm not even talking about betting on who will win or how crazy James will get with his Daily Double bets. I want to know what the Over/Unders are for how many times Trebek does thing in what could be his final rodeo, like strap on the ol' French accent

And say the word genre