In the words of the poet J.B. Jovi, I'm "sitting here wasted and wounded, at this old piano". Instead of ivories, I have a keyboard, but the sentiment is much the same. It has been a long day. Myself, Paul Lo Duca and Big Tennessee drove from South Bend, Indiana to the Mall of America in Minnesota. We passed through Illinois and won money on an Elvis slot machine at a Chicagoland pizzeria. We drove through the beautiful countryside of Wisconsin on our way to Minnesota. I could insert a bunch of tweets of Big T and Paul singing here, but the reality is, that isn't what I want to talk about. I have some incredible stories from Minnesota stoolies to share, but first a word about Rico Bosco.

Rico Bosco and I do not like one another. That is not fake, it is not scripted, it is not contrived. We do not like each other. I can genuinely say I dislike him more than anyone else I know. It didn't have to be this way. We have mutual friends at Barstool and when I got here in August one tried to make peace. He included the two of us on a group text. This was my response. 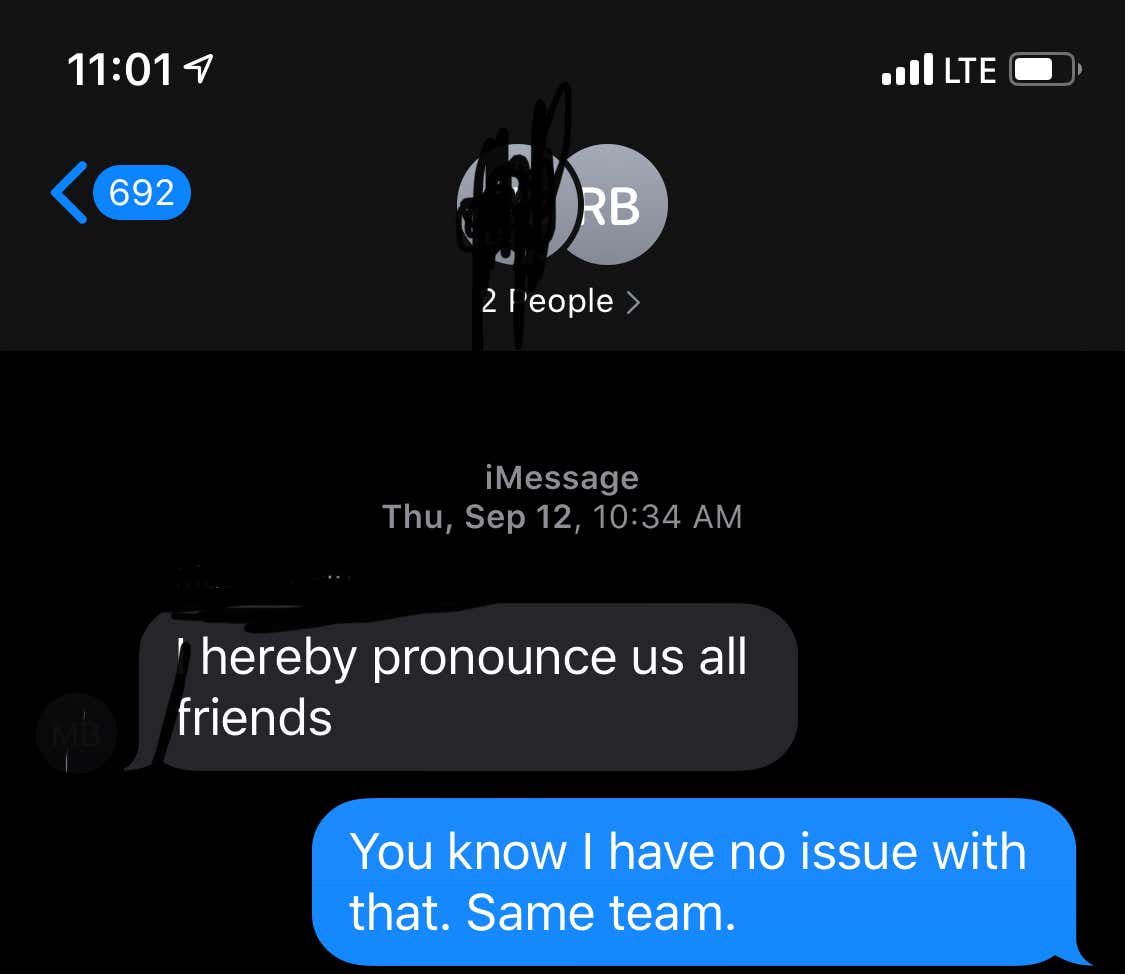 His response was to block my phone number. I tried to make peace. He did not want any part of it. I didn't want to run him out. Truthfully, I found him entertaining and thought we could make good content together. He would have no part of it. I moved on and blogged every day. He went on the Pick 'Em pod and bashed me week in and week out. It was "Cowboy this" and "Cowboy that". What finally got me was when in one episode Dave mentioned me and he repeatedly said "Say who you are" and called me a fraud. The truth of the matter is that you all know who I am. You know I was a lawyer in Florida before Barstool. You know I am divorced. You know what I look like. I am accountable for what I say and do. Whether you love me or hate me, I don't block you online, I will engage with almost anyone. I know I am incredibly lucky to be in the position I am, and I think I have a duty to engage our audience, good or bad. Rico, does not share that view. When he said those things about me, I decided enough was enough and I was going to fight back. All the while I continued to give picks on games and horses. Some won, some lost. I was here for it either way.

Rico, demanded a "clean studio" before he would come upstairs into our office. He blocked strangers who liked tweets of mine that had nothing to do with him. He then escalated to insulting Stoolies in DM's who had never contacted him before. That, I think is egregious. We are ALL here because of you, the Stoolies. I understand that I am not everyone's cup of tea. That's fine. I respect it. The bottom line is Rico Bosco only wants Stoolies who blindly follow him and pay for his worthless newsletter. I say worthless, not as a shot at him, but because he is down units on the year. I don't and have never charged anyone for my picks.

Then Rico chose to go after Paul Lo Duca. Paul is probably my best friend in the world. We are very close and because of that relationship Rico called him a clown and attacked his NLCS batting average, which is absurd because Paul is a four time major league all star. He calls himself a man of honor and integrity. What would such a man do if someone attacked his best friend as he has mine? Paul and I have talked about how we wish this wasn't the case. We wish we could all be on the same team and push in the same direction. Rico won't have it. Now lines are being drawn and sides are being taken. That is a natural consequence of where we are at. But those who side with the "Ryders" should be aware of one thing. He will desert you. He has done it before and he will do it again. When things get too uncomfortable, when his feelings get too hurt, when things hit too close to home, he will leave and he will come back when it is convenient for him. While he was blocking and demeaning Stoolies, Paul and myself were sharing drinks with them across North America. Think about that when you decide which side to take in this battle that did not need to occur.

Having said that, we had a hell of a time in Minnesota tonight. We pulled into the Radisson Blu at the Mall of America around 6pm Central and after showering we needed to go shopping because none of us had enough clothes for this trip. Paul and I hit the Boot Barn and got Canadian Tuxedos for our journey to the Grey Cup in Calgary. We grabbed some dinner and headed to meet some Stoolies at the hotel bar. The stories they had blew us away.

First we heard about how two of the Stoolies were both hitting on the same girl and it turned out that the girl was the cousin of one of their close friends. She decided she liked both of them and well...things escalated from there with both of them. Then another one of the guys told us a story straight out of porn hub. He told us how he hooked up with his step-sister before their parents were married. Ok, weird enough, but alright. Then he continued to say how after their parents got married and were having a child of their own, he hooked up with the step sister again on the day their parents were having their own child. I have never seen Paul so stunned as when he heard this story. It was the most bizarre, fun, enjoyable evening we've spent in a while.

Tomorrow we head back into Canada, to Winnipeg where we will talk to Blue Bomber fans about their prospects in Sundays' Grey Cup. From there we head to Saskatoon and Calgary. This has been an amazing trip and I can't wait for else is in store. We love all of you and we'll talk tomorrow.