In light of this old hand going re-viral this week, we talked on this week’s episode of Cracking Aces about situations where it’s ok to fold aces preflop. Spoiler alert: it ain’t many! But that topic turned into an in depth and very interesting talk about how to play premium hands on different board textures in different situations. We also talked a lot about how not to “play scared”..meaning don’t always assume your opponent has it. It’s easy for your brain to convince you that you’re always behind, but that’s just not true.

and discussed when you want to run it multiple times and what type of player should run it more than once.

Finally, we had on Matt Savage, who is the Executive Tour Director of the World Poker Tour (WPT)..basically he makes all the important decisions in tournament poker. He told some great stories, including this one, being on the mic during Chris Moneymaker’s “Bluff of the Century”:

The force in which Chris said “no I raise” could have changed Sammy’s decision, and poker, forever. It also led to this awesome picture: 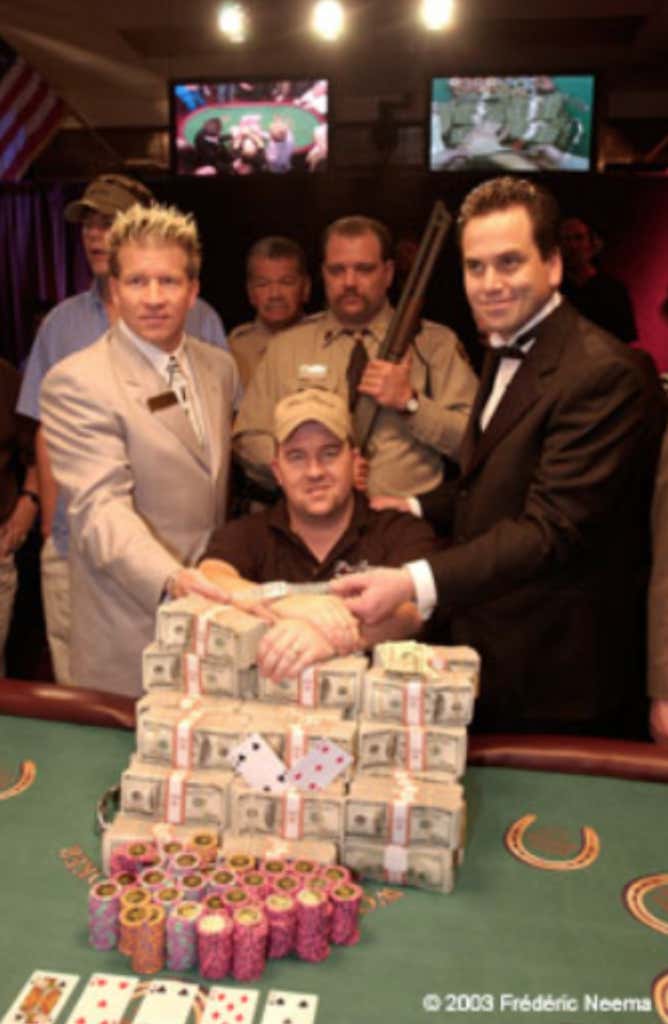 I think this was our strongest episode front to back. Was fun, had really good strategy talk, and Matt Savage was a great guest. If there’s an episode to jump into and start listening to, it’s this one.

If you’re getting the itch to play poker, I suggest BetMGM. It’s the best site to play on in New Jersey. Here’s how you do it: