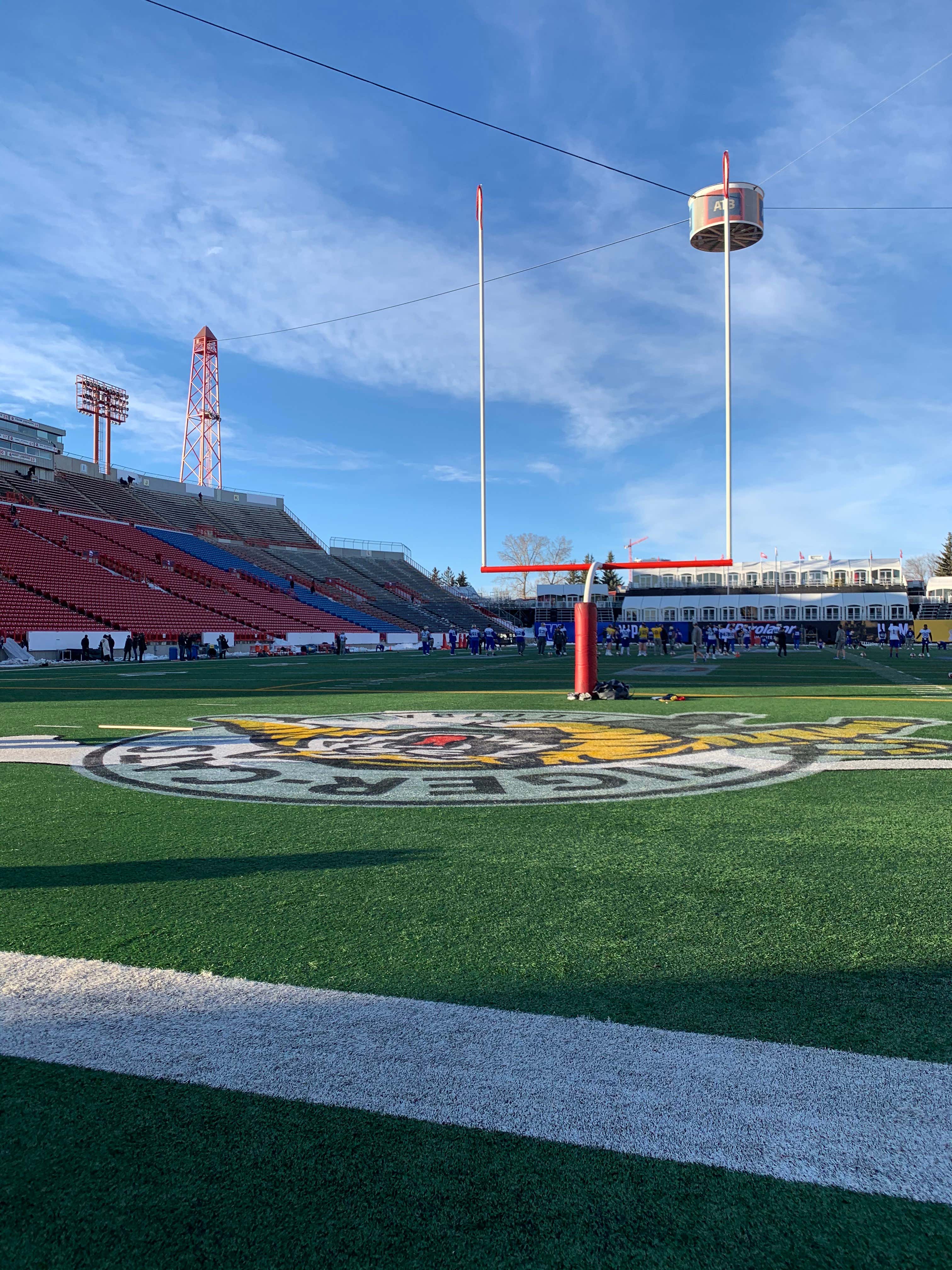 Today is the 107th Grey Cup, which for the uninitiated, is the Canadian Super Bowl. The Hamilton Tiger-Cats are the Eastern Division Champions and they are facing the winners of the Western Division, the Winnipeg Blue Bombers. These teams are examples in contrast. Hamilton was the best team in the east with an explosive offense and the leagues Most Outstanding Player in Brandon Banks. They like to play fast and loose.

Winnipeg on the other hand has Willie Jefferson, the reigning Defensive Player of the Year. They also feature Andrew Harris at running back and Zach Collaros who was formerly the quarterback for Hamilton. The head coaches are even great friends. Storylines are abound.

Yesterday we attended both teams walkthroughs and video of that will be coming later in the week, but there was a marked difference between the two teams. Winnipeg was much more structured, formal, and even cautious. Hamilton was loose, fun and downright silly. They even practiced their celebration for when the win the Grey Cup. That sold me.

This Hamilton team is dynamic offensively, and on defense they are no slouches, led by Paul Lo Duca's favorite CFL player, Simoni Lawrence. I think this game is going to be a great one, but I'm taking the Ti-Cats to get the win and cover the 3.5.

Here are some pics from last night when Paul, myself and Big T were at the official Ti-Cats Grey Cup party. It was unbelievably fun as it was at Cowboys Casino in downtown Calgary. 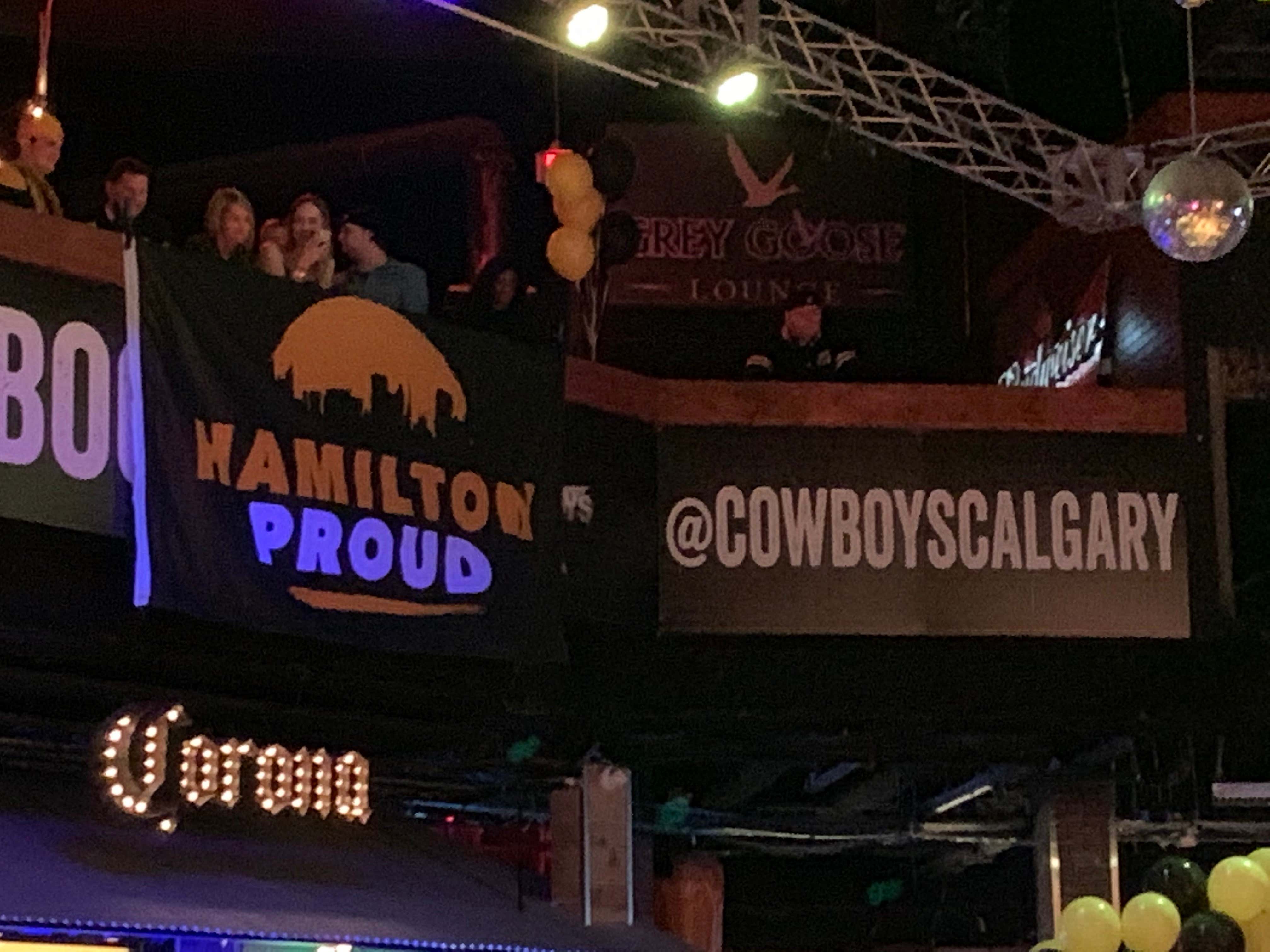 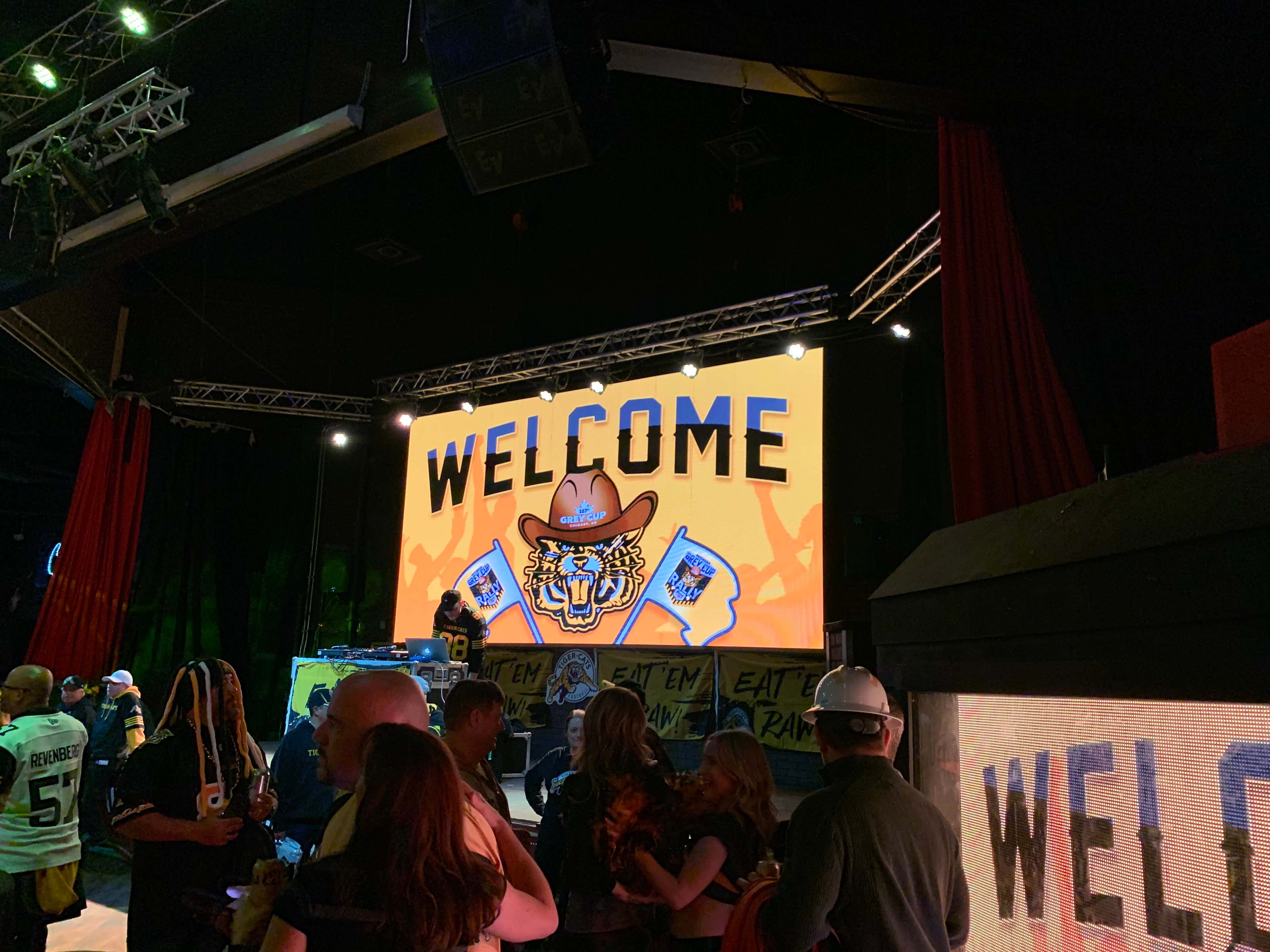 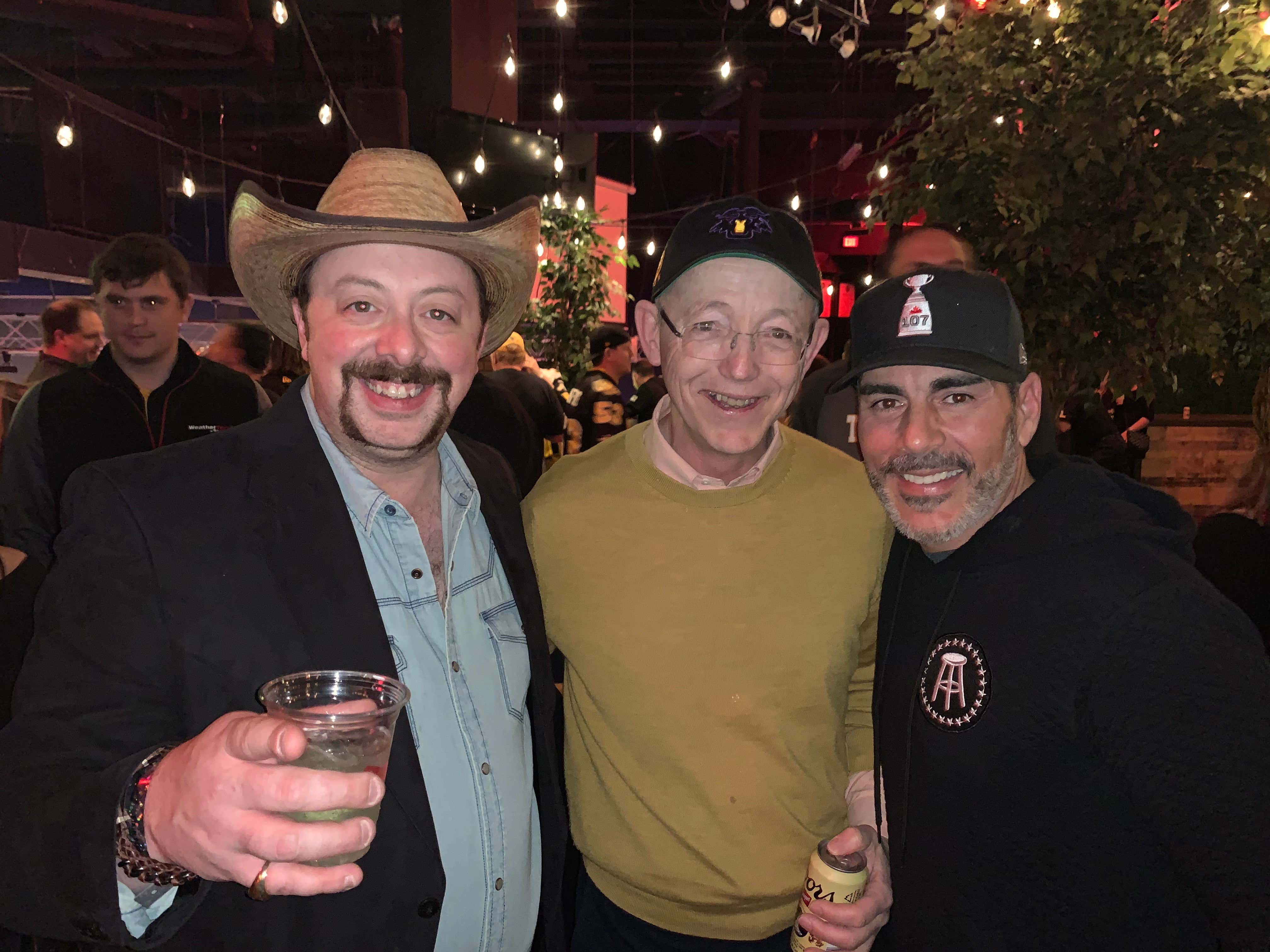 Paul and I with the owner of the Hamilton Tiger-Cats 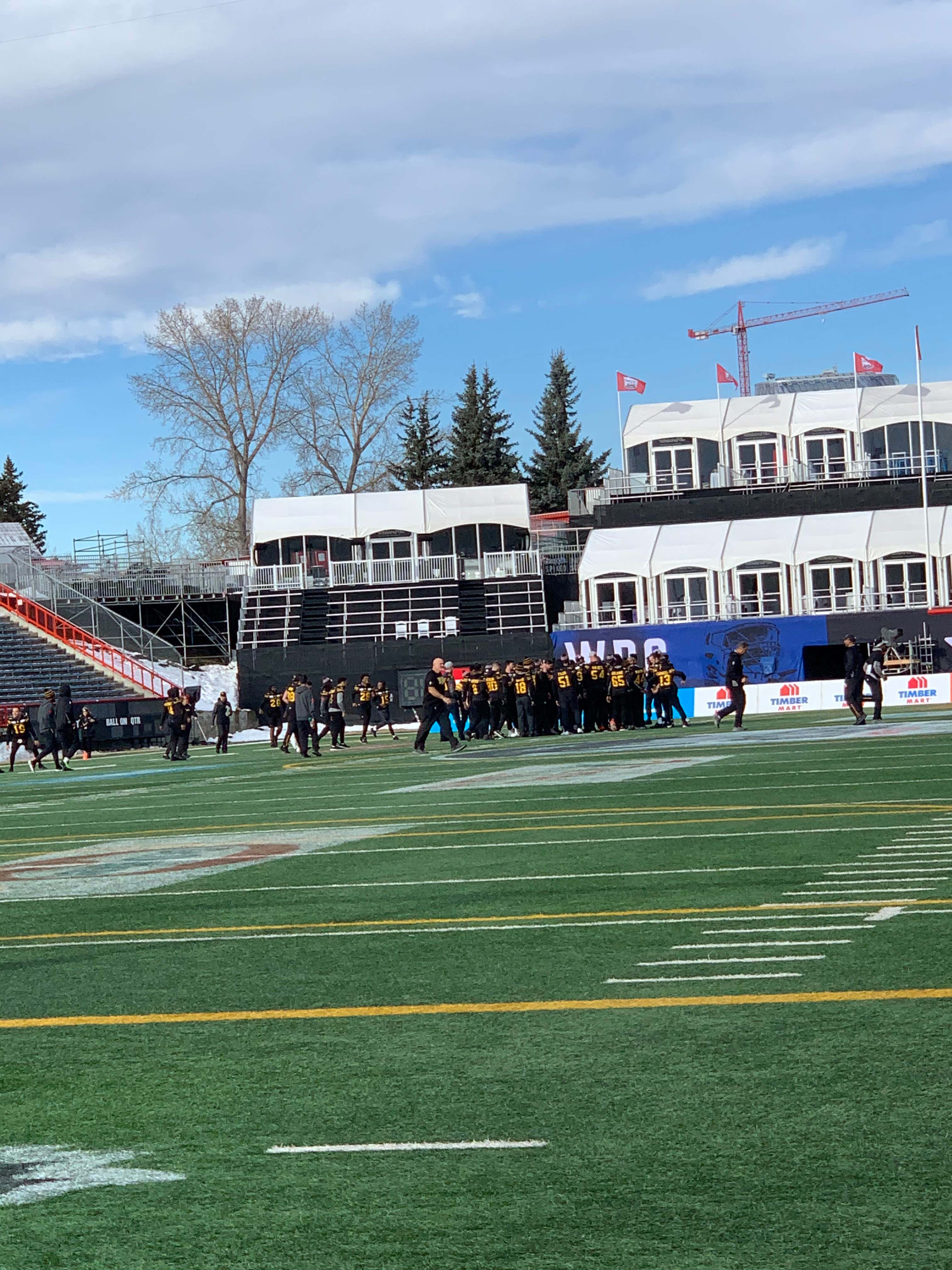 Let's go Cats! The game is at 6pm eastern on ESPN2 in the states, Keith Urban is playing the halftime show and we are ready to Oskee Wee Wee, baby! CATS -3.5