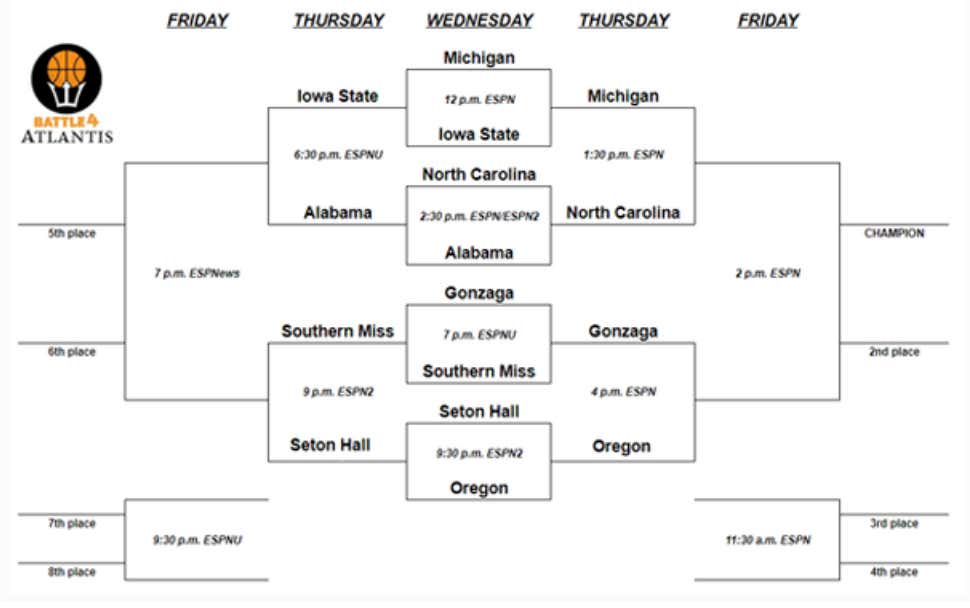 Thoughts: Well, everything went according to play including Seton Hall/Oregon being a classic. Hell, we even had a tripping incident in that game and then Myles Powell going off after that. I will say I'm just so impressed with Michigan. Yes, they felt apart a bit late in the game, but Michigan's depth is just so undervalued.

This comes down to one major thing for me. Zavier Simpson vs Cole Anthony. Listen, no one is questioning how good Cole Anthony is, the dude is awesome. But he was frustrated during the game against Alabama and couldn't really get going. Now he goes up against arguably the best on-ball defender in the country in Zavier Simpson who just pisses people off all the time. Throw in that Teske can stretch out Bacot/Brooks and the frontcourt depth is there for Michigan, I like them more and more.

Oregon pretty much trailing to Seton Hall the entire game and well, here they are playing in the winner's bracket. I love this Oregon team, even without N'Faly Dante, the highly-regarded recruit that is likely joining the team in the second semester. They have the experienced lead guard in Peyton Pritchard that can hit big shots. They have the athletic bigs. They have a bunch of shooting. Gonzaga is good, don't get me wrong. I like them too. But this Oregon team is special.

Alabama wants to play fast and just run all over the place. Here's the somewhat weird thing though. They shot over 30 threes yesterday against UNC, they aren't a great shooting team sans John Petty. I still really like Iowa State, especially Tyrese Haliburton. Similar to the UNC game, an up and down game sort of favors Iowa State and takes away Alabama's biggest strength.

You know what Davidson really struggles with? Defending the three. You know who is really good at shooting open threes? Marquette and Markus Howard especially. That's what I'm looking at here. Davidson has struggled out of the gate too.

Chris Beard giving less than 10 here? This line opened even at 6.5 and is already up to 7.5. It all seems low. Almost like a trap, but you know what? I trust Chris Beard over a trap.