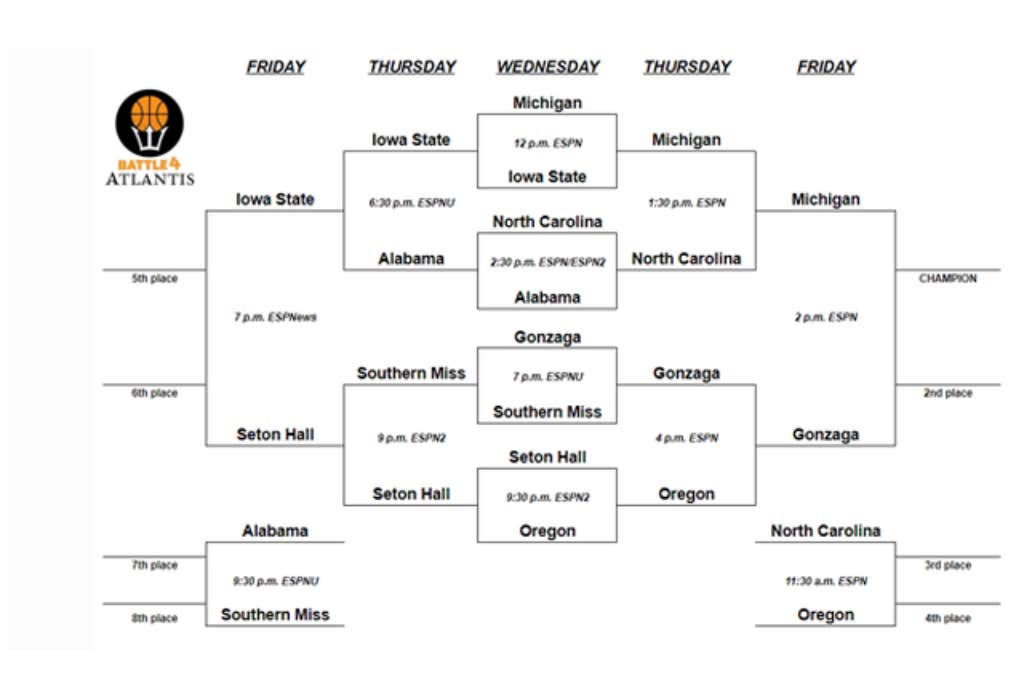 Thoughts: This tournament has been awesome, as expected. That 3rd place game between UNC/Oregon is intriguing and we'll talk about that one here soon. Gonzaga/Michigan being in the final says a lot about Juwan Howard. It's not all that surprising that they are off to a good start with a guy like Zavier Simpson and Jon Teske there and giving Howard something to build with.

Another tough matchup for Cole Anthony in Oregon's defense and Payton Pritchard. It'll pay off in the long run for him and UNC but in this individual matchup this is huge for Oregon. Oregon is going to run that amoeba zone and that matchup man where they are going to force UNC in bad possessions. I also like Oregon's frontcourt to matchup with Brooks/Bacot. This is more me simply liking this Oregon team way more.

This title game is going to be intriguing. Michigan's start with a brand new system is pretty impressive and Howard has them speeding the game up. Here's why I like the over though. Corey Kispert is shooting the shit out of the ball. There will also be a bunch of possessions in this game because Gonzaga wants to fly around on offense. The gym is weird, sure, but both bigs being able to stretch the floor is important here.

DePaul is still being undervalued in every market possible. I love this team, this is actually a good DePaul team and we're going to keep making money on them. Minnesota actually wants to beat you by shooting threes, they shoot it more than 325 other teams in the country. DePaul's three point defense is actually a strength. I'll take DePaul here.

San Francisco's overs have hit every game because they are playing Moreyball where they want to just shoot threes or layups. We're going to keep this going after winning money on them earlier this week against Howard.

Guess what USC is bad at? Defending the three point line, both in giving up attempts and percentage. Guess who Marquette has? Markus Howard, who can go off like we saw yesterday. I actually like Mobley and Okongwu for USC, but this Marquette team is better defensively than you expect and have the scorer in Howard.