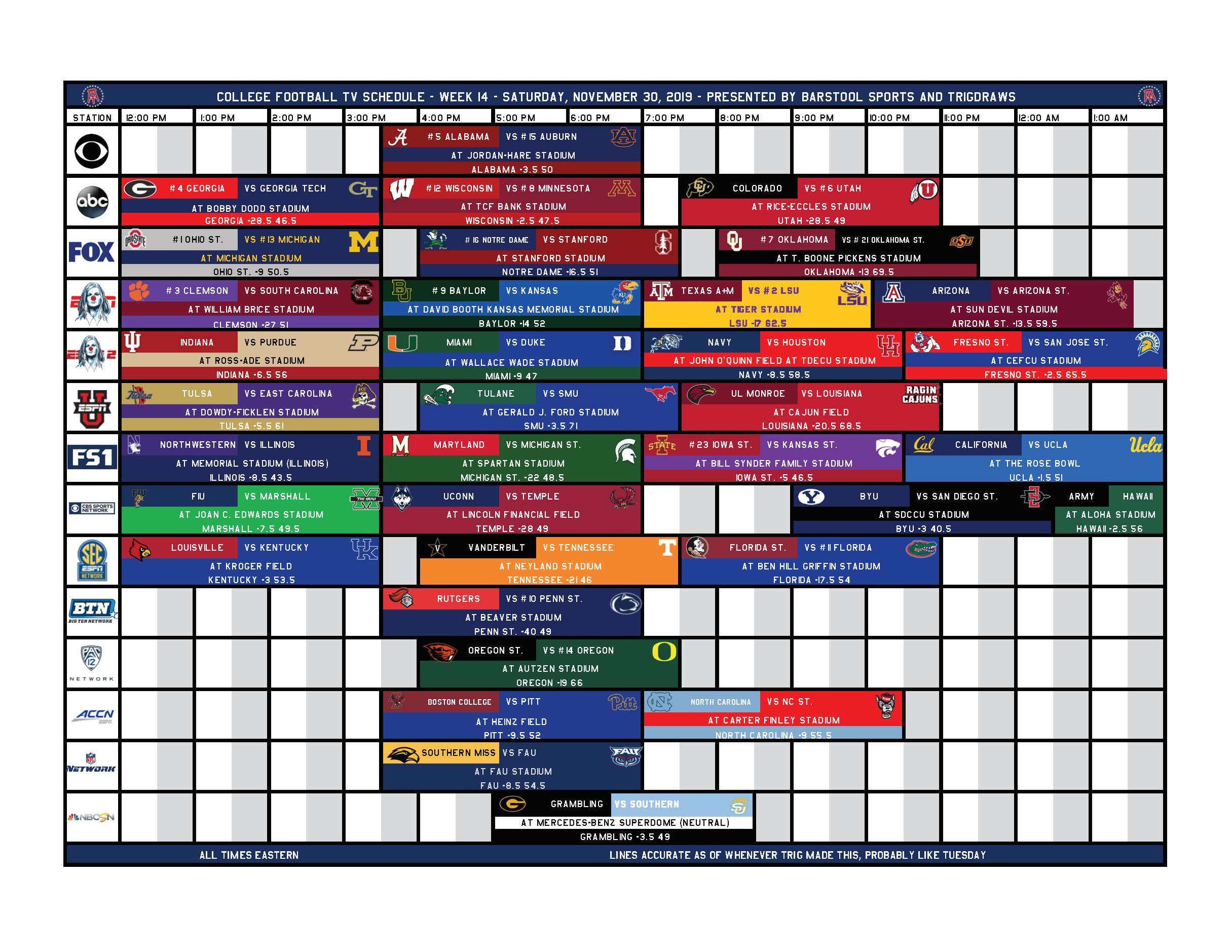 If you are in New Jersey and looking for a book to bet with this season, check out PointsBet.com. Special offers: Sign up with PointsBet with code BARSTOOL and get a $100 bonus when you deposit your first $10.

Syracuse's loss to Louisville last week looked bad on the scoreboard, 56-34. I was on Syracuse, so I kept a close eye on the game and boy could that final score have been much closer.

The Orange entered inside Louisville's 30 on 8 occasions and only scored only 17 points. A few breaks go their way and we have a 1-score game late in the 4th. A lot of good came out of the game, the offense put up 500+ yards and continued their late-season turnaround. I see that continuing today against Wake Forest, who ranks in the bottom 30 of pass explosiveness in the country, a stat where Syracuse ranks in the top 25. Tommy Devito could surpass 400 yards in this one.

The biggest issue for Cuse comes via Wake Forest QB Jamie Newman. He's lead a top tier passing attack all season but will be without his top 2 WRs today. The Orange just have to limit the Deacs to an average day through the air and put an emphasis on stopping explosive plays. Syracuse ranks 41st against the pass when it comes to efficiency, but have allowed big plays through the air all season. The defense doesn't have to be perfect, but instead keep Wake Forest to 5-10 yard gains, instead of 40+.

Another advantage for Syracuse comes on special teams, where they rank 15th in the country. Wake Forest is particularly bad at preventing significant returns. The Deacs allowed 2 touchdown returns last week against Duke. Syracuse will have every opportunity to expose this.

Let's take a look at the weather for today's game in Minnesota:

As you can see, rain and snow is expected during the game. This is great news for Wisconsin, but bad news for Minnesota's passing attack. The worse news for Tanner Morgan & Co.? Winds of 19 MPH.

Minnesota is going to struggle stopping Jonathan Taylor. They rank 74th in line yards allowed, 123rd in power success rate, and 103rd in stuff rate. Wisconsin ranks 13th, 10th, and 11th in those stats respectively. I expect a BIG day for one of the best RBs the game has seen over the past decade.

The snow, rain, and wind are bad news for Minnesota's passing attack, but let's not forget that Wisconsin's pass defense ain't too bad either. They rank 5th in passing success rate and 13th in passing explosiveness allowed.

Wisconsin is a matchup nightmare for Minnesota. The Paul Bunyan Axe will be returned to Wisconsin.

What has he done? Put up good numbers against Western Carolina and Arkansas?

The defense he'll be facing tomorrow in Auburn is going to be vicious. The Tigers have one of the best defensive lines in the country along with an awesome linebacking core that is going to take away the Tide's rushing attack. Auburn's defense has faced 8 top 50 offenses this year and kept them to an average of 19 PPG. Mac Jones is going to have to beat Auburn's defense today and I just don't see it happening.

This is a bet on true freshman Bo Nix, but he's by far the more experienced QB in this game. Plus, he has the home crowd on his side. Alabama's defense isn't anything special, we saw that against LSU. Will Nix put up Joe Burrow like numbers? Of course not, but he'll have the ability to put up 24-28 points, which will be enough to get the cover.

Oklahoma knows they have a shot at sneaking into the 4 seed and to increase those odds they are going to need to put up style points. Oklahoma's offense ranks 1st in SP+ and will be going up against an Oklahoma State defense which ranks 47th. Jalen Hurts and CeeDee Lamb can and will put up 40+ on Mike Gundy's defensive unit. Even if this game is 42-21, the Sooners won't be taking their foot off their gas. It'll be go-go-go all game long for Lincoln Riley's crew.

Oklahoma State's success this year has, as usual, come on offense. That unit ranks 17th in SP+, but they will be without their two stars in this game: QB Spencer Sanders and WR Tylan Wallace. Those are two massive losses for the Cowboys.

When you hear Oklahoma, you think awful defense, but that hasn't been the case this year. The Sooners defense ranks 41st in SP+ and gave up only 200 yards to TCU last week. Dru Brown is a big downgrade from Spencer Sanders and will allow Oklahoma to put more emphasis on stopping RB Chubba Hubbard.

I have a feeling this one could get ugly.

I'm not sure what makes BYU a 5.5-point favorite on the road. You could say this is a letdown spot for SDSU after losing a Mountain West championship play-in game to Hawaii last week, however, Senior Day at home against BYU should offset that. The travel isn't great, but San Diego to Hawaii isn't NYC to Hawaii. BYU may have had a longer trip to UMass last week than SDSU did.

SDSU will be without their starting QB Ryan Agnew, but it's not like he's been leading a phenomenal offense. The Aztecs rank 126th in offensive SP+. SDSU QB Carson Baker may be what the doctor ordered for the Aztecs to get a few more points on the board than usual.

On the other side of the ball, Rocky Long has himself another phenomenal defense, ranking 16th in SP+. They've been causing issues for every offense they've faced this season. BYU has put up over 30 points in every game they've played in November, but take a look at this competition:

Let's not give the Cougars too much credit.

-Won their biggest game in a decade against SDSU last week to secure a spot in the Mountain West championship game.

-Have to play Boise State next Saturday in Idaho.

-Off a bye. Their two opponents before the bye? UMass and VMI. This team is beyond rested.

-Playing for bowl eligibility (bowls are announced before the Navy game, so they have to win this one).

-Have a bye next week before playing Navy.

This is a matchup nightmare for Hawaii. It's also a situational nightmare for them. Honestly, I don't think they give a shit about this game. I wouldn't be shocked if they pull their starters after a quarter or two. How much time do you think they have spent preparing for the triple-option vs. Boise State? Earlier this year, Air Force, a triple-option team, came into Hawaii and beat them 56-26. Their focus is on next week, while their opponents is 100% on this game.

Hawaii's offense isn't that phenomenal either. Their best trait is passing success, where they rank 10th. Army ranks 56th in defending the pass. They also aren't that bad at finishing drives, ranking 56th. Army ranks 36th in that same category on defense.

I love this play. I can't stop thinking about it.