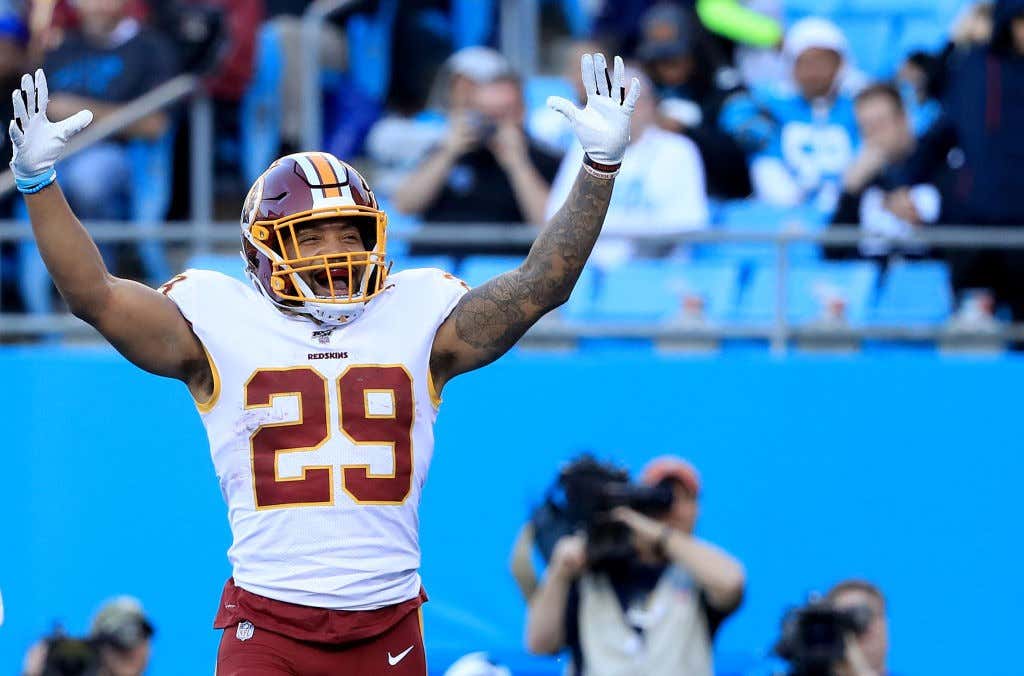 Who is hotter than the Washington Redskins right now?!?! Nobody!!! Well ok, some teams are. But whatever. Given the circumstances…nobody!!!!! Rookies everywhere. Practice squad guys making plays. Guice running for a buck 20. The defense looking sharp as a tack after the first quarter. It was one of the more complete Skins games we’ve seen in quite some time. Haskins made some great plays, some great throws, and is clearly getting better week to week, right in front of our eyes.

Plus, more great news- with the Bengals and Dolphins also winning today, it barely moves the draft pick.

Being a Skins fan, man. Root so hard for the players, despise the front office. And it’s such a catch-22, if they win it provides idiots like Bruce Allen with more job security. Ugh. Winning is so awesome though. I wish they did it more often. Snyder should look at it from the reverse- imagine how many *more* wins they’d get without that idiot Bruce Allen hanging around. That’s the angle.

Sell the team though. Fuck you Dan Snyder. You fuck.