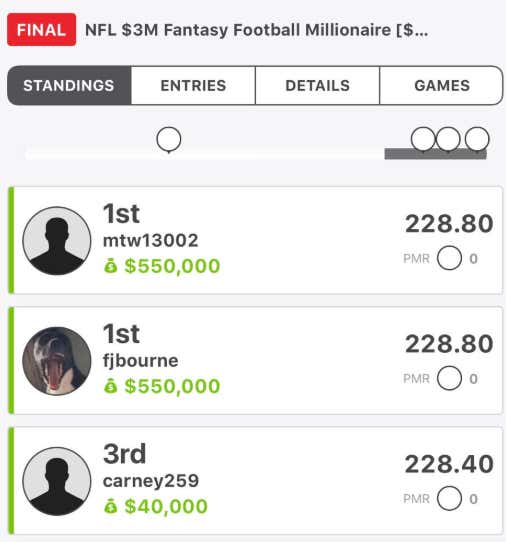 That is GROSS. I mean, we’ve all taken a bad beat. We’ve all been on the wrong side of a backdoor cover. We’ve all had our aces cracked. Everyone has some sort of story of when they ran bad. But this could take the cake. He had first place in the milly maker locked up. It was his for the taking. A cool million dollars. And then the Chiefs blocked the extra point and returned it for the 2 point conversion, which resulted in a cool $960,000 swing. As I said before,