Carl begged me to give him a Thursday night pick because apparently the money I’ve made him on Sundays over the years wasn’t enough. Here you go, ya greedy fuck.

What the fuck are we doing here? Why is this line only 3 points?

I’m a Chicago guy and I’ve loved to see the Bears holding down the caboose of the “In the Hunt” playoff graphics over the past few weeks, but this Bears team stinks.

Mitch has looked better-than-terrible in recent weeks, but that’s what happens when you play the Giants and the Lions (ignore the 3.6 yards/play offensive output against the Rams in Week 11, please). He is not a good quarterback and we all know this. He used to have a fun “Bortles/Josh-Allen-esque” run dimension to his game, but now he’s avoiding contact as if he has a valuable arm to protect:

Mitch has 80 rushing yards this year. He eclipsed that total in ONE game last year. When he voluntarily takes his legs out of the equation, what’s left? 6.1 yards/pass, ranking dead last among qualifying QBs (yes, below Mason Rudolph).

The Cowboys are a different story. They unquestionably have a Top-5 offense (1st in yards/play, 2nd in offensive DVOA).  People may look at Dallas’ 15-point output against the Bills on Thanksgiving and think that their offense is trending down, but they finished with 5.9 yards/play, which would rank 6th among team averages this year. The problem is that they turned the ball over twice in the first half, and they inexplicably abandoned the run game early when it was still a one-possession game. Zeke had 9 carries in the first quarter, then only 3 for the remainder of the game. The Bills couldn’t stop him (5.9 yards/rush), so why did the Cowboys leave him in the dust? Well, I never said they had a competent coach.

Side note: Garrett became self-aware and has toned down the clapping, which is a damn shame.

The Bears D is solid, mostly against the pass, but it doesn’t have a shot at being elite until Akeim Hicks returns next week to secure the run D. Without an elite defense, you can’t stop the Dallas offense, which should have taken a hint from last week to give Zeke the fucking ball. On the flip side, the Cowboys D is soft (good D-line though), but the Bears don’t have the offense to beat it.

And I hate to say it in a Chicago December, but this is not Bears weather. The temps are in the 40’s, the winds are in the single digits, and there’s no precipitation. No assistance to muck this game up. Womp womp.

I’m a Bears fan, but I’m not a fan of leaving money on the table. Lay the points. 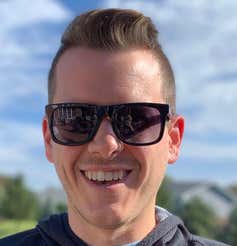 This hurts so much to read as a cowboys fan down 17 in the 3rd knowing that even the Chicago guys didn’t have faith in the bears.