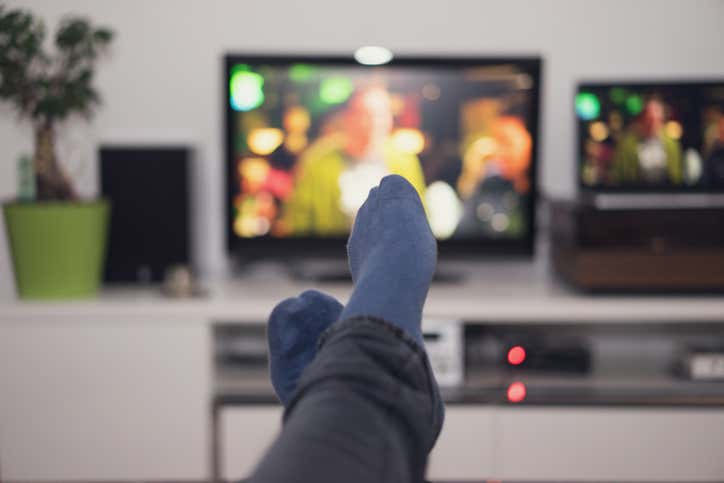 (source)–Is this enough time to watch all the new shows on Netflix?

The average person will spend more than 78,000 hours in front of the television over their lifetime, a new study says.

Researchers determined that viewers watch an average 3,639 movies and 31,507 episodes of television, amounting to staggering 78,705 hours according to findings released by OnePoll on Monday.

Where’d they do this study? India? Fucking France? It has to be some place that doesn’t have football because those numbers are STAGGERINGLY low for a lifetime. Think about how many hours you spend in front of the TV just watching football. Let’s say the season is 20 weeks long. I would say on average between Thursday and Monday I watch about 24 hours of football. A full 12 hours just on saturday alone. That’s about 480 hours of football in just one season. Multiply that by 50 years and you get 24,000 hours of nothing but football. Nothing else. Not March Madness, not soccer games that you don’t really care about but you’re watching until the 11am games kick off, not the NHL playoffs, none of it. Just football. How do they not take that into account? Do they think I got this fat just by watching Netflix? Not a fucking chance. There’s a reason why America is the fatttest country in the world and it’s because we watch a gazillion hours of TV every single year. Our lives are basically just killing time at work, sleeping, and watching tv. This study is for shit because I definitely believe that I watch the 78,000 hours of movies and episodes of shows. You can go ahead and double total thanks to sports. And I was being conservative with the 50 years. I think most guys probably start watching this amount of sports in their early 20s. The odds of any of us living this lifestyle and getting beyond like 75 years-old is highly unlikely. Also…add in the amount of time you’re just scrolling through netflix trying to decide what to watch. If you do that we are probably pushing around 200k lifetime hours in front of the TV. And even though this lifestyle will for sure lead to financial, medical, and relationship issues, I wouldn’t change it. What am I supposed to do instead of sports? Read books? Go outside? No, fuck that. Give me my TV and food delivery and that’s all I need until I die.