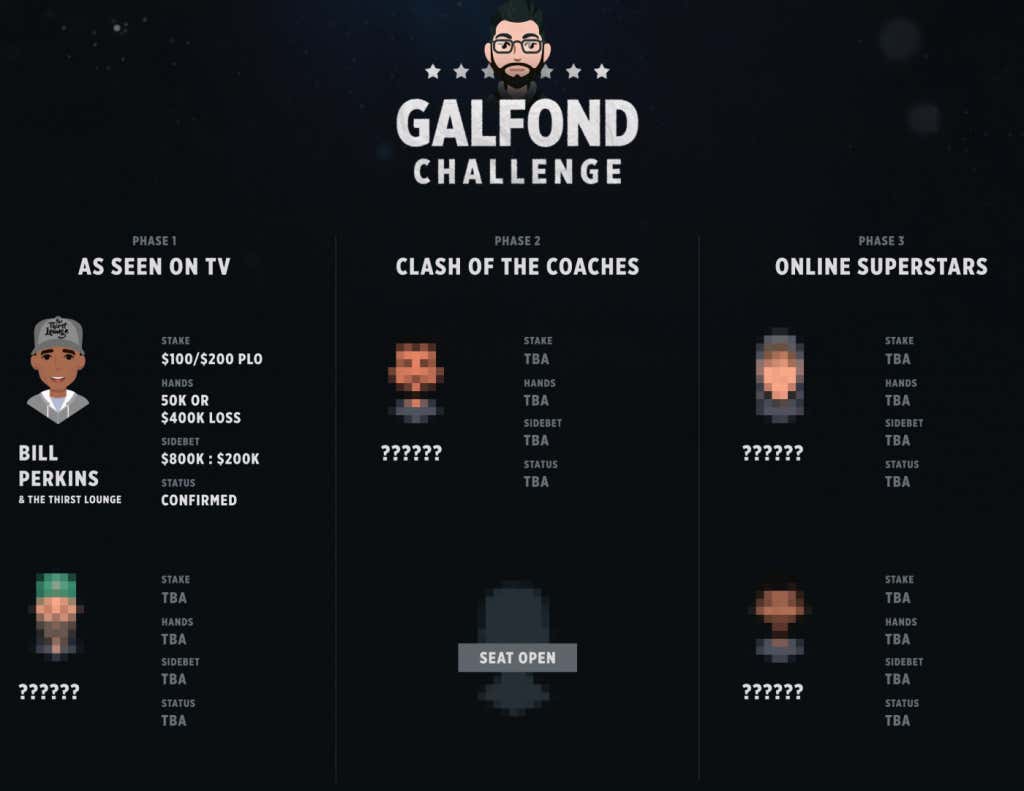 Poker legend and former Cracking Aces guest Phil Galfond announced yesterday he is running a ginormous poker challenge on his online poker site Run It Once where he will be playing against some of the richest/best players in the world. First up is Bill Perkins, the billionaire who I’ve blogged about before, most notably for being on the other side of the Weight Loss Bet that took the internet by storm early last year.

Well as it turns out, when you issue a challenge to the poker world, there’s someone you probably want to run it by reallll quick first….your wife.

Whoops! Don’t cha hate it when your wife finds out about the ol’ $1.2 million bet via Twitter? You knew there was something you meant to tell her…was on the tip of your tongue, but couldn’t quite remember what it was. Happens to me all the time.

And that $1.2 million is only phase 1 of 6 of the challenge! Classic Phil. He responded like only the GOAT can…

This will be an absolute blast to watch and talk about on Cracking Aces. We’ll definitely get Phil back on again while it’s going on or after his match with Perkins to talk all about it. Can’t wait to see if he’s in the doghouse or if he’s taking his lovely bride to the Penthouse.

Make sure to subscribe to CA, it’s the best poker podcast out there. I host it with a professional poker player Jake Toole and it’s just..really good. This last episode we did an hour+ about common mistakes amateurs make when playing tournaments- we discussed bet sizing, position, playing aggressive vs tight, adjusting to your table, knowing when to fold, and much more. It was an extremely informative and fun episode, if you’re a beginner and want to learn more, I highly recommend it.

You can listen on iTunes (I always appreciate a sub and 5 star review, those go a long way)

or on Spotify (also on Stitcher as well)

PS: I’ll be playing a live tournament this weekend so follow along on IG, I’ll be updating on the story. These are always a lot of fun to do, if you recall in the Summer when I made a decent run in the WSOP event it was a blast to update and see people rooting for me, hopefully more of that to come this weekend. Click here to follow.