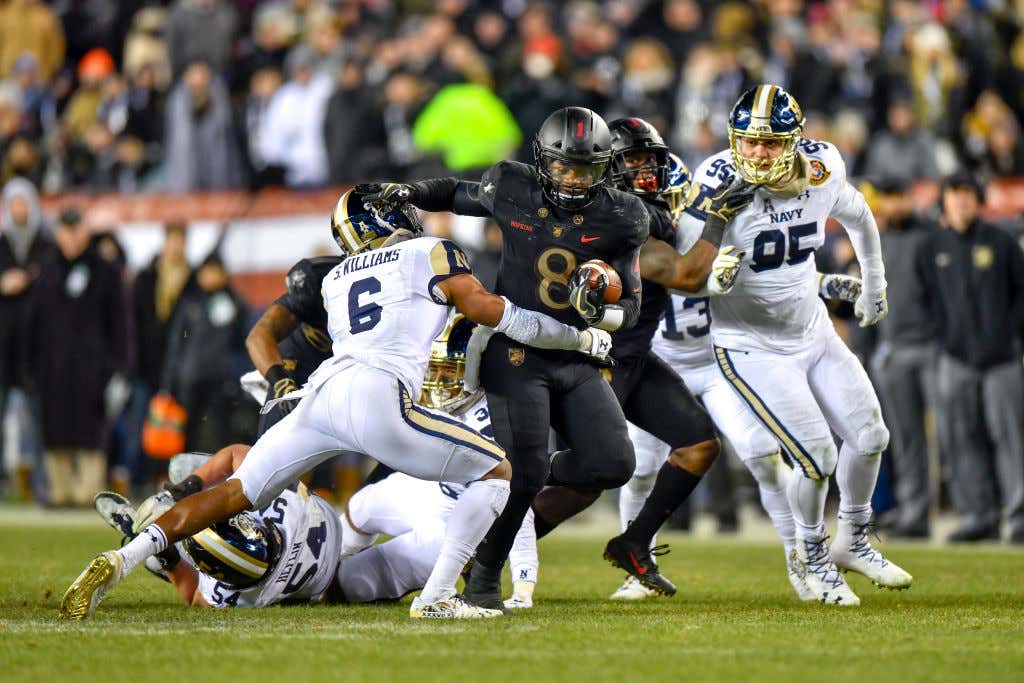 Army and Navy is tomorrow. It's one of the best sporting events of the year.

You may be shocked to find out that the under in Army-Navy has gone under 13 times out of the last 14! In all service academy games since 2005, the total has gone under 34 out of 43 times thanks to the triple-option offenses. That's a 79% clip!

Army and Navy both rank in the bottom 3 of pass attempts nationwide. Tomorrow's forecast looks like an under too:

If you're looking to bet the under, buyer beware: Navy's is 21st in SP+ offense and Army's rank 68th. Their defenses aren't anything special either: 66th and 72nd respectively.