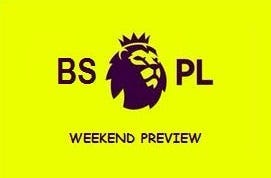 This has quietly evolved into one of the better overall EPL slates of games we bear witness to all season – and with only nine games on the schedule due to Liverpool’s FIFA Club World Cup obligations. So let’s take a look at those and what’s what throughout the rest of Europe… 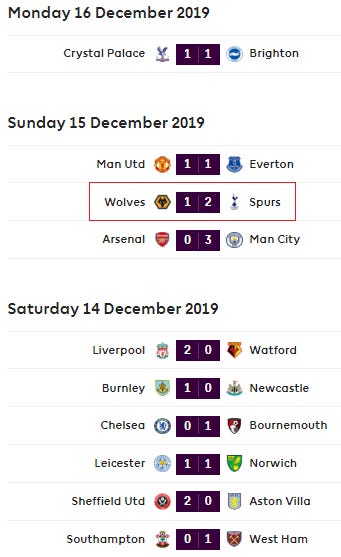 Annotated table as things stand at the moment: 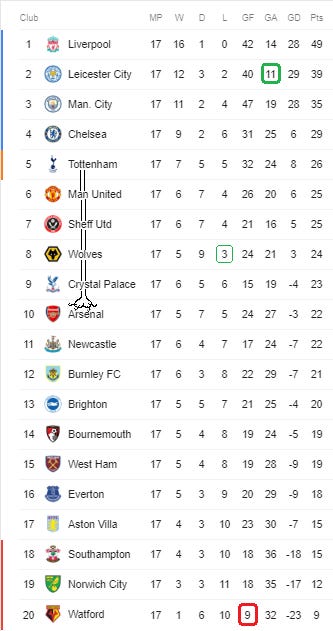 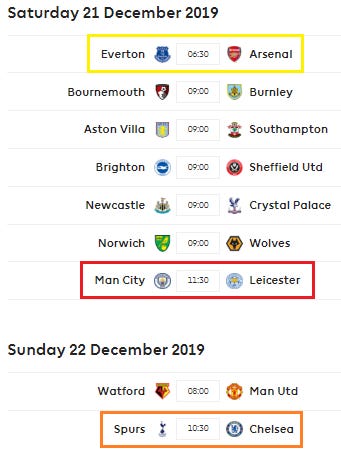 REMINDER: I previewed the preview and included my “best” (worst) picks in the podcast, which comes out at a slightly more reasonable time… just an FYI.

Game should be legit. City are extremely good – but not great. Lester are for real and have beaten everybody they should beat (easier said than done) and several clubs that they would not have been expected to coming in (eg, Spurs) – and yet but they have not done particularly well against most of the other top teams in the league. Draws with Wolves and Chelsea are fine but they lost to United (who were not playing particularly well at the time) and in their biggest test to date fell 2-1 at Liverpool. Not a bad resume at all, but also not one that screams “darkhorse title challenger”. Anything less than a win for Lester this weekend and we might as well just crown Liverpool.

Hard not to be tempted by the odds on the Sneaky Foxes. Dax went with the upset on the podcast. He has a point that City will dominate possession but could get caught on the counter. Jamie Vardy has been doing that thing where he scores like 85% of his looks and Lester have proven they can be masters of bend-don’t-break defense. I’ll say this: if Lester do find a way to walk into the Etihad and pull out a result I will officially pay them the respect of re-inserting the silly unnecessary letters in their name. I know how much it means to them. I don’t see it though. City at home seems like a little too much.

Highly compelling… unlikely to be quite as high quality. Tottenham have been better under Jozay but defensively they still have way too many holes. Jan Vertonghen was pushed out wide against Wolves and actually did relatively well but even if that continues to work it leaves an entire side of the field under-manned. Chelsea have been pretty damn good all season but, as a young and inexperienced team is won’t to do, has been up and down recently… and more down than up with losses to West Ham, Everton and Bournemouth among their last four games.

The biggest storylines is, of course, Dear Leader facing off with his ex. The Special One already lost to United a couple weeks ago so you better believe his ego will demand that he sprinkle every last bit of motivational dust on Spurs to avoid losing to a second club that canned his ass in the same month. Can’t hate a draw given how Spurs have been shipping goals left and right but…

“Spurs by a million” -haters

Shitshow of the Week

NEW COACH DÆRBY! Mikel Arteta has been officially named manager of Arsenal while Carlo Ancelotti will (reportedly) take over at Everton any day now. Interesting moves, both, though their resumes could not possibly be different. Arteta has coached precisely zero games whereas Ancelotti has been in charge of just about every huge club you can think of at one time or another.

The talking points will be the new coaches and the potential for both clubs to press “reset” on a season at risk of going awry, but they won’t have much impact on this particular game. These are still two clubs in disarray, though at least one of them has shown signs of life recently. (Hint: it’s not the red one.)

The recent results explain why Everton considered the favorites, especially at home, which is a perfect time to bet on Arsenal for two reasons. One, anytime something goes right for the Toffees something bad is sure to follow. The Lester game in which they draw level at the death only to lose in extra time is a perfect example of this omnipresent phenomenon.

Secondly, despite pretty much all available evidence, Arsenal really aren’t THAT bad. Best case scenario is that longer-term Arteta will re-instill the kind of progressive, possession-based approach that the club has long been known for. In the immediate future though his appointment should add some stability and perhaps even peace of mind. God knows the club needs it.

• BRIGHTON 3-0 Sheffield Utd – This game should be shockingly entertaining for anyone who hasn’t been paying attention. Both teams are fun to watch and play a far more open soccer than the vast majority of mid-table muddlers. That said, the Seagulls have been in slightly better form coming in.

• Bournemouth 1-1 Burnley – Not much separating the teams. Neither team has been putting the biscuit in the basket too often. Tough to hate the under.

• VILLA 2-1 Southampton – Big six-pointer. Villa's defense is quietly awful but Southampton haven't exactly given us much reason to think they will do much to take advantage of it.

• NEWCASTLE 1-0 Palace – If we were giving out balls for entertainment value this game would probably fall somewhere between a half-ball and zero balls. Few redeeming quality and likely a lot of defense. Newcastle will probably generated more chances but Palace have the biggest potential game-changer in Zaha. I’ll take the home side by a whisker and more important another under.

• Watford 1-2 UNITED – Troy Deeney told me he is hopeful that Watford can turn things around over the Christmas break where the fixture congestion means a couple wins in a short amount of time and the entire picture looks different. If they buy into new coach Nigel Pearson’s simplified scheme they miiiiiiiiight just avoid relegation. For this weekend though United are in too good a form, even if something like a draw wouldn’t be all THAT surprising… especially thanks to well-known Sam's Army Bump™.

ITALY – Serie A is officially on time out because they can’t even stop being racist when they are intentionally trying to be anti-racist so we won’t mention Atalanta vs Milan or the final of the Italian Super Cup with Juventus against Lazio.

SPAIN – EL CLASICO…. kinda sucked, but credit to Zidane for getting his high-press, full field defensive tactics right in totally disrupting Barcelona all game. Unfortunately it came at the coat of Real Madrid mounting anything of their own. Ah well. Shit happens. The thing about that game as it relates to this weekend though is that Madrid players looked absolutely spent at the final whistle. They are officially on upset alert against a good Atletico Bilbao squad on Sunday (2pm CT).

So there we have it. Time to get balls deep in the strange yet wonderful holiday schedule. Have a spiffy weekend. Be safe out there, kids.